Council for Social Development Mourns the Passing of P.M. Bhargava

The Centre’s pharmaceutical pricing agency has issued a demand-notice for Rs 1,26,547 from a Haryana hospital, which sources say is the first of many more recoveries. 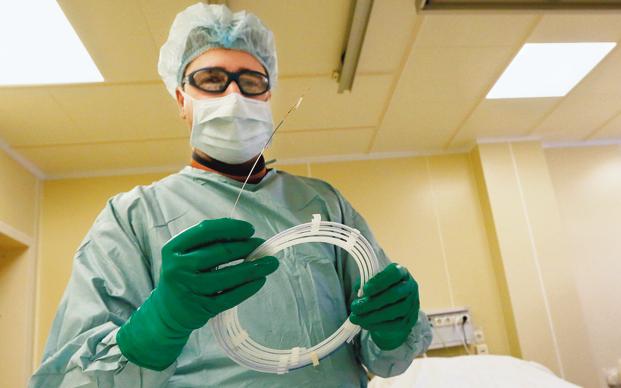 New Delhi: The National Pharmaceutical Pricing Authority (NPPA) has begun issuing demand-notices to hospitals for recovery of the excess amounts they have been charging patients on cardiac stents. Two sources in the Department of Pharmaceuticals say this is one of many notices which are soon going to be issued to hospitals. The effort of recovery comes five months after the NPPA first capped prices of stents, in February 2017.

NPPA has told Metro Heart Institute, a Haryana based hospital, to deposit an amount of Rs 1,26,547 with the agency for overcharging patients on cardiac stents. The hospital with the tagline, ‘Caring for lives,’ says it is a 400 bed hospital, located in Faridabad. Its website claims it is a hospital empanelled for the Haryana government and about 60 public sector undertakings including Indian Oil, Air India and State Bank of India.

Chand and Singh were billed on February 14 and 15 respectively. Doctors had implanted a ‘Xience Xpedtition’ drug coated stent in Prem Chand, and billed him Rs 1,25,000. Bhajan Singh received an ‘Endeavour Sprint’ stent and was billed Rs 60,000. These stents were both of the drug eluting variety. As per the government’s price caps, they both should have paid only Rs 29,600 respectively, for their stents. “It may be seen that both the patients have been overcharged which is in violation of the ceiling prices fixed for coronary stents by Government,” says the NPPA’s demand notice.

The NPPA thus calculated an amount of Rs 1,26,547 which they have asked Metro Heart Institute to pay, including an interest of 15%. The hospital has been given thirty days. NPPA can also revise this amount.

In order to make it easy for aggrieved patients to alert the NPPA on cases of overcharging, the government made a Whatsapp number available as well as a helpline, and two mobile apps. The patients aggrieved here made use of the Whatsapp number and the helpline number. Sources say this hospital, Metro Heart Institute, had the most number of complaints.

Prime Minister Modi has himself applauded his government for fixing the prices of stents. He praised the decision at political rallies in Uttar Pradesh and Himachal Pradesh. The push for this however came from an order from the Delhi High Court, based on the petition of a lawyer who moved court against the corrupt practice of overcharging for life saving stents.

In February, the government brought down the prices of cardiac stents, calling it a “heart warming decision” which would save about Rs 4450 crores annually, in excess charges to patients. The government fixed the price of bare metal stents at Rs 7260, and drug eluting stents at Rs 29600. Drug eluting stents dominate the market and have about 90 per cent of the market share. The NPPA refused to recognize any other kind of stents although companies like Abbott, Boston Scientific and Medtronic claimed that their stents were different and superior, and said the price cap would curb their ability to innovate. NPPA invited them to present data on the superiority of their stents but government sources say they have not done that.

Anticipating companies withdrawing their stents to create shortages, the NPPA also asked companies and hospitals to submit regular reports on stocks. Hospitals were also told to give detailed bills to patients, separately mentioning the cost of the stent, and not give patients consolidated bills.