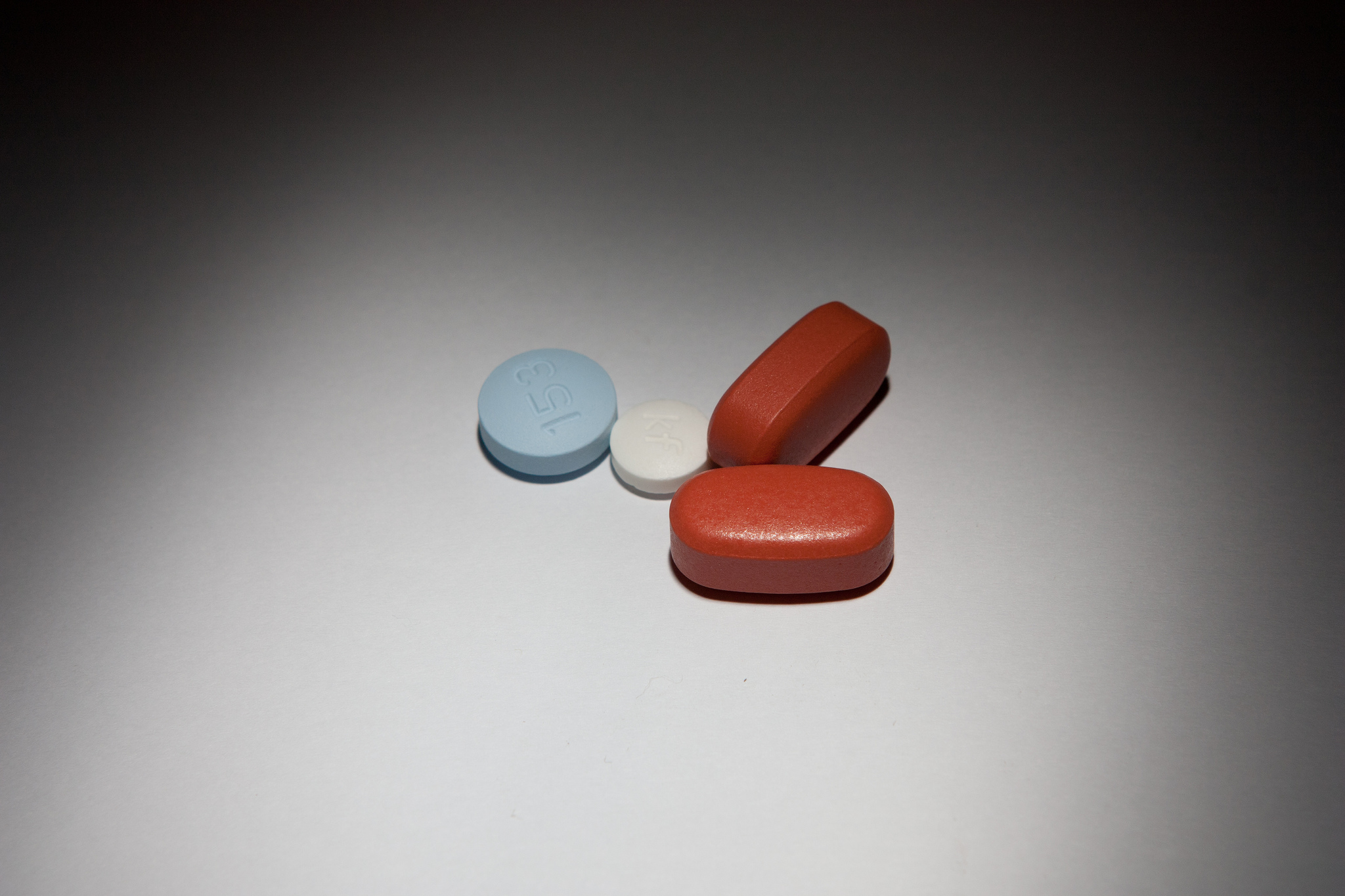 In September, India will witness the first hearing in a crucial court case on the grant of a patent for the anti-hepatitis-C drug sofosbuvir – a drug whose patent was rejected and then approved by the same patent court, albeit by two different officials. A recent report of the international medical charity Medicins Sans Frontiers (MSF) cautions about the likely huge impact of the flip-flop by the Indian patent court in case the Delhi high court, where a writ has been filed against the grant of the patent, upholds the patent office’s decision.

“It is a curious case in which the same patent office first rejects and then grants a patent,” Leena Menghaney, South Asia head at MSF’s Access Campaign, told The Wire. Worldwide, an estimated 150 million people have chronic hepatitis C virus infection, and are without access to treatment and at risk of developing liver failure and liver cancer.

Hepatitis C can be cured with a few months’ treatment with a relatively new class of oral drugs called direct-acting antivirals (DAAs). As their name suggests, they attack the virus directly. One such DAA is sofosbuvir.  Until the advent of DAAs, hepatitis C infection had been difficult to treat, with low success rates, the problem of drug resistance and at risk of discontinuation due to side-effects of previously used drugs. Hence, the development of sofosbuvir was hailed as a critical breakthrough in fighting hepatitis C infections.

Some countries have already protested Gilead’s patent on sofosbuvir. For example, China and Ukraine have rejected the patent on the pro-drug form of sofosbuvir. In Egypt, the primary patent application was reject even as a company named Pharco developed a generic version of sofosbuvir and applied for WHO pre-qualiﬁcation for it. More patent oppositions on sofosbuvir have been ﬁled in Argentina, Brazil, France, Russia and Thailand.

India, however, flip-flopped. In May 2016, a patent court granted a patent for sofosbuvir, reversing its prior rejection in January 2015. The timing of that rejection, ahead of US President Barrack Obama’s visit to the country, was seen as particularly awkward. Indeed, an MSF release said the rejection “was seen as vexing the US”.

Eighteen months later, the court decision was reversed and a patent was granted. A media report charged that the official who rejected the patent in 2015 “faced a backlash”. Menghaney concurred: “The US pressure seems to be working in India to the extent that India can reverse its patents decisions.”

Shamnad Basheer, former professor at the National University of Juridicial Sciences, Kolkata, commented, “Given the continuing US pressure on India to toe the patent line and rescript it in line with western industrial interests, one wonders if any pressure was brought to bear on the present Controller. Particularly so, since the patent office followed this curious practice of partitioning the various oppositions (without even permitting one opponent to sit through proceedings of the other opponent) and closed what are essentially public hearings from the eyes of the outside world.”

In a post at Spicy IP, Basheer criticised the patent’s office ruling on several grounds. These include the interpretation of section 3d in chapter II of the Indian Patents Act, which explains one of the key clauses for inventions that are not patentable. It states,

Explanation.—For the purposes of this clause, salts, esters, ethers, polymorphs, metabolites, pure form, particle size, isomers, mixtures of isomers, complexes, combinations and other derivatives of known substance shall be considered to be the same substance, unless they differ significantly in properties with regard to efficacy.

He also argued that the ruling in May 2016 on the one hand said that Gilead’s compound was not a known derivative of a previously known compound, and so Section 3d was not applicable. On the other hand, the ruling went on to say that the Gilead compound had “an added layer of efficacy”. “Efficacy compared with what?,” if there is a known previous compound, asks Basheer. The ruling also placed the burden of proof of section 3d on the patent’s opponents when it should have been put on the patent claimant, he adds.

The grant of the patent is now being contested in the Delhi High Court by Intellectual Property, Initiative for Medicines and the Delhi Network of Positive People that fights for access to affordable medicines for the HIV-infected. MSF fears that, if the patent is upheld, it “will block additional competition from the Indian generics companies that do not want to sign a voluntary licence with Gilead, leaving them unable to supply sofosbuvir to millions of people in India and other middle-income countries.”

Gilead has signed licences with multiple generic manufacturers in India to produce the drug and sell it in the world’s poorest countries, but these generic companies are prohibited from selling more affordable versions of sofosbuvir to many middle-income countries, where approximately 50 million people with hepatitis C live, says MSF. “This is leaving people in these countries vulnerable to the high prices Gilead chooses to charge.”

The patent also covers the raw materials to make the drugs, or the active pharmaceutical ingredients (APIs), which means the US company can control the supply of raw materials or APIs for sofosbuvir and “would allow Gilead to disrupt or stop exports of the raw materials from India,” claims MSF. This will make it difficult for the generics companies in Egypt, Bangladesh, Pakistan and Latin America that are producing sofosbuvir without a patent in force – and without a licence agreement with Gilead – to continue production, the organisation warns.

Ironically, around the time India granted a patent to Gilead, a WHO-led study, published in the journal PLOS ONE in June 2016, concluded that the “current prices of these medicines are variable and unaffordable globally. These prices threaten the sustainability of health systems in many countries and prevent large-scale pro-vision of treatment. Stakeholders should implement a fairer pricing framework to deliver lower prices that take account of affordability. Without lower prices, countries are unlikely to be able to increase investment to minimise the burden of hepatitis C.”

The PLOS ONE study found a significant variation in the prices of the medicines for hepatitis C across countries, particularly when adjusted for gross domestic product, and that “poorer countries may be paying higher adjusted prices than richer countries.”

“The total cost of treating all patients with hepatitis C would be equal to at least a tenth of the current annual cost for all medicines in all of the countries studied. In some countries where prices are high and the burden of disease is large, the total cost of treating all infected patients would be more than the cost of all other medicines put together,” the study said.

And “if a patient had to pay for the treatment out of pocket, the total cost of a full course of sofosbuvir alone would be equivalent to one year or more of average earnings for individuals in 12 of the 30 countries analysed by the study researchers.”

The study adds to a November 2015 report in The Lancet, which looked at the availability and affordability of sofosbuvir and other anti-hepatitis-C DAAs such as daclatasvir, ledipasvir-sofosbuvir, simeprevir, ombitasvir-paritaprevir-ritonavir and dasabuvir.

I-MAK’s cofounder and director Tahir Amin said, “Sofosbuvir is not deserving of a patent. It was developed using previously published techniques that have been used repeatedly in other antiviral drugs. In fact, Gilead’s unjustified patents on sofosbuvir have already been rejected by China, Ukraine and Egypt. Unfortunately, the Indian patent office’s decision is flawed, ignores the scientific facts and fails to uphold the standards of Indian patent law to ensure only new inventions are patented.”

Pharmacy of the developing world

India, widely regarded as the pharmacy of the developing world, “is under pressure to drop its public health safeguards,” warns the July 2016 MSF report. Some 76% of the antiretroviral drugs used in low- and middle-income countries come from India, as do 97% of the drugs used by MSF. The country has encouraged generic competition for decades since it did not introduce patents for pharmaceuticals until 2005 (when it had to comply with international trade rules under the WTO agreement on Trade-related Aspects of Intellectual Property Rights, TRIPS). Its national patent laws include public health safeguards such as stringent patentability criteria and the opportunity to ﬁle legal challenges to patents before and/or after they are granted (called pre-and post-grant patent oppositions).

India has fought off numerous challenges to its public health safeguards but it has been under excessive external and domestic pressure – led by the multinational pharmaceutical lobby – to change its national IP laws and policies, or sign free trade agreements that will dismantle them. Since 2013, pharmaceutical industry-led pressure from the US has been escalating. The MSF stresses that India must reject the demands to grant patents more easily, as well as fight TRIPS-plus rules that the United States is trying to force upon India’s commerce ministry.

India should also eschew trade agreements that include intellectual property provisions – so-called ‘TRIPS-plus’ provisions – that exceed countries’ obligations under the WTO trade rules, according to the MSF. These include the European Union-India free-trade agreement, the Trans-Pacific Partnership and the Regional Comprehensive Economic Partnership, all of which are currently being negotiated.

COVID Vaccines: Where Does India Truly Stand on the TRIPS Waiver?

A Coronavirus Outbreak May Have Swept East Asia 20,000 Years Ago

The Divergent Paths of Drug Prices in India and the US