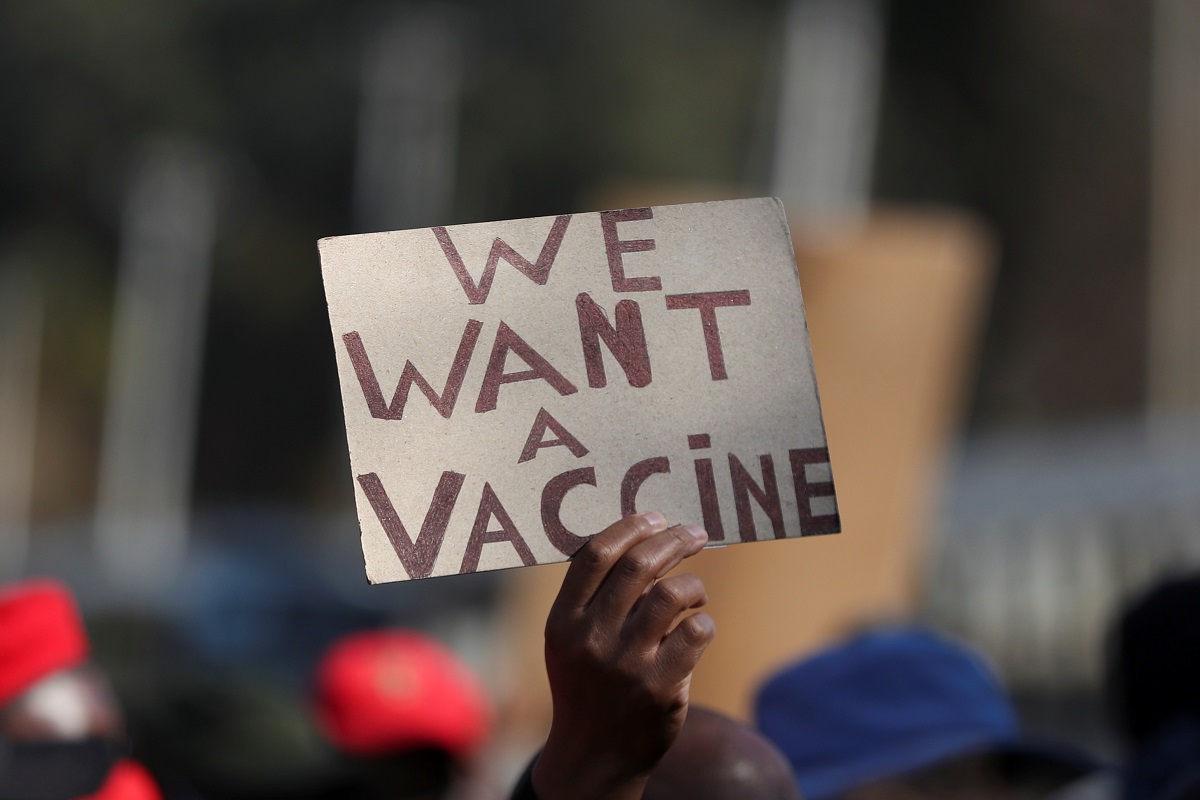 The Govt Allows Miners To Pay and Mine. Can Khori Gaon’s Residents Pay and Stay?

New Delhi: At least three chief ministers have said that private hospitals are not able to efficiently administer doses of COVID-19 vaccines available with them, asking the Union government to reduce their allocation to quicken the pace of the inoculation drive, according to a News Minute report.

The report says that Andhra Pradesh chief minister Y.S. Jagan Mohan Reddy had written to Prime Minister Narendra Modi on June 28, saying that private hospitals are unable to fully utilise the doses allocated to them.

“The past experience and the demand for vaccines at private hospitals in Andhra Pradesh clearly indicate that such huge quantities of vaccine cannot be utilised by the private hospitals,” he wrote, asking the Union government to procure and supply these unused vials to government centres.

According to The News Minute, although nearly 35 lakh COVID-19 vaccine doses were allotted to private hospitals in Andhra Pradesh since the beginning of May 2021, just 4.63 lakh have been administered.

Not just the Andhra Pradesh chief minister, but his counterparts in Tamil Nadu and Odisha have also asked the Union government to reduce the allocation to private hospitals, saying many doses are not being administered. According to The News Minute, while M.K. Stalin proposed that the allocation of private hospitals be reduced from 25% to 10%, Naveen Patnaik suggested that it should be cut down to just 5%. This, the chief ministers said, could boost the pace of vaccination.

Under India’s latest vaccination policy, 75% of the doses that are produced in India are procured by the Union government and distributed to states, free of cost. The remaining 25% is left for private players to purchase and sell.

Experts told The News Minute that the prohibitive cost at private hospitals – Rs 1,410 per dose of Covaxin, Rs 1,145 per dose of Sputnik and Rs 780 per dose of Covishield, coupled with a probable disinclination on the part of hospitals could be two major reasons why many doses have not been utilised by private players.

R. Ramakumar, an economist and professor at Tata Institute of Social Sciences (TISS), told the website, “Covaxin, for example, can work up to around Rs 1,380, including tax and service charges. For two doses, the expense that people will have to incur is around Rs 2,700. This is half the monthly income of many people. So, the poor have been excluded by design from this programme.”

He suggested that after the new vaccine policy capped the service charges of private hospitals at Rs 150, profit margins have dropped. “So, this could be a reason that the private hospitals are also not too keen on administering COVID-19 vaccines,” he said.

However, T.V. Ramana Murthy, president of the Krishna district unit of the Andhra Pradesh Private Hospitals and Nursing Homes Association claimed that the lacklustre administration of vaccines at private hospitals is due to ‘lack of publicity’ by the government.

Dr Arja Srikanth, the COVID-19 nodal officer for Andhra Pradesh, also said that the price per dose charged by private hospitals keeps the vaccine out of the reach of many individuals.

A report by The Wire‘s Naomi Barton had suggested that in urban areas, the poor are particularly disadvantaged as a large majority of vaccination centres are paid. Between 2-3 pm on June 29, analysis of available vaccine slots in Delhi on the Co-WIN portal showed that 74% of the doses were available at paid centres. In some districts, this was as high as 98%.

This would suggest that many who are willing to take the vaccine but cannot afford to pay the fees charged by private hospitals, could be missing out.

The situation in the US

While in India, the issue is either shortage of vaccines or improper allocation, many states in the US are sitting on millions of doses for which they have no use.

According to Stat, states in the US have administered 52.36 million fewer doses than they have received. The report says that while some of the gap could be attributed to delays in reporting or wastage, “even a conservative estimate suggests at least half is likely excess vaccine”. This would mean that there are 26.2 million unused doses at the state level.

As vaccine demand starts to fall in the country – nearly half its 18+ population has been fully vaccinated – it appears inevitable that a significant number of doses of vaccines will expire. US health officials mandate that vaccines that have not been used before a stipulated period of time should be discarded.

In North Carolina alone, Stat reported, 119,756 doses will expire in July, while another 854,548 will do so in August. “Hundreds of thousands more will expire in the fall,” the report says. The US has bought 1.41 billion COVID-19 doses, of which 390 million have been distributed.

While the Joe Biden administration has announced plans to provide vaccines to lowe and middle income countries – the sharing of 80 million doses has already begun, while another 500 million would be bought for the purpose of distribution – some are of the opinion that the US could do more to redirect its existing stocks rather than letting them go to waste.

“They’re real doses sitting on shelves and not waiting to be manufactured. That could change the game in terms of speed,” Jenny Ottenhoff, senior policy director of the non-profit organisation ONE Campaign, told Stat. “Right now, the most important thing in terms of sharing doses internationally is sharing it fast.”

Bureaucratic red tape and financial constraints on state governments is preventing them from redistributing doses that are available with them, but the US federal government could, if it so decides, deploy them elsewhere in the world.

Even as Western countries begin to ease restrictions on public gatherings, health experts are worried that if the virus is allowed to circulate among populations elsewhere, the coronavirus might continue to mutate and make existing vaccines ineffective.