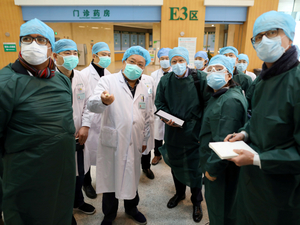 New Delhi: In an open letter, 24 scientists and researchers from Europe, the US, Australia and Japan said on Wednesday that a joint study by China and WHO to probe the origins of COVID-19 did not provide credible answers about how the pandemic began, according to Reuters.

They said that a more rigorous investigation is required, irrespective of whether China would like to be involved. This condition has arise because, the letter said, the study’s conclusions were based on unpublished Chinese research while critical records and biological samples “remain inaccessible”.

Jamie Metzl, a member of the WHO’s advisory committee on genome editing and one of the experts who penned the letter, said in a tweet, “Rather than addressing the issues raised in our open letter on COVID origins, the Chinese foreign ministry is deflecting yet again and accusing our group of experts of smearing China.”

WHO released a report of the joint study on March 30, 2021, that shared the results of a four-week trip by an international team of scientists who visited China. The team was tasked to identify the most likely ways in which the novel coronavirus could have found its way to humans, Science News wrote.

According to Smithsonian Magazine, the report concluded that the coronavirus infection may have started in an animal that carries many kinds of coronaviruses, like a bat. That animal probably transmitted the virus to an intermediate host, like a mink, pangolin, civet or racoon dog, that then passed the virus to humans.

According to NPR, the investigation also found that the virus was making humans sick many days before it appeared at the Hunan seafood market in Wuhan. The crowded, indoor aisles in the market also provided an environment where the respiratory virus could have spread easily.

Research published last month in Science used genetic data and computer models to suggest that the virus may have jumped from an animal to humans in mid-October to mid-November 2019, according to Smithsonian.

WHO director-general Tedros Adhanom Ghebreyesus said in a statement on March 30, “This report is a very important beginning, but it is not the end. We have not yet found the source of the virus, and we must continue to follow the science and leave no stone unturned as we do.”

According to National Geographic, some experts pointed out that the evidence both for and against the lab leak theory is the thinnest section of the report.

India had reacted for the first time to the WHO origins study on April 1. “The Director-General of WHO has raised concerns about delays and difficulties for the investigating team in accessing original data and samples,” the external affairs ministry had said. “We fully support the director’s expectation that future collaborative studies will include more timely and comprehensive data sharing. We welcome his readiness to deploy additional missions.”

Fourteen countries – including US, Australia, and UK – have also expressed “shared concerns” regarding the WHO-convened study. But China has their concerns. Chinese foreign ministry spokeswoman Hua Chunying said, “It can only hinder global cooperation in tracing the virus origins,” according to Business Standard.

Health Minister Harsh Vardhan, WHO’s executive board chairman, did not comment on the report.