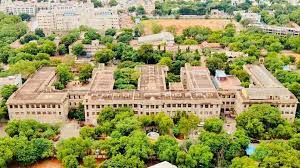 New Delhi: The dean of a state-run medical college, A. Rathinavel, was relieved of his post and put on a waiting list for a new post after the ‘Maharshi Charak Shapath’ – instead of the Hippocratic Oath – was administered to new students. A departmental inquiry has also been ordered by Tamil Nadu health minister Ma Subramanian.

At the Madurai Government Medical College, instead of the Hippocratic Oath, the Maharshi Charak Shapath was administered on Saturday to the newly admitted students. An official press release from the government termed this “strongly condemnable”.

Tamil Nadu finance minister Palanivel Thiaga Rajan was present when the oath was administered, and immediately made his disagreement known. He took the mic and said, “I always thought that the doctors took a Hippocratic oath. In fact, I’ve been recommending politicians to take the same oath.”

The government said it would advise heads of all state-run medical colleges through a circular to always follow the Hippocratic Oath without fail.

Union health minister Mansukh Mandaviya had said in Parliament that ‘Maharshi Charak Shapath’ would be optional and not forced on medical students. Union minister of state for health said in the Lok Sabha in March 2022 that there is no proposal under consideration to replace the Hippocratic Oath.

Charaka Shapath is a passage from the ‘Charaka Samhita’. The Samhita is a Sanskrit text on Ayurveda. It has been criticised as being regressive and casteist, with The News Minute quoting doctors as saying that it is “completely out of sync with modern scientific medicine, modern social practices”. Some reports say that a part of the oath administered at the Madurai Government Medical College stated that male doctors will not treat female patients.

Earlier, The News Minute reported, a letter from a group of doctors in Karnataka said that Charak Shapath mandates things such as “growing of beard and hair”, “praying for cows and Brahmins,” “not treating those who are in opposition to the King or whom the physician or society may despise” and “not giving any priority or any treatment at all to those who are gravely ill”.

“While the ancient Hippocratic oath makes a physician duty bound to his patients, without considering political positions or gender, it restrains from performing abortions. The modern oaths, belonging to the present, with tremendous advances in modern sciences and establishment of liberal democratic social structures, make it very clear that every human shall be treated equally and the physicians must be committed to treat fellow humans to the best of their abilities under any circumstances,” the doctors’ letter was quoted as saying.

The Hippocratic Oath is an ethical code attributed to the ancient Greek physician Hippocrates and is widely used across the world by medical practitioners.

The state BJP has reacted against the dean’s removal. Spokesperson Narayanan Thirupathy told ANI, “Hippocratic oath is a westernised way of taking the pledge. NMC recommended the old Indian way of medicine (Maharshi Charak Shapath). Unnecessary politics should be avoided. The Centre said it’s optional. Why should you suspend the dean? DMK has always loved the westernised model.”