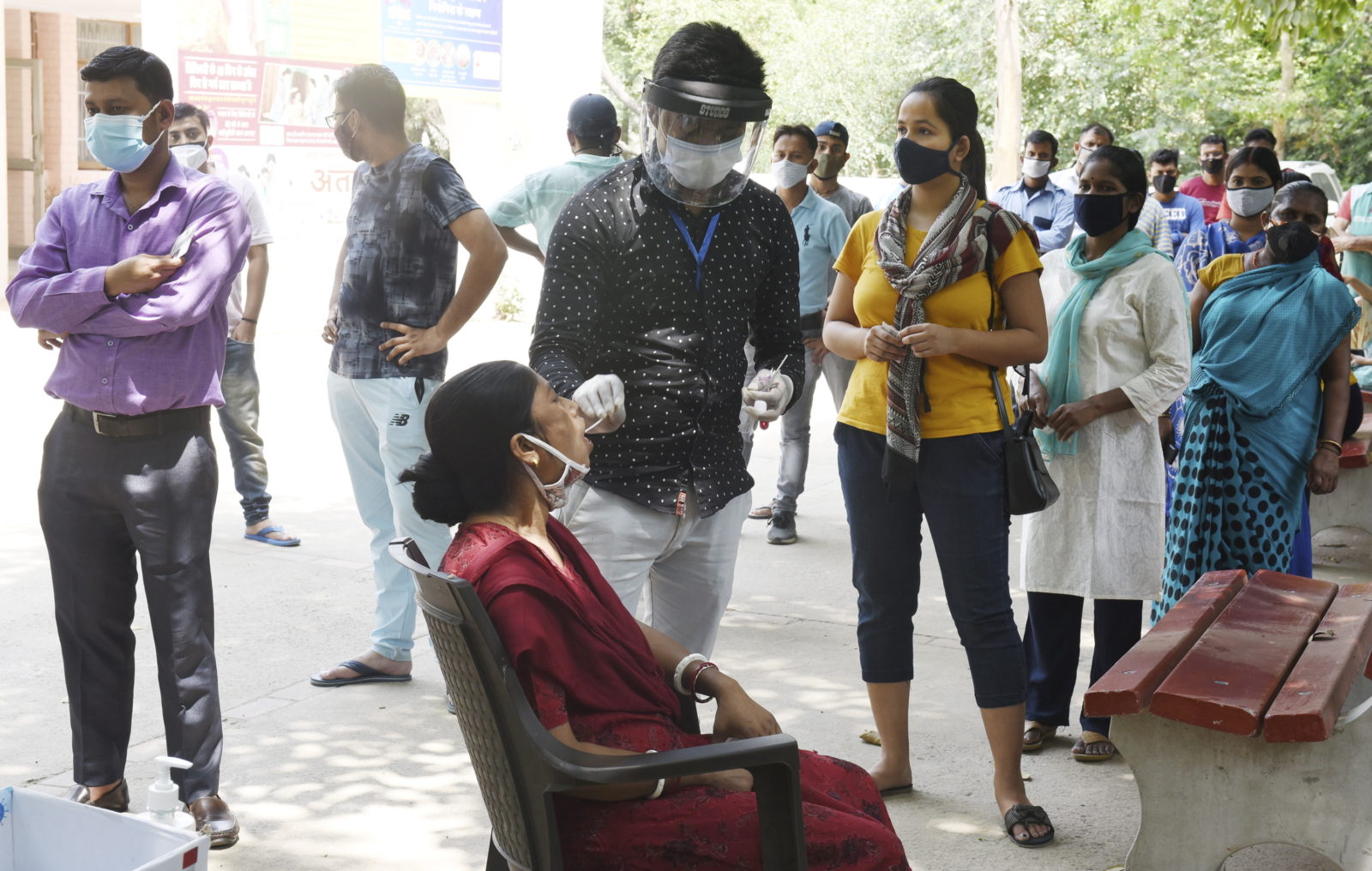 A health worker collects a sample for a COVID-19 test in Gurugram. Photo: PTI

Jammu: The number of new COVID-19 cases India has been reporting has been declining since May 1. On May 3, the country added just over 3.55 lakh new cases, after a steep rise in the last week of April. The noticeable drop in the number of cases on May 3 is in fact the biggest single-day drop recorded in India’s second-wave of COVID-19 thus far.

But does this decline mean that India is showing early signs of flattening the curve of its second wave?

One of the reasons for this decline could be low testing rates. According to official numbers, India tested around 19 lakh samples on April 30 whereas, just over 15 lakh on May 3.

Similarly, the testing in Delhi, Maharashtra, Uttar Pradesh and Kerala also saw a decline in numbers particularly on May 3. However, low testing on Sundays is not unusual and a drop in the active cases on Sundays and Mondays (as it usually takes a day for reports to be processed) is not unusual either. The number of cases and the number of testing in the coming weeks could reflect if India is indeed slowing the spread of COVID-19 in its second-wave.

The health ministry also said that the positive cases relative to the number of tests conducted also decreased on Monday May 3, for the first time since April 15.

Meanwhile, citizens continue to feel the crunch for essential medication and oxygen cylinders across the country.

On Monday two hospitals in Bengaluru city, with around 2 lakh active cases, sounded an ‘SOS’ saying that their oxygen concentrators can last only a few hours.