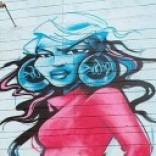 In his address to the nation at the Red Fort on 15 August 2014, Prime Minister Narendra Modi set his government the ambitious target of making India ‘open defecation free’ by Mahatma Gandhi’s 150th birth anniversary on 2 October 2019. Subsequently christened the Swachh Bharat Mission (SBM), the campaign was launched with much fanfare by Modi on 2 October 2014 with the involvement of various celebrities. The spotlight he turned on was much needed as India faces almost herculean challenges on the sanitation front. The country still has more than 4 lakh people engaged in manual scavenging despite legislation prohibiting this, and more than 50% of the nation’s population continues to defecate in the open.

Despite critics labelling the SBM ‘old wine in a new bottle’ and arguing that it is not very different from the previous government’s Total Sanitation Campaign (TSC) and Nirmal Bharat Abhiyan (NBA), one thing cannot be denied: By involving himself directly in the campaign, Modi has managed to highlight the issue of sanitation in a way that none of his predecessors ever had.

One year on, it’s time to take a good hard look at the SBM.

The mission to make India clean is expected to cost a whopping ₹133,000 crore over five years. However, the union budget slashed the allocation for SBM to ₹2,625 crore from the ₹4,260 crore allocated in 2014-15. The government states that the funding gap will be filled through a number of initiatives such as imposing a special Swachh Bharat Cess, activating the Swachh Bharat Kosh to tap Corporate Social Responsibility (CSR)  funds and getting states to pony up money from the increasing share of taxes and duties they will get from this year. But again, it is unclear how much money exactly these initiatives will be able to mobilise and how they will be managed.

In the first nine months of 2014, about 25 lakh toilets were built and in the next three months about 24 lakh toilets were constructed – making it 49 lakh toilets built in fiscal year 2014-15. While that may seem like an impressive number, it pales in comparison to the gargantuan 11.12 crore toilets that need to be built over the next four years to achieve total saturation under the SBM. It is not clear how the jump from constructing just 50 lakh toilets per year to 2.6 crore toilets a year will be managed and done.

Equally, the exponential increase in toilet construction in the last three months of the financial year is a serious cause of concern. A simple on-ground verification of numbers uploaded on the MDWS website in a few areas found that many of the toilets claimed may not actually exist on the ground. This was revealed when organisations working in those areas went to provide the communities where such toilets were built information on post-construction usage and instead found the toilets missing. This raises questions on the efficacy of the SBM’s monitoring systems and it is not clear if the current systems (that largely remain unchanged) have put in place an appropriate mechanism to address such challenges.

Another area of worry is the cut in resources allocated for behaviour change. Over the past seven months, urban areas have been inundated with billboards, posters, TV and radio ads urging people to keep their surroundings clean and build toilets in their houses. While the government has spent a lot of money on this mass media campaign, it is as yet unclear if the campaign has managed to change people’s attitudes and approach towards sanitation. In India, the major challenge is getting people to use toilets once constructed, but only a meagre 8% of funds have been directed towards this.

To enable the creation of organic demand for sanitation among communities, SBM emphasises creating foot soldiers termed as Swacchata Doots. While this frontline work force is much desired, only 8,890 Swachhata Doots have been identified so far against the 76,108 needed in urban areas. The rural scenario looks even worse. According to one estimate, 6.4 lakh people will be needed from the panchayat to state levels to run this programme but the SBM is unclear on how this huge human resource crunch will be filled. The larger challenge is that of lack of trained human resources at every level, which has led to sub-optimal performance of mandated bodies like the State Water and Sanitation Missions and District Water and Sanitation Missions. Without a real fillip to these, the supply side challenge will not be met.

Time is running out

A lot of effort is needed to translate the vision and mission of a massive campaign such as the SBM into real actions on the ground.

For SBM to work, it is critical to concentrate on creating demand and responding to such demands without delay in the release of funds. In addition, information on state, district and block-wise funds approved under SBM needs to be made easily available for people to know the annual plans and allocations for making their demands. While the expectation is on the communities to demand and build toilets and adopt new sanitation and hygiene behaviours, it is equally important for state mechanisms, civil society and community organisations to be vigilant about any misuse of funds. We also need to be working towards changing deep-seated individual and social attitudes that lead to open defecation and other unhygienic practices among different communities. It is when such efforts come together that success stories such as Nadia district from West Bengal becoming the first district in the country to achieve open defecation free status can truly be celebrated.

Sanitation needs to be seen as a life cycle issue and hence providing sanitation facilities at work, education and other public spaces is important. This requires investing in the right place at the right time and in the most appropriate manner. Time is running out and the Mahatma’s 150th birth anniversary is not far away. The SBM should not become yet another government scheme that makes the right noises initially only to die a quiet death once the spotlight moves away.

‘We Don’t Believe In Net-Zero at the Moment’: Top Pakistan Climate Official