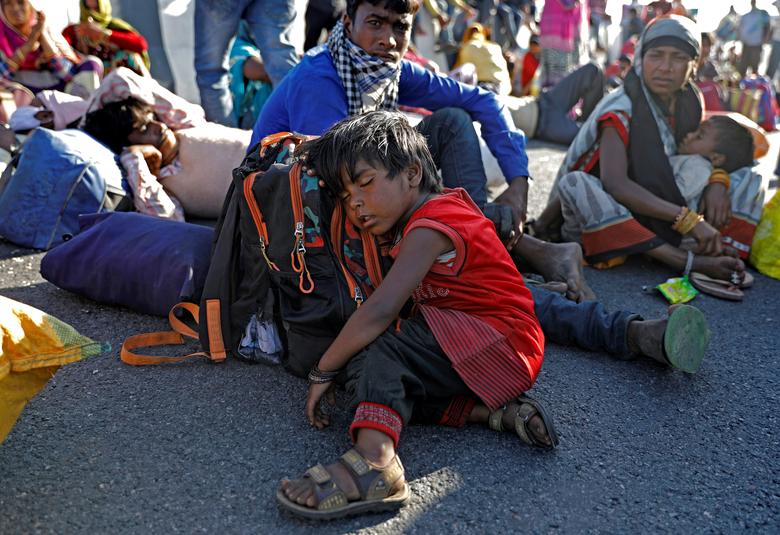 New Delhi: The Central government has three important, senior-level committees on nutrition, which are meant to provide policy directions and also monitor the implementation of related welfare schemes. One would assume that the last 10 months have been extremely busy for these committees, given the COVID-19 pandemic, lockdown and related unemployment.

On the contrary, though, The Hindu reported on Thursday that the committees haven’t met even once since the virus was first discovered – even though they are required to meet once every three months. Chandrakant S. Pandav, one of India’s most senior nutrition policy specialists and a member of one of these committees, told the newspaper that “he is depressed and angry” at the “collapse” of the nutrition system as the “situation has gone from bad to worse, which could have been prevented”.

“The NNC held its last meeting in October 2019, and the EC met last in February 2020. According to the NITI Aayog’s website, the NTBN has met only twice and its last meeting was held in August 2018,” The Hindu reported.

Pandav believes that the pandemic should have meant these committees meet more rather than less (or not at all). “COVID-19 is the reason why these meetings should have been held urgently. COVID-19 has scuttled everything. I am depressed and angry. The situation [poverty and hunger] has gone from bad to worse, which could have been prevented. We could have used imaginative ways of engaging communities, but we lost the opportunity to reach them. We could have given the best of services,” he told The Hindu.

A member of the EC, who wished to remain anonymous, also expressed similar anguish. “Before COVID-19 there was a tempo around nutrition, which to some extent has slowed down. But there is a need to realise that COVID-19 has put a lot of pressure on the under-privileged, especially women and children, who need nourishment at a time income levels have gone down. We need to put our heads together to ensure this,” he told The Hindu.

While the Indian governmental committees failed to meet, across the world NGOs and governments have recognised that the pandemic may lead to increased hunger levels and reduced nutrition levels globally. In July, UNICEF said that 6.7 million additional children under five could suffer from wasting as COVID-19 leads a socio-economic crisis along with the health crisis.

Even before the pandemic, hunger levels in India should have led to serious government concern. On the Global Hunger Index 2020, India ranked at the 94th position out of 107 countries, and was in the ‘serious’ category. This is particularly worrying because the data for this report did not take into account the pandemic period.

The Right to Food campaign conducted an independent study in September and October 2020, and researchers found that more than five months after the nationwide lockdown came to an end, the hunger index among the poor and the marginalised section of society was grave in as many as 11 states.

Given these circumstances, it is surprising that the government’s top nutrition committees haven’t even met, let alone put in place a plan of action.

The Wire Science@TheWireScience
4 Following 27.7K Followers
Agrarian scientist Debal Deb, known as India's 'rice warrior', was particularly critical of what he believes are th… https://t.co/gYpYSo5K7w
7 hours ago
On October 5, #CarolynBertozzi became the eighth woman to win a Nobel Prize for chemistry while #BarrySharpless bec… https://t.co/aldNXwbfwn
9 hours ago
1
RT @1amnerd: In 2021, 13 kids died due to poisoned cough syrup made by a drug maker in HP. The culprit was a licensed manufacturer older th…
11 hours ago
27
Per the 2018 annual report of the erstwhile University Grants Commission, India had 725 universities (at the time),… https://t.co/G5WGYlLwz1
11 hours ago
3 3
RT @1amnerd: "Government drug labs in at least seven states and one Union territory have either not conducted impurity tests ever or haven’…
11 hours ago
5
The Kedarnath yatra this year has received as many pilgrims who visited the temple in 2019 in just three months. Bu… https://t.co/Sbay90wD0x
12 hours ago
1 4
A story of three scientists who simplified drug synthesis, the study of glycans and the pronunciation of reaction n… https://t.co/aZYLMFhaSX
1 day ago
3
The idea of a global treaty on plastic pollution was perhaps set into motion after India's call for a global ban on… https://t.co/lknp51ARlS
1 day ago
1
The Nobel Prize in Chemistry 2022 was awarded to Carolyn R. Bertozzi, Morten Meldal and K. Barry Sharpless for the… https://t.co/w4yyTNVmXj
1 day ago
3
Evidence of the usefulness of the work of Svante and others is the quantity of funds, time and interest that have b… https://t.co/j41ZccfKGX
1 day ago
In an extended interview with @TheWireScience, agrarian scientist Debal Deb spoke at length about the problems with… https://t.co/YqatewqiTF
1 day ago
1
Next month, diplomats from around the world will begin the first negotiations over the scope and aspirations of the… https://t.co/Iu4l3HPjFi
1 day ago
4 7
The work of the three individuals who have won the #NobelPrize for physics this year won't just make you go "wow".… https://t.co/mqJJQiNvey
2 days ago
1 4
When some researchers have suggested that certain alien species may help ecosystems, they've been met with fierce d… https://t.co/6m5hl0b5Kp
2 days ago
1
#AlainAspect, #JohnFClauser and #AntonZeilinger won the 2022 Nobel Prize in Physics for their experiments with enta… https://t.co/VyT2HrIhJy
2 days ago
3
Contact us