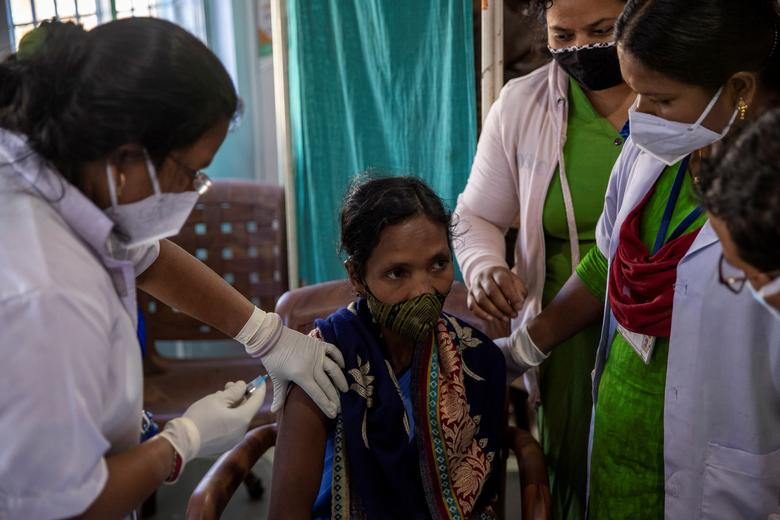 Nuh accounts for over 4% of Haryana’s population but less than 1% of total vaccinations, IndiaSpend reported.

According to Times of India, the health department in Nuh’s district administration said that in March 2021, 50-60 residents had written letters to Chief Minister Manohar Lal Khattar that they were avoiding the vaccines because they thought it contained “pig parts” and could cause “infertility”.

However, the Palwal health department said it couldn’t force people to take the shots. Brahmdeep Sandhu, the district’s chief medical officer, told Business Today that vaccination is a voluntary affair and therefore he would not get involved.

Nuh had the second highest COVID-19 seropositivity among Haryana’s districts in the state government’s first seroprevalence survey, conducted in August 2020, per IndiaSpend. But as of April 2021, the district had reported fewer than 10 active cases at a time since February.

A farm labourer from Nuh told IndiaSpend, “When there is no COVID-19 in the village, why should we get vaccinated? We are scared of the vaccine. We don’t want to die because of it.”

Surendra Yadav, chief medical officer at Nuh, told IndiaSpend that the district is conducting 600-700 RT-PCR tests every day but given the current low positivity rate, there is no need to conduct more tests.

In Uttar Pradesh, rural areas have reported nearly as many new COVID-19 cases as its urban areas have in the country’s ongoing ‘second wave’, according to Indian Express.

The state’s health officials on April 1 appealed to those older than 45 years in the state’s rural areas to get their COVID-19 shots at the earliest.

Amit Mohan Prasad, additional chief secretary of health, appealed to people to not harbour any misconceptions that the coronavirus would affect only those in the urban areas. He added that around half of the recent cases were in fact from rural parts, the report said.

Also read: Cooperation Made the Vaccines, But Capitalism Will Extend the Pandemic

A nationwide survey conducted by Gaon Connection in December 2020 found that only 44% of people surveyed in rural areas were willing to pay for the COVID-19 vaccines; 36% people said they wouldn’t. The survey was conducted across 60 districts in 16 states and one union territory, with a sample size of 6,040 households.

According to Quartz India, having to register online for vaccine has also meant those without smartphones and access to the internet are being left out.

Dr Ishan Turkar, doctor at a PHC in Palghar, told Indian Express, “Even if counselled, villagers are unable to travel 17-20 km to the nearest centre just for vaccination. And if they eventually do reach, the internet is too slow and it takes hours to register and verify online.”

Dr Prabir Chatterjee, a doctor in rural Bengal, told Quartz, “If you want to do vaccination in slum areas, you have to have centres there which are run by the government. Currently, such infrastructure is missing in many urban settlements.”