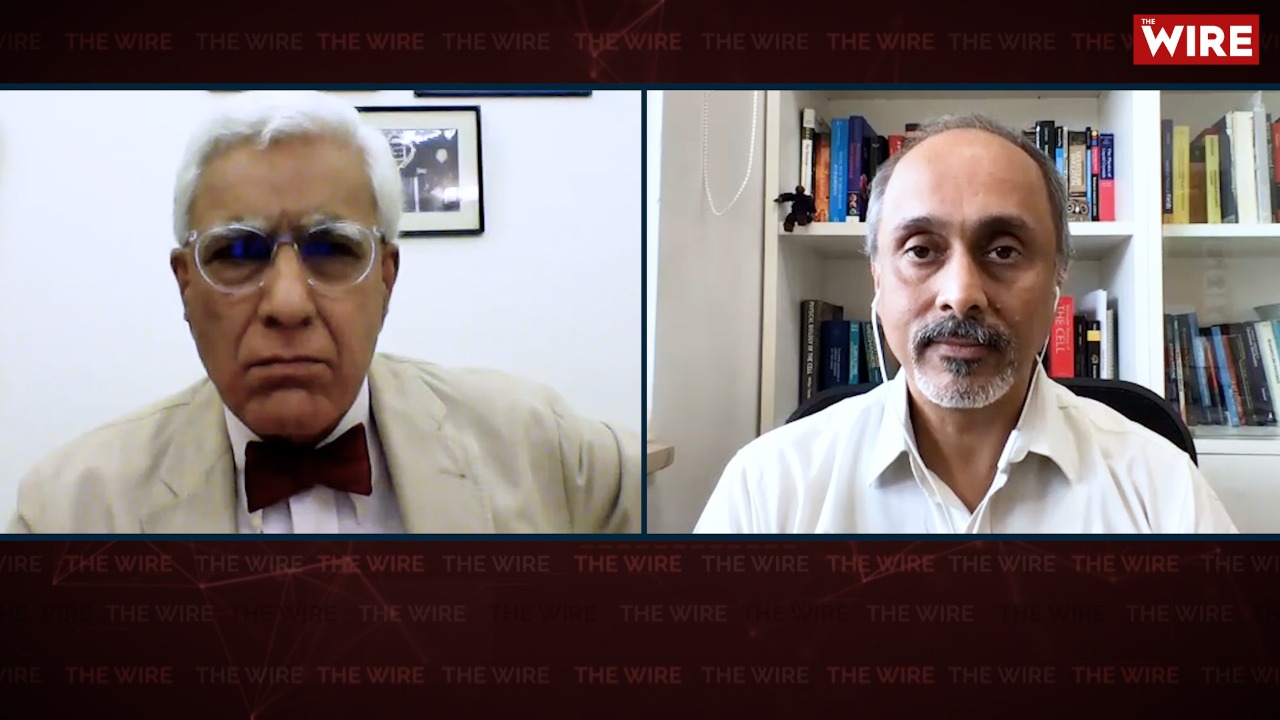 A Way Forward to Reduce Irrigation Water Use in India

One of India’s foremost mathematical modellers has said the present sharp and sudden surge of COVID-19 should peak in mid-May with between 500,000 and 600,000 cases per day.

Professor Gautam Menon was more reluctant to put a precise figure to the daily deaths, when the surge reaches its peak, but did agree to put a ballpark figure. He said it should be double the present daily death rate which is just over 3,500. That suggests that at the present surge’s peak in mid-May daily deaths will be probably around 7,000.

In a 22-minute interview to Karan Thapar for The Wire, Menon, who is Professor of Physics and Biology at Ashoka University as well as the Institute of Mathematical Sciences in Chennai, explained that when he says the present surge will peak in mid-May the range of dates he has in mind are from the 10th to the 25th of that month.

In the interview to The Wire, Menon also estimated that if the daily increase of officially detected cases is nearing 400,000 his mathematical models suggest the undetected cases could be 20-25 times more. He added that at the moment it’s likely to be “closer to 25 times more”. That suggests the number of undetected daily cases will be between 8 and 10 million a day and probably closer to the 10 million figure.

Menon told The Wire that he believes mutant strains (the British variant and the so-called Indian double mutant) are “completely responsible for the present surge”. He disagrees with recent articles in the Financial Times, quoting British experts, and the New York Times, quoting American experts, which say there is “little hard evidence about the virulence and transmissibility of the variant”. He said whilst he agrees the mutant strains spreading in India are not more virulent he disagrees about transmissibility. They are clearly more infectious than the original strain.

However, Menon said Maharashtra – both the state and Mumbai, its capital – has shown distinct and clear signs of improvement. His own model projected this to happen from the 20th of April and that has been the case for the last 10 days.

Menon also told The Wire he was not in favour of a nationwide lockdown and the present situation does not suggest a need for one. Regional lockdowns are a much better way of handling the situation.