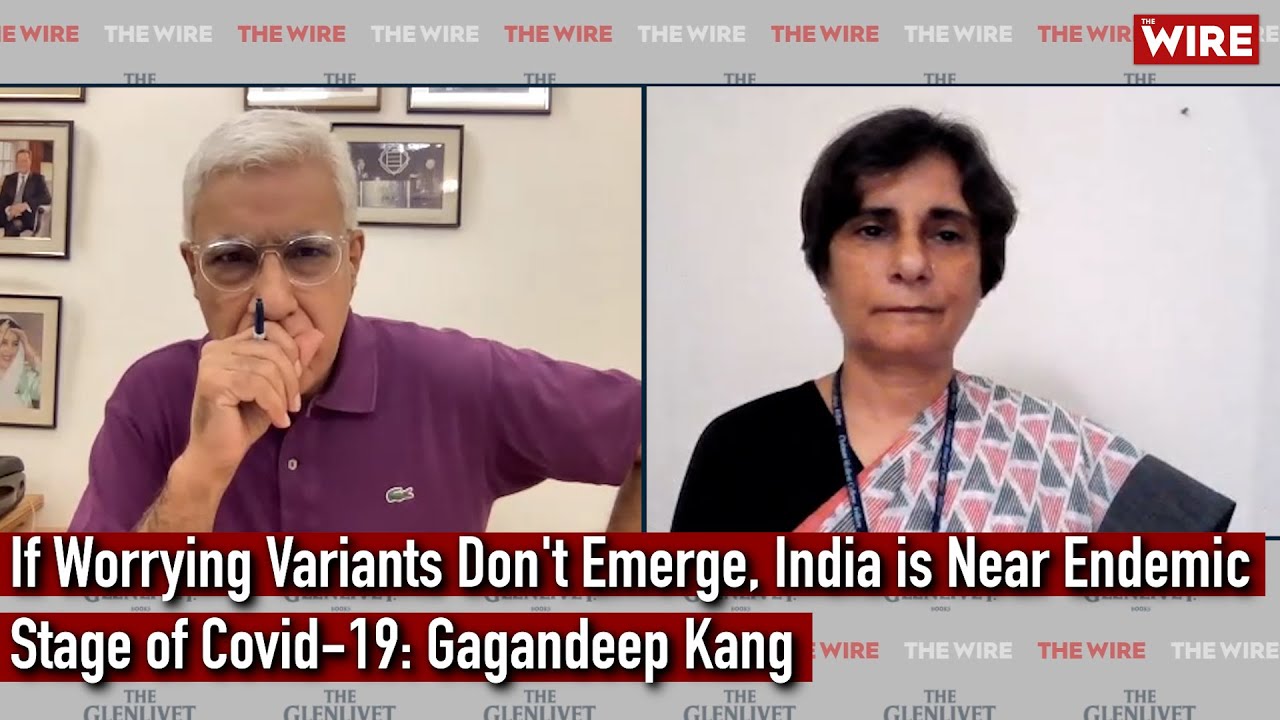 One of India’s foremost virologists and a member of the government-appointed COVID Working Group has said that “in the absence of the possibility of new worrying variants”, India could be at or approaching the endemic stage of the SARS-CoV-2 epidemic.

Agreeing with WHO chief scientist Soumya Swaminathan, Kang said India is likely to see ups and downs in specific locations but not a nationwide wave in any way similar to the frightening second wave of COVID-19. She also said that this is not the right time for boosters except, possibly, for immunocompromised people.

Also, in a particularly significant moment of the interview, Kang said the time has come for India to rethink its attitude to COVID-19 and the importance accorded to it. Now, she said, it must be thought of in relation to the many other health concerns that haven’t got sufficient attention in the last 18 months. The ones she mentioned were cancer, diabetes, tuberculosis and problems connected with maternal pregnancy.

She also said she couldn’t understand the basis of the fear and apprehension of a looming third wave or the comments made by ‘experts’ on TV and in newspapers. She said that while new variants could emerge “because of mutations or because of some form of recombination”, as yet we don’t know of them.

Elaborating on her view that India is at or near endemicity, Kang cited the example of typhoid: it is endemic, we know how it’s caused, we know how to handle it and we also know we can do better. It’s not a prime concern. COVID-19 is heading in that direction. Similarly, she said, we should now balance our time and attention to COVID-19 with our attention to other illnesses. Kang also said that the time had come for us to rethink our attitude towards COVID-19 testing.

Speaking to The Wire about the overall COVID-19 picture in India at the moment, where the seven-day average of new daily cases has fallen from 42,881 on September 2 to 37,237 on September 9 and 31,074 on September 16, Kang said that while the “trajectory is good”, it’s also true that “wherever you look at the delta variant, after a sharp spike is over, the number of cases haven’t returned to the lowest pre-delta point”. That is also true of India. It’s possible that cases can plateau at a level of around 30,000-35,000 a day for a fairly long period. Something similar is happening in the UK at the moment.

Kang also said that another positive note vis-à-vis Kerala is that the state’s relative vulnerability is now increasingly being countered by the very high levels of vaccination and, therefore, the size of the vulnerable population is shrinking.

When asked by The Wire if, despite India’s record-setting administration of 25 million COVID-19 vaccine doses on September 17, the country fails to fully vaccinate every adult by December 31, Kang said “it would not be the end of the world”. She suggested the high levels of sero-positivity (68%) have given a fair measure of protection. She also said targets are often set and missed, and this would be one more.

As for booster doses, she said, “The time is not right for boosters for anyone except, possibly, immunocompromised people.”

Kang pointed out that while vaccine efficacy against infection does diminish over a period of six months or so, the efficacy against serious disease remains high. So, she asked, while boosters may have to be given, the research available internationally doesn’t present a clear answer. A second concern is: if boosters are given, which vaccine should be used? Should it be the same one or a different one?

In the interview, Karan Thapar, the interviewer asked Kang what fraction of the adult population would have to be vaccinated for India to be relatively secure. She said it is very hard to answer this question because the size of this population is very large compared to other countries.

Finally, Kang agreed with Anurag Behar, the CEO of Azim Premji Foundation, about problems affecting vaccination in rural India. However, she said that the Indian government must make a deliberate effort to reach people in rural areas, who are distant and also uninformed, to ensure they get vaccinated. Otherwise they could be left out and that could be a serious problem.