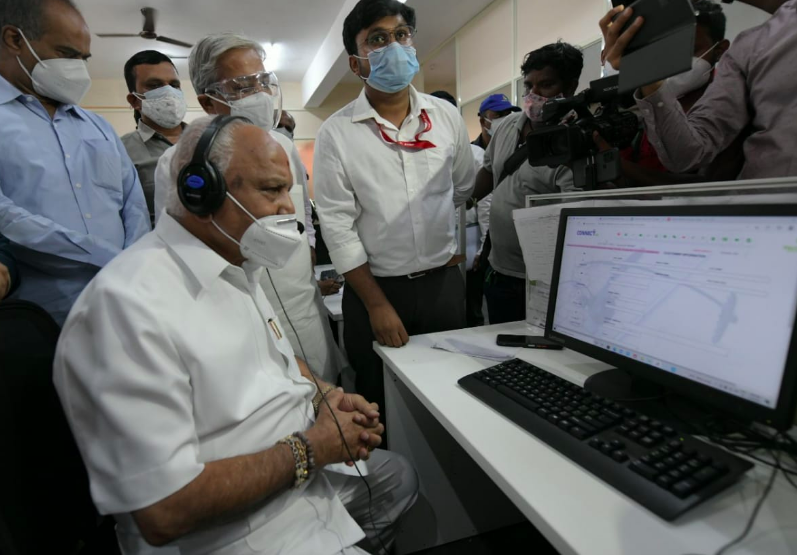 The Case to Expand Psychiatric Education for MBBS Students

New Delhi: Karnataka Chief Minister B.S. Yediyurappa will mull the possibility of legal action in a key meeting today, May 27, in the aftermath of the National Green Tribunal’s appointment of a joint committee to examine allegations of unauthorised construction in Mekedatu.

The Hindu has reported Karnataka home and law minister Basavaraj Bommai as having told reporters that the NGT acted suo motu, on the basis of a news report on alleged construction activity at a site where Karnataka had earlier proposed to build a dam on the Cauvery.

The meeting will have legal and irrigation experts, government officials, the advocate general and cabinet ministers.

Deccan Herald has it that among the chief topics in today’s meeting is whether the new NGT committee is bound by law. Bommai has reportedly questioned the legality of the fact that the Southern Bench of the NGT went ahead with the matter in the absence of an official complaint.

Noting that the state is keen to assert rights over its share of Cauvery water, Bommai also highlighted that a case is pending before the Supreme Court on the matter “as Tamil Nadu has challenged the construction of the project.”

In 2018, the Tamil Nadu government had moved the apex court with a contempt plea stating that Karnataka had disobeyed the court’s order on water sharing – a decades-old dispute between the two states that ended in a Supreme Court verdict in the same year.

The Cauvery flows through a steep gorge at Mekedatu in Karnataka. A Rs 9,000-crore drinking water project proposed by the state there has been touted as one strictly not meant for irrigation purposes. Tamil Nadu has held that the project violates Karnataka’s water sharing allocation as it will channel more water towards Karnataka during drought-like situations.

In 2020, then state water resources minister Ramesh Jarkiholi had said that an approval from the Union environment ministry “is crucial since 63% of the forest area” in the sanctuary will be submerged as a result of the project.

Conservationist Abhijit Dutta wrote as much: “The Mekedatu dam, with a capacity of 67 TMC, is set to come up near the confluence of the Arkavathy and Cauvery streams at a place called Sangama, inside the sanctuary, and will inundate around 50 sq. km of forests. This will have an adverse impact on species like the critically endangered orange-finned mahseer and the endemic grizzled giant squirrel.”

“If the project is to be implemented without conducting any environmental impact assessment study and without obtaining necessary clearance, if any required, then it will be an unauthorised act affecting the environment,” the NGT had told The Hindu.