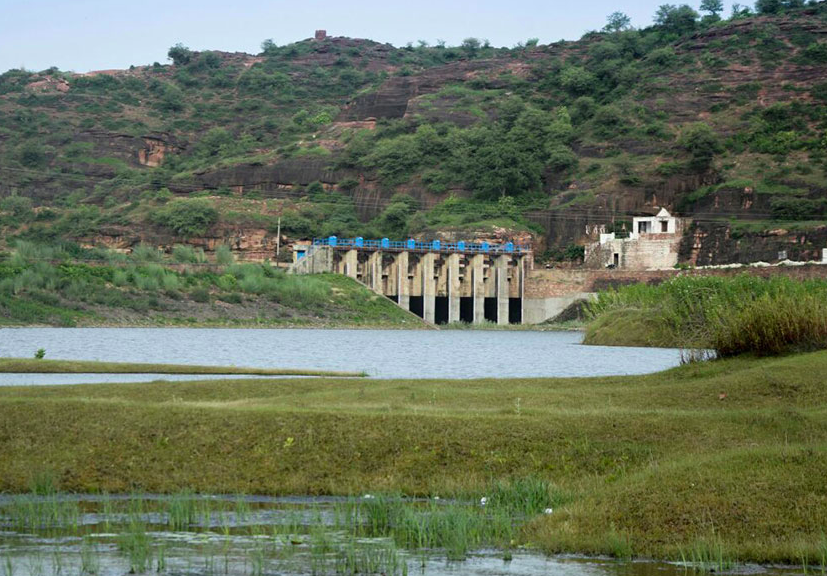 The Science of Coronavirus Variants, Viral Mutation and COVID-19 Vaccines

Jaipur: The standing committee of the Rajasthan wildlife board, chaired by state chief minister Ashok Gehlot, has accepted a proposal to denotify three forest blocks in the Band Baretha wildlife sanctuary in Bharatpur district.

As a result, there are now fewer hurdles to mine Rajasthan’s famous pink sandstone – also known as Bansi Paharpur sandstone – for the Ram temple under construction in Ayodhya, Uttar Pradesh.

Principal chief conservator of forests and chief wildlife warden Mohan Lal Meena refused to comment when The Wire reached out to him.

In September 2020, after receiving some leads, the district administration cracked down on large illegal mines that were extracting the sandstone. This obstructed supply of the material for the temple.

The Vishwa Hindu Parishad subsequently reportedly warned against any obstructions. So in October, the Rajasthan mining department moved a proposal before the Union environment ministry to denotify a 5.56 sq. km area in Bansi Paharpur forest block of the Band Baretha wildlife sanctuary.

The surveyors found that indiscriminate mining had irreversibly damaged the area. They filed a report recommending shifting the sanctuary’s boundary further in the southwest direction.

“The decision to exclude the mining areas was taken at the highest level and it created an opportunity to help conservation,” a senior Rajasthan forest official told The Indian Express. “We have been struggling to contain mining in Bansi Paharpur for the last 25 years.”

The official continued, “Now we are adding good strategic forests nearly 30 times the degraded area. This will also ensure better connectivity along Ranthambhore, Masalpur and Dholpur, where a tigress has been spotted with new-born cubs.”

According to The New Indian Express, the Ram temple trust is expected to order 4.5 lakh cubic feet of pink sandstone, worth Rs 36 crore, from Rajasthan.