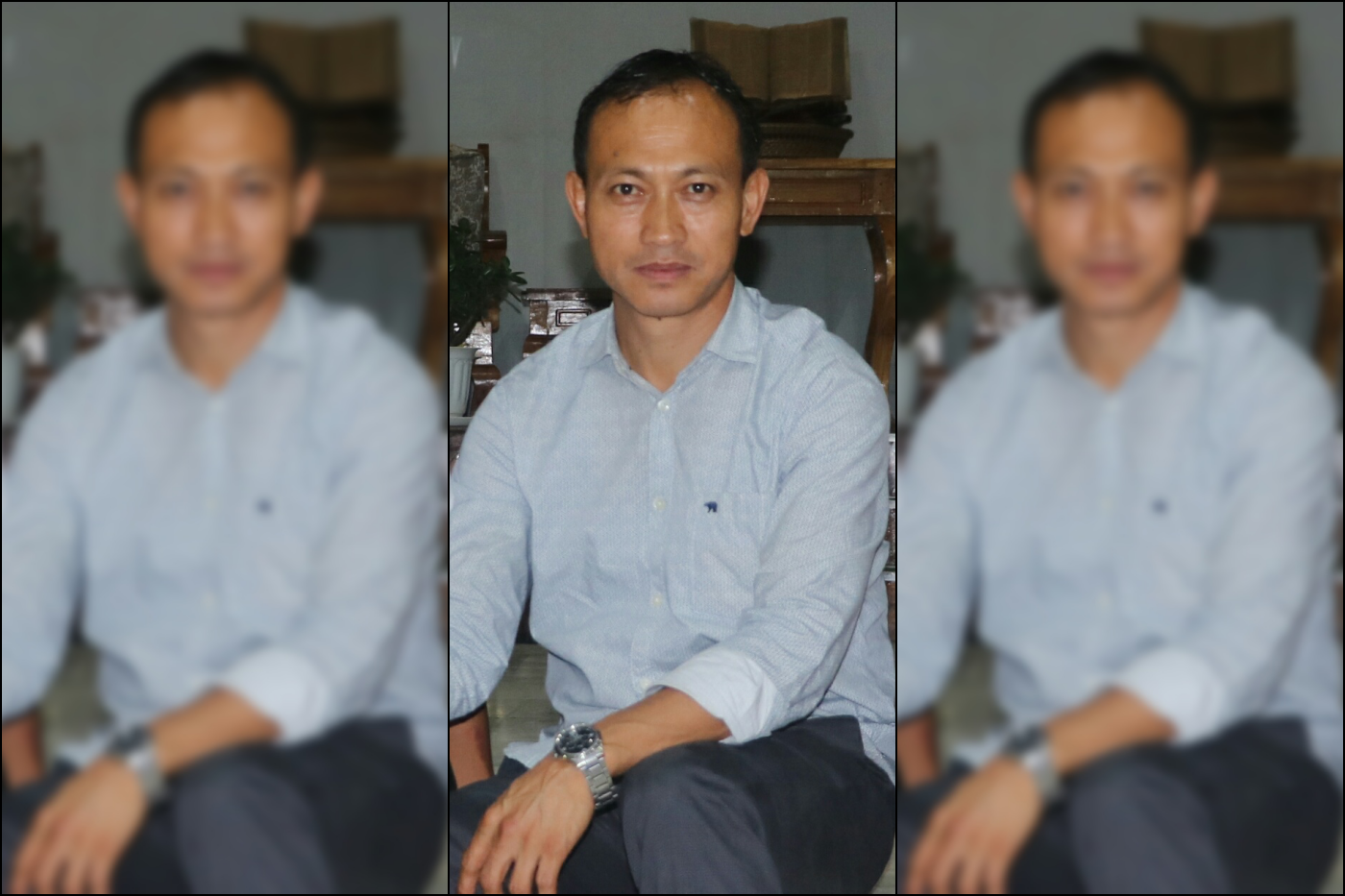 More Fun Than Fun: Chasing Wasps on a Bicycle – and Getting a PhD

From the moment Y. Nuklu Phom’s name found mention in the list of winners of the prestigious Whitley Award for 2021, his phone hasn’t stopped ringing. Both print and online journalists, as well as acquaintances, have been ringing to speak to him and congratulate him.

The Whitley Award is one of the most important recognitions among people doing conservation work in the world’s developing and underdeveloped countries. It is funded by the Whitley Fund for Nature, and each laureate receives around Rs 40 lakh to support their work.

Phom is a 48-year-old conservationist from the Longleng region of Nagaland. His co-laureates this year include six others, from South Africa, Argentina, Brazil and Kenya. He is the only Indian to receive the award this year. Previous Indian laureates include Purnima Barman, Aparajita Datta, M.D. Madhusudan and Romulus Whitaker.

Phom has received the award in recognition of his efforts in Nagaland. Thanks to the community conservation reserves Phom and his peers created, according to the Whitley Fund, the population of migratory raptor birds called Amur falcons (Falco amurensis) grew from 50,000 in 2010 to more than 20-times as many in 2019.

These reserves were built on land that Phom had convinced people to donate.

“A few years ago, many people from my ancestral village – Yaongyimchen in Longleng district – left and set up two new villages, called Alayong and Sanglu, with more access to land and natural resources,” Phom told The Wire Science.

“I convinced the people of these three villages to set aside around 800 hectares of common land in 2007 to allow the biodiversity of the area to prosper without any interference.” On this land, hunting, construction and the extraction of any natural resource is prohibited.

Community-centric conservation is an essential part of such work in India’s northeast simply because most of the forest land in this area belongs to the community, Neha Sinha, a conservation biologist with the Bombay Natural History Society, told The Wire Science. “And Phom has done that remarkably well – by convincing the local people to set aside some of their land to conserve the forest and to protect the flagship Amur falcon species.”

Sinha has been working in Nagaland’s Pangti village – the site of an infamous incident in 2012 when locals hunted and killed lakhs of Amur falcons. But conservationists like Sinha, Phom and others were able to convince the people in the area to stop hunting the birds by “setting up eco-clubs and promoting eco-tourism and homestays, to provide alternate livelihoods, and with an active mass-awareness campaign through the forest department”.

She said she counted around a million Amur falcons in Doyang reservoir, next to Pangti village, in 2017.

The interactions between the local people, the natural resources their ways of life and traditions are embedded in and their own aspirations are important to understand Phom’s work itself. His work isn’t limited to protecting the Amur falcon but involves a wider project to uplift his compatriots, to prosper sustainably and to conserve the flora and fauna.

As R. Suresh Kumar, a scientist at the Wildlife Institute of India, put it, Amur falcons are helping connect various tribal communities and landscapes in India’s northeast.

He plans to use the money he will receive to build a larger ‘Biodiversity Peace Corridor’ – a network of 16 villages, over 200 sq. km, each contributing a community reserve. According to the Whitley Award citation, in this super-corridor, Phom and his peers will “stop hunting, dynamite fishing, logging and slash-and-burn cultivation, provide eco-friendly alternatives to allow forest regeneration, … train villagers in sustainable land-use including fruit orchards, piggeries and ginger production” and “initiate conservation efforts for the Amur falcon”.

Why call it a ‘Peace’ corridor? “Owing to the conflict of humans with the environment, especially over resources related to forests and rivers, humans have been incurring the wrath of nature … as natural calamities. A number of new alien insects and worms have also begun destroying our crops,” Phom said. In his view, humans have to take the first step towards reconciliation – “by augmenting biodiversity conservation managed by indigenous people”.

He said it took him two years to convince the villagers, especially the elders, to “stop  shooting with guns and start shooting with cameras”, and to forgo their land for the project. He nudged them further with small cash prizes for those who clicked photos of new species visiting the area.

Phom also kept pushing them to consider other-income generating activities like ginger-farming, micro-financing and mobilising their own forest resources. And now that his work in Yaongyimchen, Alayong and Sanglu has gained international attention, he hopes it will translate to tourism. “There are a number of significant ancestral heritage sites in our area that may fascinate tourists. A limited number of visitors can also click pictures of wildlife in the community reserve,” he said.

“Thanks to Phom’s success story, communities in East Nagaland now want to emulate his example,” Kumar said. “The biggest challenge is to stop the conversion of forest land for agriculture and cultivation by local people.”

He agreed with Phom that members of local communities would have to be encouraged and incentivised towards other ways to make a living, and that once they are sensitised to conservation, it would be important to document the biodiversity in the area. “In a way, the holistic management of the landscape, where the people meet their sustenance, has to be evolved.”

Phom has a degree in theology and even taught the subject at a college in Dimapur – but he also volunteered to teach ecology, and designed the curriculum by himself for a decade. After this, he quit teaching and became the executive secretary of a local church and used his new, and powerful, platform to increase the churchgoers’ environmental awareness.

He was associated with the church until 2017 even though his conservation work was more than a decade old by this time, and has since devoted all his time to the reserves. He currently lives in his ancestral village, Yaongyimchen, with his wife Carolyn, an English teacher at a government school, and their three children.

“I worked without any support for 13 years but now I hope, with this [new] recognition and [funds], to enhance my vision and create more peaceful biodiversity corridors, and probably a new wildlife sanctuary with the support of  more communities, policymakers and experts,” Phom said.