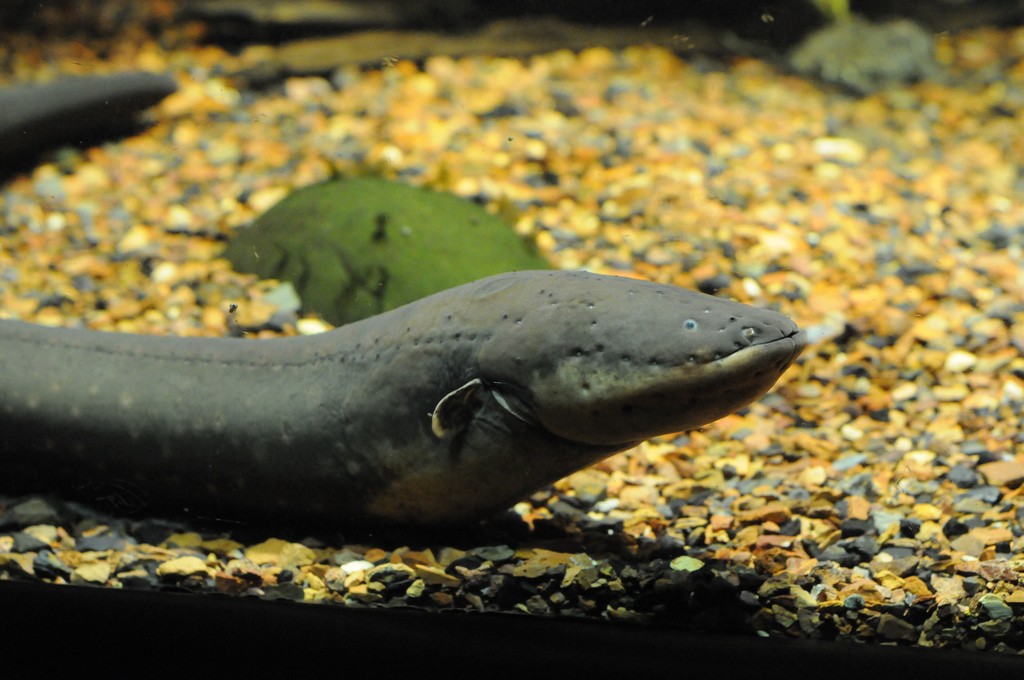 The Four Newest Elements in the Periodic Table Have Names

A 200-year-old witness record of a well-fought semi-aquatic battle between electric eels and horses has mesmerised as many as it has surprised. Now, a biologist wants to lay some of the doubts to rest.

A new study on electric eels has caught the fancy of many not just for its historical subtext but also because of the videos that accompanied the findings. After all, not many can resist the charm of a shiny eel leaping out of the water and, somehow, illuminating something that looks like a crocodile’s head.

The slimy yet graceful creature in the clip above is Electrophorus electricus, popularly known as the electric eel despite not being a true eel at all but a type knifefish. The “crocodile head” is an LED light-fitted model of a predator that was used to motivate the electric eel and clearly observe its electrical discharges. The whole setup was part of a strategy devised by American neuroscientist Kenneth Catania to catch knifefish behaving in a manner that was vividly described in 1800 by the noted Prussian explorer Alexander von Humboldt, who’d then been on one of his South American journeys.

On March 19, 1800, Humboldt and his plant-collecting companion Alexandre Goujaud landed in the town of Rastro de Abaxo, in present-day Venezuela, to conduct scientific research. They were officially in the region on the request of the Spanish government to perform studies on the rivers that flowed through the area. Such information was of much economic and commercial interest to them. But the duo also had a personal agenda: “to find out how the forces of nature interact upon one another and how the geographical environment influences plant and animal life.”

One of the principal reasons they landed in this town was so that Humboldt could study the electric eel that he knew to be found there. And this was the period when the idea of electricity was still novel and enigmatic to the scientifically-minded.

However, Humboldt was having a hard time catching these fish alive and enlisted the help of native fishermen in Rastro de Abaxo, who seemed confident that they could do this. The two followed the natives, but were confused as to why they had brought along a troop of horses. Then, Humboldt and Goujaud found themselves witnessing something quite dramatic and best narrated by Humboldt himself:

The extraordinary noise caused by the horses’ hoofs makes the fish issue from the mud and excites them to attack. The yellowish and livid eels, resembling large aquatic serpents, swim on the surface of the water and crowd under the bellies of the horses and mules. A contest between animals of so different an organization presents a very striking spectacle. The Indians, provided with harpoons and long slender reeds, surround the pool closely, and some climb up the trees, the branches of which extend horizontally over the surface of the water. By their wild cries, and the length of their reeds, they prevent the horses from running away and reaching the bank of the pool. The eels, stunned by the noise, defend themselves by the repeated discharge of their electric batteries. For a long interval they seem likely to prove victorious. Several horses sink beneath the violence of the invisible strokes which they receive from all sides in organs the most essential to life; and stunned by the force and frequency of the shocks, they disappear under water.

So ferocious was the knifefish’s attack that Humboldt was convinced all the horses would be killed. But then he was astonished to find that, with time, the fish stopped attacking and dispersed, apparently exhausted. This allowed the fishermen to easily capture five healthy fish for the scientists to study.

Helped by his mastery over scientific prose (evident in the extract above) Humboldt’s travels launched him into international fame. His adventures with flora and fauna aroused the excitement of schoolchildren and impressed even the soon-to-be greats of his time. Charles Darwin is reported to have called him “the greatest travelling scientist who ever lived” and to have carried a copy of Humboldt’s narrative with him on his voyage on board the HMS Beagle.

The sight of eels leaping out of the water to shock predators in a concerted manner was regarded as quite fantastic for the time, and continued to catch the fancy of biologists for long after. It was recounted in text and pictures several times over; at the same time, the inability of naturalists to reproduce this behaviour in eels for centuries left the story mired in scepticism. There emerged an unspoken consensus that Humboldt had exaggerated, and/or that the actual observation had been lost in translation.

The allure of the fish

Initially, most research on electric eels stemmed from a curiosity about the nature of the released charges and the anatomical features that allowed it. The reason electric eels continue to be of scientific interest today is because they can help understand the evolution of ion channels, the system that allows the transport of crucial ions in the bodies of most organisms.

In Vanderbilt University, neuroscientist Catania has been studying electric eels for the past couple years. More specifically, he has been conducting a series of experiments to demonstrate some of their remarkable behaviours that allow them to optimise their electrical output to benefit them the most. He believes that such studies will show that how Electrophorus electricus has evolved, surviving the gruelling natural selection process.

It was during one such experiment that the 2006 recipient of the acclaimed MacAurthur ‘genius’ grant serendipitously came across a leaping eel. Catania could not be contacted for an interview but in his paper he called this behaviour “both literally and figuratively shocking”. “Under no other circumstances were eels observed to leap out of the water,” he wrote.

Catania found this chance observation worthy of a deeper probe. Subsequent experiments confirmed that, indeed, electric eels were capable of using their shock organs not just to remotely detect and immobilise nearby prey but also to target and electrify predators. They were shown to respond often to a large, moving and partially submerged conductor (in nature, this could be a predator) with a rapid approach leading up to contact, and then to leap up the conductor, keeping the chin pressed up against it while discharging high-voltage volleys.

In this manner, explains Catania in his paper, the eels are able to increase the electrical power delivered to a target. “An additional benefit from leaping is the progressive electrification of greater portions of a threatening animal’s body that is only partially submerged,” he adds. This could explain much of what Humboldt had witnessed in Rastro de Abaxo, in 1800.

Catania dismisses the possibility that this leaping behaviour be a tactic for electric eels to capture prey. “They swallow food whole, [therefore] would not benefit from stunning large animals, and never bit or tried to swallow the large conductors during or after the leap,” he writes. Further, he reminds us that these results have to remain in the context of the questions they pose. For example, why did eels have to evolve this form of offence against predators when they could have just retreated?

He surmises that this could be because there isn’t a vast area of water remaining that the eels could use as an escape route, especially during dry seasons. Hence, eels in small ponds have great use for an alternative form of defence, like on that fateful day.

The study was published in the journal Proceedings of the National Academy of Sciences on June 6, 2016.

The Other Problems With Bringing African Cheetahs to India