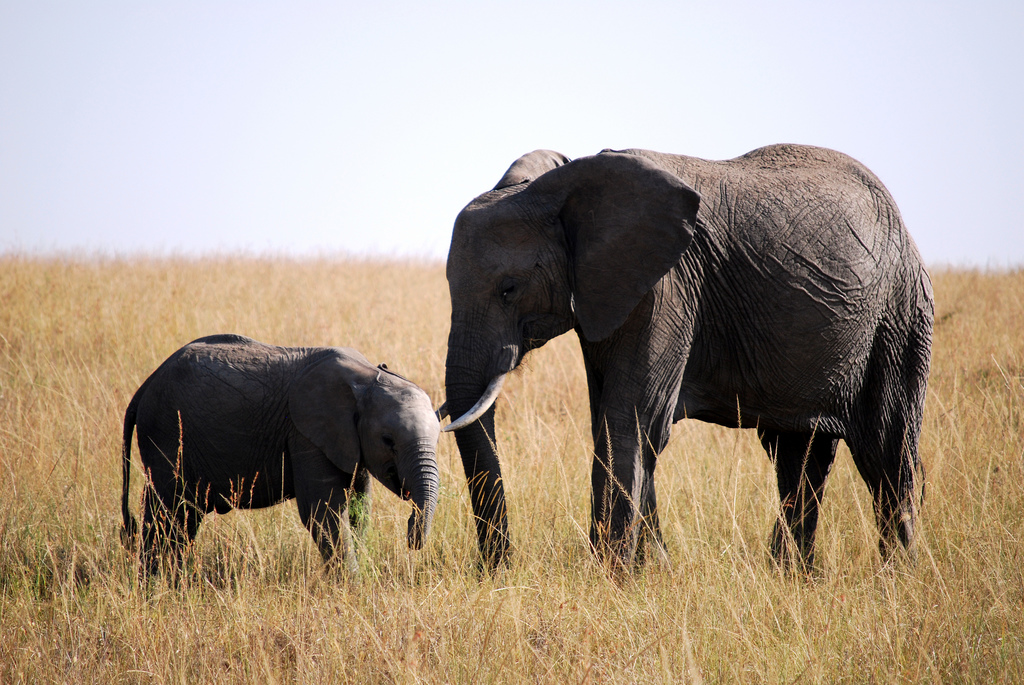 Every year, close to eight million humans die of cancer – ‘the emperor of all maladies’. Of these, 1,300 Indians die every day. About 95% of cancer can be prevented by improving our lifestyles. That includes staying away from tobacco, maintaining a healthy body weight, and eating enough fruits and vegetables. But a good many people do all the right things and still get cancer from genetic defects.

Elephants, African and Asian, rarely fall prey to cancer. What’s the secret of their ability to shirk off the dreaded disease? American researchers may have found an answer.

Elephants are born weighing 100 kg. They grow to more than 3,000 kg in less than 10 years, a 30-fold increase in cell mass. When cells multiply, there’s a risk of DNA not being copied faithfully. Such a high rate of cell division in a large animal is prone to errors. Since elephants are long-lived, these mutations should accumulate and cause malignant tumours. With such risk factors as body size and age working against them, the world’s largest land animals ought to be dying of cancer all the time.

Richard Peto, a professor of medical statistics and epidemiology, University of Oxford, had observed that simply doesn’t happen. Instead, only a few of these long-lived giants appear to develop cancer. However, animals at the other end of the body-size and age spectrum such as mice and rats are highly prone to cancer. Ever since, this contradiction between size and susceptibility to cancer has become known as Peto’s Paradox.

In 2012, Carlo Maley, an evolutionary oncologist from Arizona State University, gave a talk about Peto’s Paradox at a conference of evolutionary medicine and epidemiology in Washington, D.C. He had found that elephants had 20 copies of a gene called TP53 that produce p53, a protein crucial for suppressing tumours.

This protein is like a fact-checker, examining newly formed cells and verifying if they have correct DNA copies. If any are corrupted, it either attempts to repair or gives the command for the cells to commit suicide. If it didn’t give these instructions, the cells would turn cancerous. The protein is so crucial to our well-being that David Lane, a British cancer biologist and one of the discoverers of p53, called it the ‘guardian of the genome’.

Humans have one copy of TP53. Every gene has two alleles. Both of them have to be in working order to prevent cancer. When people inherit only one functional allele of TP53, they have Li-Fraumeni Syndrome (LFS), which leaves them with a 90% risk of getting cancer.

Do multiple copies of the DNA fact-checking gene shield elephants from cancer?

In the audience, listening to Maley was Joshua Schiffman, a paediatric oncologist at Huntsman Cancer Institute and University of Utah School of Medicine, Salt Lake City. Schiffman, who treated patients genetically predisposed to cancer, was especially interested in the elephants’ adaptation. He collaborated with Maley and 11 other colleagues to investigate the role of p53 in cancer prevention. The research team took white blood cells from eight zoo elephants, 11 normal humans with no family history of cancer, and 10 patients suffering from LFS. It tested how the cells responded when their DNA was damaged.

Cells of people with LFS were not as sensitive to damage as normal human cells. In fact, they were less than half as sensitive. Their p53 was too weak to order the destruction of cells, and therefore had a higher chance of turning cancerous.

Elephant cells were twice as responsive as normal human cells. Elephantine p53 didn’t stop to repair the damage. Instead it sent out instructions to destroy the corrupted cells, as if it didn’t want to take any chances.

“This may be more effective of an approach to cancer prevention than trying to stop a mutated cell from dividing and not being able to completely repair itself,” says Schiffman. “We think that making more p53 is nature’s way of keeping this species alive.”

The Elephant Encyclopaedia is a database of almost 6,000 captive elephants in 2,000 locations across the world. By analysing the cause of death of nearly 650 animals, Schiffman and his colleagues concluded that one in 20 elephants died of cancer compared to one in five humans. The researchers say this is the first study to provide evidence to support Peto’s observation.

Now that researchers know what makes elephants resist cancer, what are the next steps?

Schiffman told The Wire his team will explore two approaches. “One is finding a drug, either natural or created in the laboratory, that can mimic the same effect of elephant TP53 (i.e., killing the majority of cells with DNA damage rather than just repairing them). And the other is working with new genomic technology to specifically deliver elephant TP53 where it needs to go in a patient with early or advanced cancer.  We will need to understand both the benefits and risks of using elephant TP53 as therapy for humans, but we’re very excited to move forward with our research to learn how it might be able to benefit our human patients.”

When laboratory mice were given more p53, they became extraordinarily resistant to cancer, but aged and died prematurely. Perhaps elephants counteract the numerous copies of p53 with another gene that gives them long life.

Besides elephants, blind mole rats and naked mole rats also aced the evolutionary stakes. Scientists haven’t seen a single incidence of cancer in necropsies of 250 naked mole rats.  But these rodents have evolved a different way of preventing cancer. Other proteins called p16 and p27 appear to play a bigger role than p53. Naked mole rats also produce a substance called hyaluronan between their tissues that shields them from cancer.

Then, scientists heralded these discoveries as the future of cancer therapy. Should research focus more on p53 than these other proteins?

“Extra p53 seems to be unique to elephants,” says Schiffman, “but there almost certainly are different genes and pathways that other animals use to decrease their own risk of cancer. P53 is involved in over half of all human tumours, and loss of functioning p53 leads to Li-Fraumeni Syndrome in people with nearly 100% lifetime risk for cancer. We are focusing on p53 because of its importance in cancer regulation in humans, and now what we believe may be its potential role in cancer prevention in elephants.”

The study was published on October 8, 2015, in the Journal of the American Medical Association.

Do Humans and Fungi Sometimes Retain Genes That Serve No Purpose?