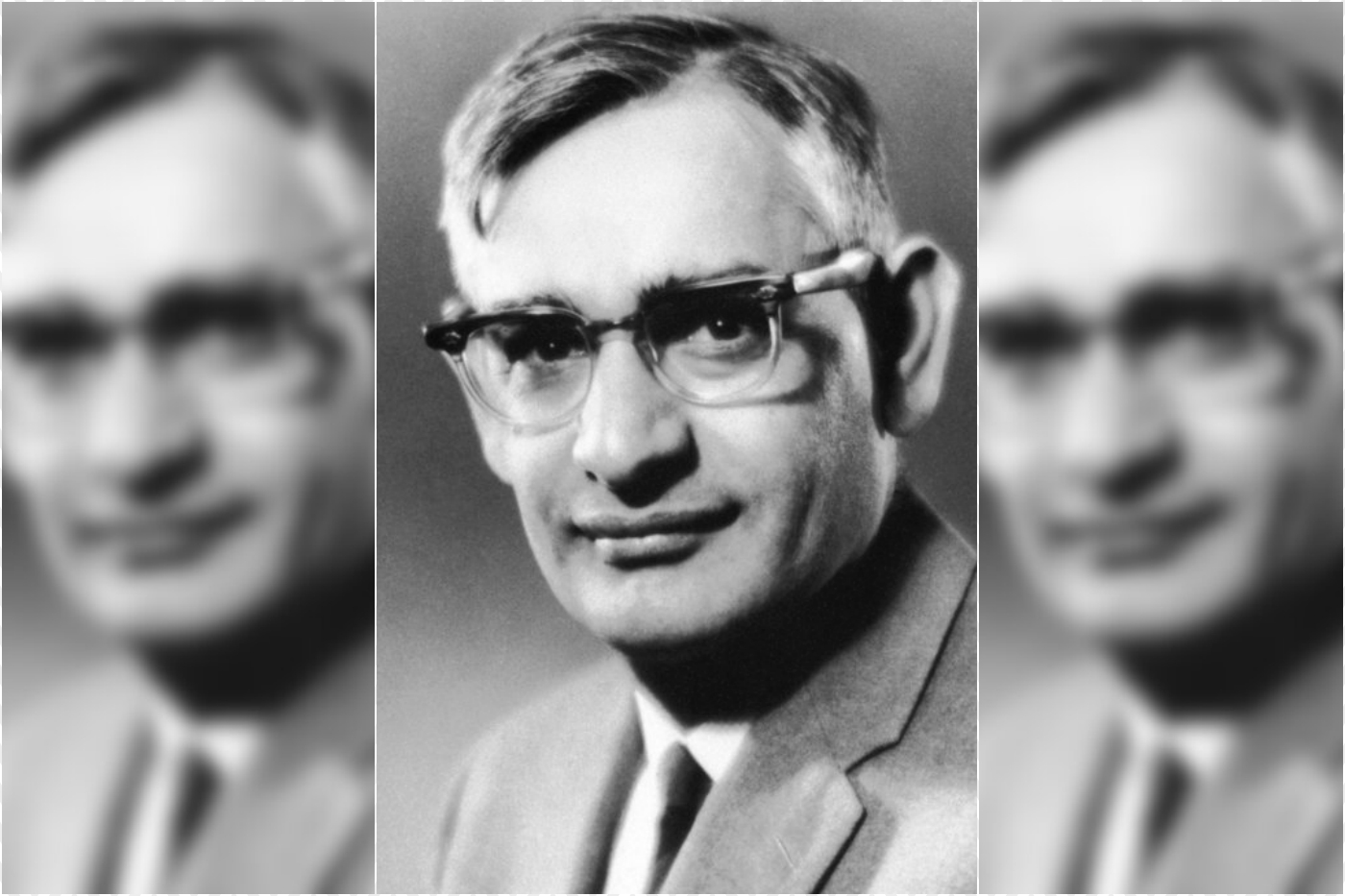 Today marks the 100th birth anniversary of the biochemist and chemical biologist Har Gobind Khorana. Perhaps best known for winning the medicine Nobel Prize in 1968, for showing that organic molecules called nucleotides are involved in the process by which the body produces new proteins, Khorana also made significant contributions to the science of PCR tests, which we use today to look for SARS-CoV-2 infections, and studies of an important protein called rhodopsin.

Khorana was born on January 9, 1922, in Multan in pre-independence India. His father was a clerk in the local British government and his family was the only literate one in their village. He had one sister and four brothers, all elder. He finished his schooling in Multan, and received a bachelor’s degree in 1943 and a master’s in 1945, both from Punjab University. At this time, he was able to secure a scholarship from the British-Indian government to study at the University of Liverpool, and so he did, finishing his PhD from there in 1948.

He then went on to a postdoctoral position at ETH Zurich, under the Croatian-Swiss chemist Vladimir Prelog. Prelog would win the Nobel Prize for chemistry in 1975 for his work with organic molecules. At ETH, Khorana also met his future wife Esther Sibler.

He then returned to India for a brief period but couldn’t succeed at finding a job in his native Punjab. Fortunately, Khorana received another fellowship in 1950 to return to England, and work with George W. Kenner and Alexander Todd, both accomplished chemists who were working on nucleotides. Khorana stayed with them until, in 1952, he married Esther Sibler and both of them moved to Vancouver, in Canada, where he joined the University of British Columbia at the invitation of Gordon Shrum.

This is where Khorana began his most celebrated work, thanks in large part to the fact that the university gave him a lot of freedom to pursue his interests as he wished, even if he few facilities to work with. In 1960, Khorana became a joint director of the Institute for Enzyme Research at the University of Wisconsin, Madison.

One of the most important discoveries in the study of genes had been announced in 1941 – that our cells use genes to make proteins – but understanding exactly how this happened was another problem entirely. Scientists still had to find out what genes were made of, and how those ingredients combined with the cellular machinery to generate different types of proteins. Over the years, scientists figured out the initial part, as well as that the DNA in our cells is first converted to RNA, which the cell then uses to make proteins.

The second part combined the work of Marshall Nirenberg, Robert Holley and Har Gobind Khorana, among others.

Nirenberg’s work, especially the two experiments with Heinrich Matthaei and Philip Leder, was instrumental in proving that the RNA provided instructions on which proteins make using three nucleotides at a time. For example, if a bit of RNA had the following nucleotide sequence – UCUCUCUCUCUCUCUCUCUCU – cells would read them three at a time: UCU CUC UCU CUC UCU CUC UCU. Each of these sets of three was called a codon.

Second, Robert Holley and his colleagues had discovered the structure of a molecule called transfer-RNA, or tRNA. In a cell, broadly, the RNA polymerase enzyme first converts the DNA into mRNA (or messenger-RNA, the same molecule involved in the Pfizer-BioNTech and Moderna COVID-19 vaccines). Then the tRNA reads the codons in the mRNA sequence and, with the help of amino acids, manufactures various proteins.

Khorana figured out how to synthesise different bits of DNA and RNA – called polynucleotides – that were important to understand the composition of genetic codes. As he narrated in his Nobel Prize lecture, Khorana and his colleagues at the University of Wisconsin were building on the work of Jeffrey Hurwitz and also acknowledged help from Arthur Kornberg. Khorana continued: “Everything from this point on” – i.e. after an experiment at Kornberg’s laboratory – “went remarkably well and the period starting with the spring of 1963 and ending with 1967 was a period, essentially, of uninterrupted success in work devoted to the genetic code.”

In 1968, Khorana, Nirenberg and Holley won the Nobel Prize for medicine for this work; Nirenberg, Khorana and William Windle also received the Albert Lasker Award for Basic Medical Research the same year. In 1966, Khorana had become a naturalised American citizen, so on the list of Nobel Prize winners, both the US and Indian flags stand next to his name. In 1969, the Indian government awarded him the Padma Vibhushan.

(Although Khorana was born in Multan, which is today in Pakistan, the Pakistan government hasn’t formally acknowledged his contributions with any recognition. The Pakistani physicist Pervez Hoodbhoy wrote in 2020, “Prejudice poisons the well of knowledge, making its water too toxic for science and inquiry to grow. As with Abdus Salam, nothing in Lahore acknowledges the existence of either Khorana or Subrahmanyan Chandrasekhar;” Chandrasekhar, like Salam, was born in Lahore.)

Khorana continued his work to create synthetic genes – an activity that is common around the world today for such applications in genetic analysis, cloning, modification and sequencing, but was a breakthrough in his time. In 1970, he moved to the Massachusetts Institute of Technology (MIT). Six years later, he and his colleagues announced that they had synthesised the first fully human-made “gene in a living cell”. Chemical & Engineering News reported that “this work laid the foundation for research on how a gene’s structure affects its function”.

In 2007, the University of Wisconsin, India’s Department of Biotechnology and the Indo-US S&T Forum launched the Khorana Program. According to the department, the program’s goal is “to nurture contacts between students of biotechnology and biomedical sciences from India and the US, through a joint training programme in biotechnology and allied areas”, and “to encourage post-graduate students to take up research as a career.” In 2018, the program supported 50 Indian scholars.

Khorana passed away in November 2011 at the age of 89. In an obituary for him, the MIT news office quoted his colleague Uttam Rajbhandary as saying Khorana was a very “modest” person. Khorana’s daughter Julia is quoted in the same article saying, “Even while doing all this research, he was always really interested in education, in students and young people. After he retired, students would come to visit and he loved to talk to them about the work they were doing. He was very loyal to them, and they were very loyal to him, too.”