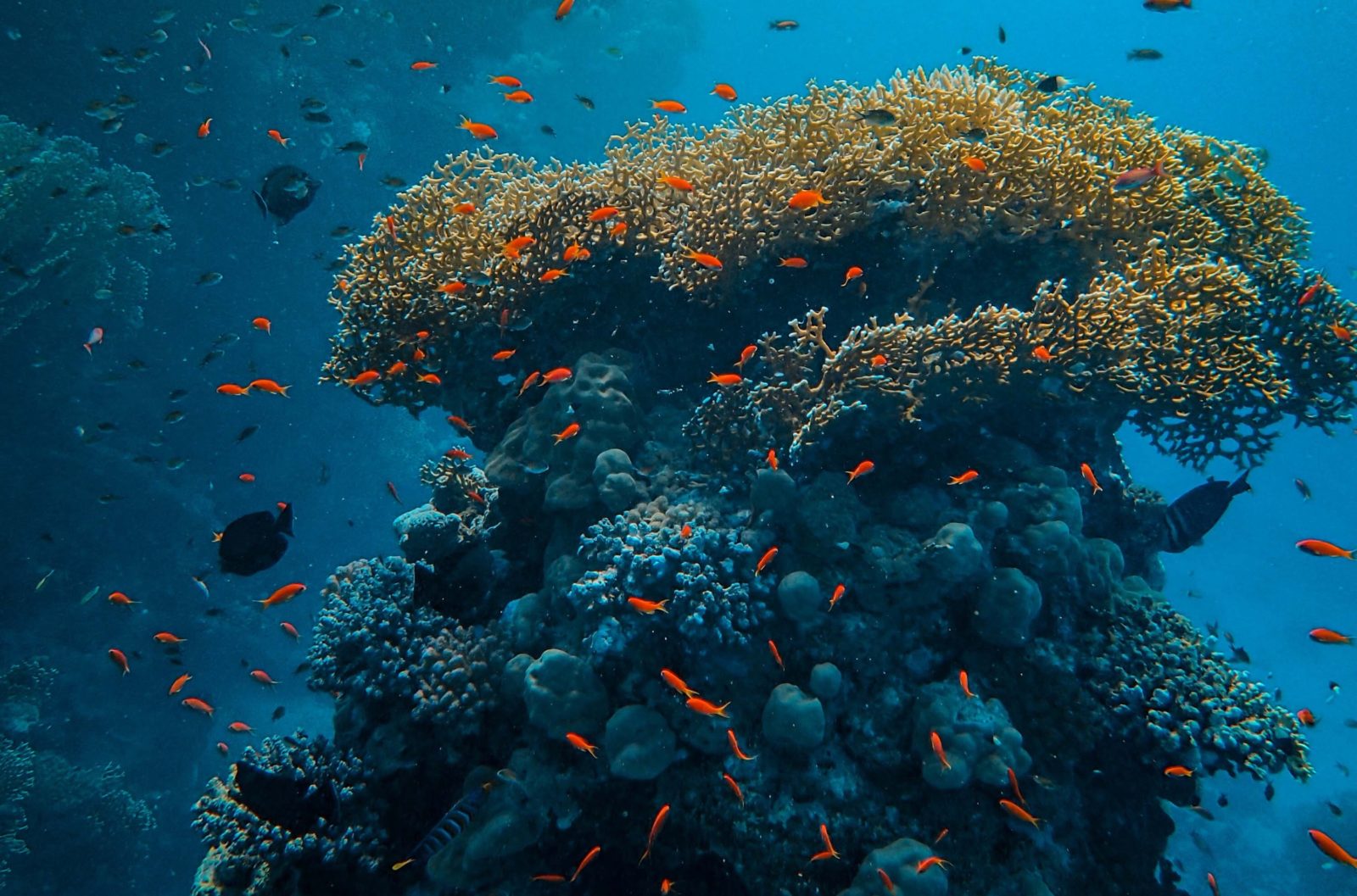 Many of these products are used in occult rituals that are accompanied by superstitious beliefs. Indeed, superstitions often fuel the demand for such animal parts in the illegal wildlife trade, and biologists and forest officials say not enough is being done to tackle this nexus.

The illegal trade in wildlife – of live and dead animals and of animal parts – involves thousands of species and generates $7-23 billion in illicit revenue every year. The UN Office on Drugs and Crime’s World Wildlife Crime Report for 2020, based on a database of almost 1.8 lakh seizures from 149 countries, indicates that almost 6,000 species have been seized between 1999 and 2019, including mammals, reptiles, corals, birds and fish.

While agreements between different countries permit the global trade of some species, international treaties regulate that of many others due to their endangered status in the wild. For example, 183 countries are signatories to the Convention on International Trade in Endangered Species of Wild Fauna and Flora (CITES). It accords varying degrees of protection to more than 37,000 species of animals and plants based on their status in the wild.

India is also party to CITES – but India also remains one of the major centres of illegal wildlife trade in the world. Many species are poached and smuggled from India, including the skins and other body parts of tigers, which have made their way to China. Poachers also poach and smuggle species for use within the country.

A recent analysis of the illegal bear trade in India found, for example, that Asiatic black bears have been poached for use in traditional medicine, while sloth bears have been targeted for their skins. Yet both species are listed in Appendix I of CITES, which lists the most endangered species and trade of which is rarely permitted.

India’s Wildlife Protection Act 1972 bans trade in species protected under the Act. This is why trade in the species seized during the Jalgaon raid was illegal. Musk deer and sea fans (or gorgonians; they occur in coral reefs) are afforded the highest protection – on par with tigers – under Schedule I of this Act. Such protection typically takes the form of sanctions: trade in them or their parts and you will have to pay at least Rs 10,000 in fines and spend at least three years in prison.

Such confiscations, however, are not new. Enforcement authorities including forest departments across states in India often crack down on such contraband in planned operations.

Often, the animal parts being traded – including porcupine quills and sea fans – are intended for eventual use in superstitious rituals.

Trade and the internet

There has always been a market for animal parts for use in such ways, said Uttara Mendiratta, programme head of the Counter Wildlife Trafficking at the Wildlife Conservation Society (WCS) India. However, she said it’s hard to say how much superstition-based demands contribute to the illegal wildlife trade, as long-term data is not available.

“But it’s more complicated now because a lot of it is online.”

So there’s a bigger market available for such products now.

News outlets have reported on how YouTube comments alone have led to the biggest raids on trafficked wildlife this year. Many websites sell animal parts, including dried monitor lizard genitals, which are passed off as a rare plant (or ‘hatha jodi’).

Mendiratta’s team has been collecting information on such illegal trade online and has found that in the last ten months, in 2021, some 214 videos on YouTube promoted the sale of illegal wildlife products for occult practices alone. This revolved around eight species (including sea fans, owls and monitor lizards).

Many websites also propagate their use, hailing the many supposed benefits of using such animal parts, according to Mendiratta.

But their work, and the work of others like them, is hard. It’s easier to hide on the internet, for starters. Second, many of the purportedly animal products being sold are fake, so authenticating them is both important and difficult. Third, and of course, enforcement sometimes becomes a jurisdiction issue, which can be difficult to disentangle in India, said Mendiratta.

And most of all, she continued, there is often a lack of political will to clamp down on the use of illegal wildlife products in such rituals.

Species being traded illegally often play an important role in the ecosystems they inhabit. For example, sea fans are vital components of coral reefs, said Vardhan Patankar, a senior scientist at WCS India who has been studying coral reef ecosystems for more than a decade.

“In India, sea fans are sourced from reefs in the Lakshadweep, Gulf of Mannar and the Andaman and Nicobar islands,” he added.

Free-divers who collect sea fans use hammers to pry them off coral reefs, damaging the reefs in the process. Collectors also target larger fans, which are more lucrative.

In addition, sea fans are broadcast spawners: they release their sperm and eggs directly into the ocean, at a specific and synchronised spawning event every year. So losing even a few individuals can affect spawning and in turn how the local sea fan population reproduces, he added.

Sea fans are common in the illegal wildlife trade, Patankar said, yet there have been no studies on how the trade has affected sea fan populations in India.

Surveying their population is already hard because they are sparsely distributed, and scientists don’t have a map of their distribution either. Second, their natural habitats – deep waters with strong currents – are inimical to study. Thus far, studies of India’s reefs have focused on their taxonomy1 and the distribution of corals. According to Patankar, sea fan ecology in India is not yet well-understood.

But while poachers may know what sea fans look like, the people tasked with seizing them may not.

“Because of the large geographical area that enforcement authorities need to comb, officers in inland regions don’t know what marine animal parts in trade look like,” he said. And if they don’t know what it looks like, they can’t seize it.

But sometimes the sellers don’t know what it looks like either.

In fact, many think sea fans are plants because they look very plant-like, Mali said. It took WCCB-led training programmes for the forest department to understand that sea fans were marine invertebrates – and that they were being traded in many towns in interior Maharashtra.

“Training for forest officials is a crucial part of cracking down on such contraband,” Mali said.

In India, the demand for animal parts in superstitious rituals fuels poaching and illegal trade, and the illegal availability of these parts sustains the rituals and their underlying beliefs. This is why, according to Mali, “creating awareness among people about the ban on the use of such items is also crucial”.

Some superstitions are rooted in religious practices and myths. So conservationists have sometimes turned to religious leaders for help protecting endangered wildlife. For example, the Dalai Lama called on Tibetans to not use tiger and leopard skins in religious ceremonies. The use of these materials subsequently plummeted, Arvind Kumar Chaurasia, deputy director of the WCCB, wrote in a post.

In Africa religious leaders and conservation organisations came together, and in 2012 called for an end to illegal wildlife trade.

The hope, Mendiratta said, is to explore the possibility of instituting something like this in India in the years to come.

The idea isn’t entirely alien to the country. The ‘sacred groves’ of Meghalaya, which writer Kynpham Sing Nongkynrih recently wrote about in The Wire Science, are a good example. Because they have been consecrated by the Khasi people according to their traditions, it is forbidden to cut trees or harvest plants – or even take away a leaf – from these groves, much less animals.

This said, a compartmental anti-occult and anti-superstition perspective doesn’t work, according to Sudha Vasan, an environmental anthropologist at the department of sociology, Delhi University. People engage in ritual or occult practices not because they are stupid, but because it has a role in the particular social, material and political circumstances in which they live, she said.

The international illegal trade discourse portrays such persons as backward and needing to be educated – but this is really the dominant face of colonialism, elitism and casteism, that ‘the disadvantaged don’t know enough’, she added.

“In my view, there are some very imperialist, elitist, racist and castetist assumptions in framing the less privileged/Orient as having myths that need to be ‘dispelled’ by religious leaders,” Vasan told The Wire Science. “Providing free universal quality healthcare (including reproductive healthcare and counselling) and education is a surer and just way to prevent the demand side.”

She also expressed concern about capitalism commodifying nature so much that if one species is saved, another will take its place in the market tomorrow.

“That is how capitalism works: looking for profit and not taking into account the value or life of species other than for its market value,” Vasan said. “So unless you address the broader issue systemically, there is no compartmental solution that can solve this problem, sustainably at least, for the long term.”

The Wire Science@TheWireScience
4 Following 27.2K Followers
Delegates at the open-ended Working Group on the Post-2020 Global Biodiversity Framework had agreed on only two tar… https://t.co/iDM77BrbYC
7 hours ago
1
It is a striking irony that the study of strife in honey bee colonies, however rare, is helping us understand how s… https://t.co/LLyazE6Hyf
9 hours ago
2
Sexism in medicine is not a new phenomenon. Several elements of it have existed in medical textbooks and syllabi, a… https://t.co/y0NCGTvOzN
11 hours ago
1
The Indian government has resorted to multiple questionable manoeuvres to have the Hubballi-Ankola Railway Project… https://t.co/mPZV19x4je
13 hours ago
1 2
Why should Indians receive medicines with higher levels of impurities when their counterparts in ICH countries don'… https://t.co/qyEvSeDLl6
1 day ago
3 11
A heat dome occurs when a persistent region of high pressure traps heat over an area. It can stretch over several s… https://t.co/hHFCRluVyS
1 day ago
1
Sleep deprivation impairs neurocognitive and motor performance, significantly affecting the quality of routine clin… https://t.co/CrTLFgyJZ6
2 days ago
2 8
Pharmaceutical products contain more than just the active drug that directly affects the body. They also include "i… https://t.co/VdQdvWE45t
2 days ago
5
In Bimal Roy's classic 'Madhumati' (1958), the trees, forest, birds and animals, waterfalls, streams, clouds, mist… https://t.co/aK0vcYhzbh
2 days ago
2 8
India's large manufacturers say that the country needs to impose ICH standards locally, too. This will improve the… https://t.co/rbMPMCgDM0
2 days ago
2 2
"While carbon dioxide emissions often dominate climate talks, we also need to cut emissions of several other climat… https://t.co/wHvvziFosF
3 days ago
3 2
Funding more clinical trials in India, monitored by appropriate local ethics committees, would open up treatment op… https://t.co/mcxkY34IYD
3 days ago
Overall, abortion is much safer than childbirth. Researchers found that from 1988 to 2010, abortions had a mortalit… https://t.co/aiIAYiobTD
3 days ago
4
Domesticated saffron, the world’s most expensive spice, doesn’t grow in the wild and can only be propagated asexual… https://t.co/sJ84r1IPcZ
3 days ago
1 4
Recently, Blake Lemoine, a Google engineer, caught the tech world’s attention by claiming an AI called LaMDA is sen… https://t.co/MRdtwU6pup
3 days ago
1 3
Contact us