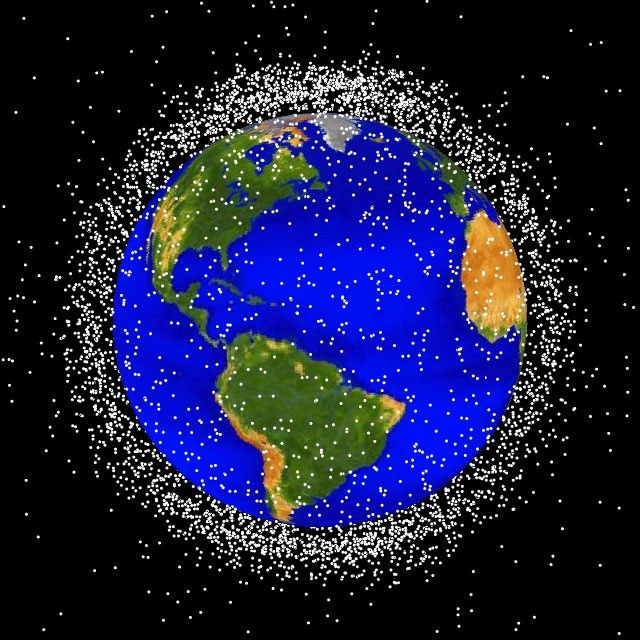 Look up on a clear night, away from the city lights, and you might just spot a spacecraft falling out of the sky. The Chinese space station Tiangong (Hanyu pinyin for “Heavenly Palace”) 1 is in an ever-closing orbit around Earth and is expected to enter the atmosphere as a spectacular fireball any time in the next few days. The stricken station currently swings by over northern latitudes in minute-long passes and can be seen in Delhi skies, too, as a faint dot of magnitude 4 to the unaided eye.

The 8.5-tonne-Tiangong-1 has been orbiting Earth since 2011 at an altitude slightly lower than the International Space Station (ISS), helping Chinese scientists study rendezvous and docking technologies. It was also used as a base for China’s manned Shenzhou 9 and 10 missions. But ever since its power systems failed a couple of years ago, engineers have been counting down to the demise of Tiangong 1 and its eventual fall Earthwards.

A spacecraft drops from orbit when it loses its velocity due to the constant tug of Earth’s gravity. Although the outer layer of the atmosphere is very thin, it is still thick enough to drain orbital energy from spacecraft. This orbital decay happens to all satellites (including the ISS) as their orbits are disturbed by more than a kilometre every year. Space engineers use rocket thrusters on board the spacecraft to realign their orbits at periodic intervals. As a spacecraft enters the upper reaches of the atmosphere, it falls faster, squashing the air molecules below it, and they heat up. Most of the time, the spacecraft burns up completely in the upper reaches and all we get to see on the ground are ‘shooting stars’: the fuselage, solar panels and so on burning up brightly as they hurtle down.

The most famous example of orbit decay was the US space station Skylab, which burned up in the atmosphere in July 1979. It was the largest uncontrolled reentry by spacecraft. Debris from the 77-tonne Skylab fell harmlessly into the Indian Ocean and across a remote region of western Australia. In March 2001, pieces from the 130-tonne Russian space station Mir splashed down in the south Pacific.

The larger the spacecraft, the more the likelihood of at least some parts surviving the fiery descent and making it to the ground. Even then, the chances of any spacecraft debris falling over populated regions are extremely slim as much of the planet is covered by water. In the entire history of spaceflight, there has been only one incident of a human being struck by space junk. On January 22, 1997, a small metal piece from a Delta rocket grazed the left shoulder of Lottie Williams of Oklahoma, leaving her more surprised than injured.

Although the Chinese publicly dismiss Tiangong 1’s re-entry as simply “the end of a mission”, there is the theoretical possibility of some of the craft’s remnants surviving reentry. The leftover hydrazine fuel on Tiangong 1 is highly toxic and adds a dangerous dimension to the station’s fall. But these concerns pale before an alarming aspect of space exploration that the kamikaze dive of Tiangong 1 highlights: the increasing space junk in low Earth orbit (LEO).

In addition to the 2,000-odd satellites currently orbiting Earth, there are thousands of derelict satellites and spent rockets circling the planet along with countless metal pieces, solar cells, flecks of paint, etc. (Sorry, Elon Musk, but your car just added to this orbiting jetsam.) In such a crowded space environment, the chances of collision rise dramatically as space trash moves at speeds touching 30,000 kph. At such speeds, even minuscule scrap pieces can rip holes in a spacecraft’s fuselage or its solar panels, or disable satellites by causing electrical shorts.

To clear orbital trash, space agencies have toyed with several ideas. This includes the use of ground-based lasers to alter spent satellites’ orbits, powering them with ion engines so they would reenter the atmosphere faster and deploying electrodynamic ‘trusses’ to increase drag on space trash and nudge them into the atmosphere.

The best way to make the LEO a litter-free zone, however, may be to not litter in the first place. There are several ways in which this can be done – from ensuring no fuel is left behind on discarded satellites to prodding expended rocket stages to lower orbits so that they burn up during reentry.

After the Tiangong reentry, a 1 tonne Indian rocket stage is probably next. PSLV-C19 fourth stage, launched in 2012, currently in a 205 x 218 km orbit.

The so-called ‘25-year law’ is a voluntary rule that major spacefaring countries follow. It makes it incumbent upon space agencies to ensure that anything launched into LEO comes back to Earth within 25 years once the mission is over. Never mind if some agencies find it cheaper and convenient to just abandon spent satellites.

In any case, space experts believe that all these efforts may count for too little too late. For even without any new launches, the amount of space junk created by collisions in orbit would exceed the amount that falls back to Earth in the next 40 years. In fact, the rate at which the LEO is getting crowded, getting into orbit may soon become too dangerous. Imagine a time when you can no longer launch rockets!

So are we prepared to go the extra mile by skipping Earth orbit altogether whenever possible so as to not add to the junk in orbit? Terrestrial fibre-optic systems, for instance, can easily handle many functions of orbiting satellites such as providing for phone calls, television and other communication links. And given the speed of technological development today, it shouldn’t be difficult for space agencies to work with private companies to come up with viable solutions. The only alternative, of course, is to watch helplessly as the blanket of trash spreading across LEO steadily closes the only door we have to the final frontier.

The Wire Science@TheWireScience
3 Following 12.8K Followers
“Hair absorbs oil but not water. There’s been a big campaign around the island to get the hair.” https://t.co/swtSXGy2Tb
11 hours ago
2
While most patients do recover from the coronavirus disease, their family members often suffer in silence, boycotte… https://t.co/TGLi6uBiV9
12 hours ago
4 6
ICYMI: Dibyendu Nandi, a solar astrophysicist at @cessi_iiserkol, said that a truly "killer" flare, such as one tha… https://t.co/0tNsAzw4Hw
13 hours ago
2 7
Madhav Gadgil, the head of the Western Ghats Ecology Expert Panel, said if the Kerala government had heeded the rep… https://t.co/qMBQGRtff1
15 hours ago
3 17
To be infected with a virus capable of producing a latent infection is to be infected for the rest of your life. https://t.co/A3wjNQuQ51
16 hours ago
2 7
Today, August 12, marks the birth centenary of Vikram Sarabhai, the celebrated industrialist and innovator popularl… https://t.co/XwheiV9WSp
17 hours ago
2 10
The two most influential lobby groups in India’s construction sector have taken opposite positions vis-à-vis the Un… https://t.co/HNGMF0P0u7
19 hours ago
1 3
The MV Wakashio is still holding some 2,000 tonnes of oil and it is expected to eventually break up, Prime Minister… https://t.co/X2K1lyPVNt
20 hours ago
3 3
After 27 years, CPWD has revoked the ban on wood from its construction agenda. What is confusing and difficult to c… https://t.co/QtQgLSrUgg
22 hours ago
9 23
RT @mkvenu1: Legal experts shocked at provision for post-facto clearance of projects. Meaning projects can start pending clearance? New Dra…
1 day ago
29
New research shows that the rate at which glacier ice is lost from the Himalaya has doubled in the last 20 years an… https://t.co/YVNuxR5v4Q
2 days ago
4
10. In October 2018, PM Modi won the UN Champions of the Earth Award. @khanumarfa explains why:… https://t.co/w2IjhYACRR
2 days ago
12 30
"The Baghjan blowout clearly shows why the government’s new plan to allow “a self-regulation mechanism” of environm… https://t.co/AgxDBpUQJM
2 days ago
6 8
The environment ministry already made a diluting amendment to EIA notification 2006, citing COVID-19 as an excuse t… https://t.co/icDtoQKwK3
2 days ago
2 4
7. The new notification exempts a list of projects from prior requirements, notably renewable energy projects, sola… https://t.co/7siHTo6n0M
2 days ago
2 3
Contact us