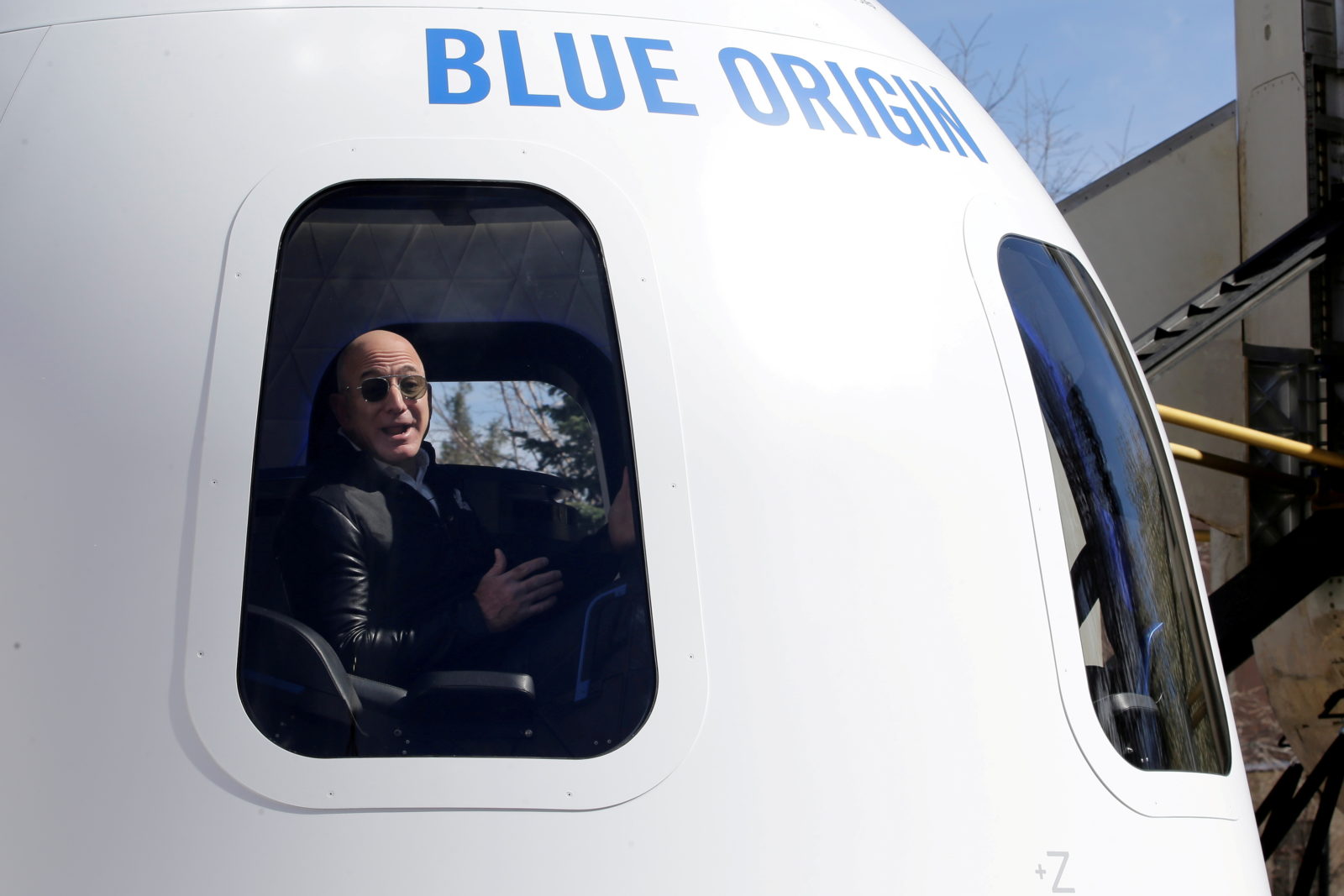 Can a Radical Treatment for Paedophilia Work Outside of Germany?

Amazon’s billionaire founder Jeff Bezos said on June 7 he and his brother Mark will fly on the first crewed space flight from his rocket company Blue Origin next month.

“Ever since I was five years old, I’ve dreamed of traveling to space. On July 20th, I will take that journey with my brother,” Bezos, who is one of the richest people in the world, said in an Instagram post.

Bezos, who is due to step down as Amazon’s chief on July 5, will join the winner of an auction for a seat on the first space flight from Blue Origin.

Him and fellow billionaires Elon Musk and Richard Branson have been investing billions of dollars on their rocket startups, but Bezos will be the first of the three to actually travel into space on a rocket developed by his own company.

The Blue Origin spacecraft, which is set to carry Bezos and others, has undergone 15 test flights, none of which had any passengers onboard.

Blue Origin closed the first round of the auction last month and said it had received more than 5,200 bidders from 136 countries, without disclosing the highest bid from the round.

The highest bid ended at $28 million in the second round of auction, according to Blue Origin‘s website.

Blue Origin’s New Shepard rocket-and-capsule combo is designed to autonomously fly six passengers more than 100 km above Earth into suborbital space, high enough to experience a few minutes of weightlessness and see the curvature of the planet before the pressurised capsule returns to earth under parachutes.

The capsule features six observation windows and are nearly three times as tall as those on a Boeing 747 jetliner and the largest ever used in space, Blue Origin said.

Bezos’s rocket startup is targeting July 20 for its first suborbital sightseeing trip, a landmark moment in a competition to usher in a new era of private commercial space travel.

The startup was planning to charge passengers at least $200,000 for the ride, based on an appraisal of rival plans from Branson’s Virgin Galactic Holdings Inc and other considerations, Reuters reported in 2018, but its thinking may have changed.

Global insurers as still in the early stages when it comes to covering liabilities surrounding space travel. Life insurers do not ask about space tourism or exclude it from their coverage.

“You will sign this waiver of liability and provided there’s no gross negligence or willful misconduct, if you don’t survive, unfortunately, there’s probably no financial recovery,” said Richard Parker of Assure Space, a unit of insurer AmTrust Financial.

The Wire Science@TheWireScience
3 Following 25.7K Followers
The SoPs had been issued through a simple office memorandum, instead of under the terms of the Environment Impact A… https://t.co/Y4Kerbutro
17 hours ago
The findings suggest that the ban has not been effective in controlling seahorse extraction and add to concerns on… https://t.co/TfoCG8fPNb
18 hours ago
2
Chandrayaan-3, India’s lunar mission, is likely to be launched during the quarter of 2022, Union minister Jitendra… https://t.co/gcFNqseEz3
20 hours ago
2
The Madras HC stayed a set of SoPs that the government had issued to facilitate industries in procuring post facto… https://t.co/LfbFkjfWZm
21 hours ago
India has a system that rewards success based on officially reported numbers, incentivising many states to 'manage'… https://t.co/gJzDAGln9r
22 hours ago
1 1
Researchers who study casteism in science say that even as Dalits have mobilised for their rights, they have encoun… https://t.co/59Ju8kltgi
23 hours ago
1
For the past two decades, the catch and trade of seahorses has been banned in India. However, a new study reveals… https://t.co/Quz39m2l5Y
24 hours ago
1
A new study has found that breathing ambient air with unsafe levels of fine particulate matter causes approximately… https://t.co/VBjvORcb3x
1 day ago
2 2
The state govt has not come out on rationale for building a high-speed alternate rail in Kerala, to the tune of bei… https://t.co/VLeu2Pb5cv
1 day ago
1
Dry season droughts have become increasingly severe in Vietnam in recent years. Decades of intensive agriculture a… https://t.co/dejHsGJGfS
1 day ago
1
When and where do honey bees sleep? Do honey bees also experience light and deep sleep states? How can we deprive h… https://t.co/YntncKH9t7
1 day ago
Social media developers can take steps to foster constructive disagreements online through design. But our findings… https://t.co/aNoFA8B4kz
1 day ago
In Chirgaon, only 22 vultures belonging to two species that are typically found in the area were surviving on a han… https://t.co/jg0rhmKy6Y
2 days ago
2 5
Interviews with young Dalit scientists, along with a growing body of academic work, detail the obstacles Dalits sti… https://t.co/sJKQBgslLT
2 days ago
3 5
Kerala is planning to construct a high-speed railway line that connects capital city of Thiruvananthapuram in the s… https://t.co/BvOZdlw1yV
2 days ago
1 1
Contact us