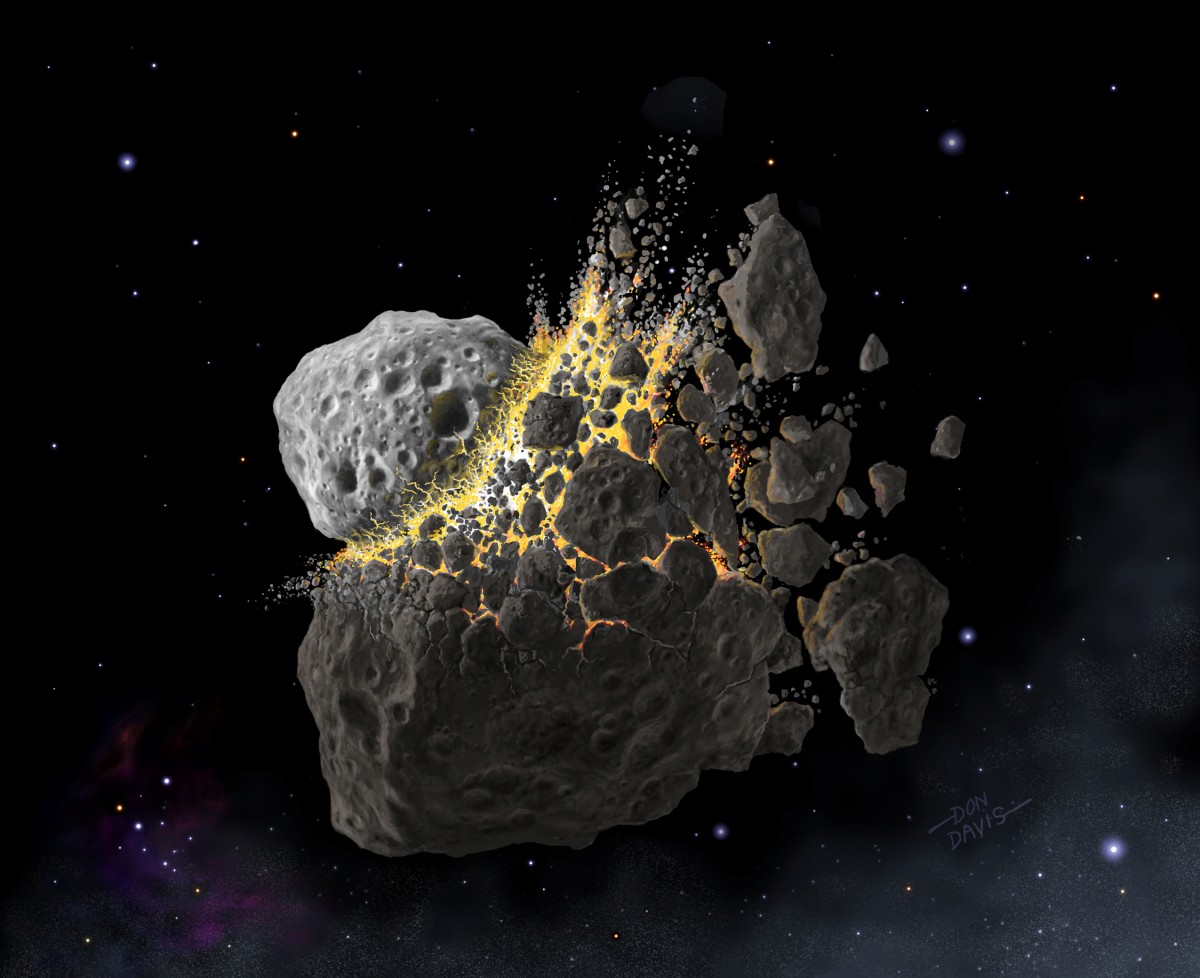 Washington: The cataclysmic asteroid impact off Mexico’s coast that doomed the dinosaurs 66 million years ago was not the only time an astronomical event shaped the history of life on Earth.

Scientists on Wednesday said that dust spawned by a gigantic collision in the asteroid belt between Mars and Jupiter 400 million years earlier triggered an ice age on Earth that ushered in a significant increase in marine biodiversity.

The event, occurring when life was concentrated in the seas and far before vertebrates first walked on land, set in motion evolutionary changes in invertebrates fundamental to marine ecosystems as they adapted to global cooling, they said.

The inner solar system was filled with enormous amounts of dust after an asteroid more than 90 miles (150 km) in diameter was struck by a smaller object perhaps 12 miles (20 km) wide, the researchers said. It was the solar system’s largest-known breakup event in the past two billion years.

Solar radiation reaching Earth‘s surface was reduced for at least two million years by the dust in space and in the planet’s atmosphere, said study co-author Philipp Heck, an associate curator at the Field Museum in Chicago.

Another cooling mechanism was that the iron-rich meteoritic dust fertilised large parts of the ocean surface leading to increased plankton productivity and draw down of atmospheric carbon dioxide, added Birger Schmitz, a geology professor at Lund University in Sweden and lead author of the research published in the journal Science Advances.

“In the last few decades, researchers have begun to understand that evolution of life on Earth is dependent on astronomical events also,” Schmitz said.

Also read: Water Found in Atmosphere of Planet Beyond Our Solar System

After noting the dinosaur-demise event caused by an asteroid perhaps 6 miles (10 km) wide, Schmitz added, “For the first time, scientists can now present another example of how an extraterrestrial event formed life on Earth.”

The cooling event unfolded gradually, enabling marine life during the Ordovician Period to adapt, unlike the sudden impact that erased the dinosaurs. Earth‘s climate changed from being tropical to semitropical worldwide to becoming divided into climate zones as it is today with frozen poles and tropical conditions at the equator.