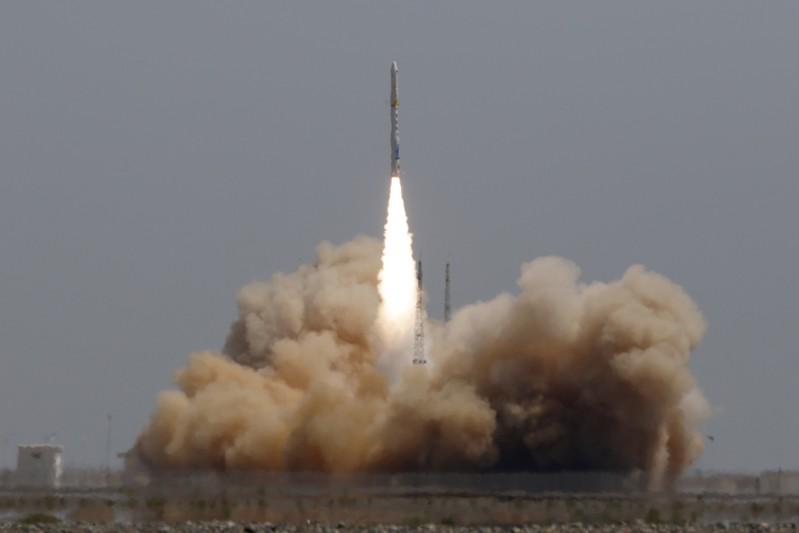 By Opting For Bioplastics, Are You Really Making The Greener Choice?

The company’s Hyperbola-1 rocket blasted off from the Jiuquan Satellite Launch Centre, carrying two satellites and several experimental payloads, according to Global Times. This is the largest and most powerful rocket built by a private Chinese space company, iSpace said in a statement.

According to a SpaceNews report, the launch vehicle had three solid stages and a liquid-propellant fourth stage.

While Thursday’s successful launch may have put iSpace on the map, the company has more plans for the future. Hyperbola-2, a 2.5-meter-diameter, 38-meter-tall launch vehicle powered by liquid-methane and liquid-oxygen engines, is under development, SpaceNews reported.

In an interview to a Chinese website, iSpace vice-president Huo Jia had said that he believed there would be just one or two commercial launch companies in China in the next 5-10 years, SpaceNews said. “China’s rocket technology is very mature,” Huo was quoted as saying. “The key is that the satellite downstream application market has not been developed, so the demand for satellite launch is not great.”

Two other Chinese start-ups have tried to put satellites in orbit previously, but failed. Landspace made an attempt in October 2018 and OneSpace in March 2019, but neither made it to orbit, Reuters reported.

Several private space companies are trying to make their mark in China, after the government opened up the launch and small satellite sectors to private capital. “The speed of the development of launch vehicles by private companies in China has been accelerated by a civil-military integration national strategy, facilitating the transfer of restricted technologies to approved firms in order to promote innovation in dual-use technology,” according to SpaceNews.

In India, whether or not the Indian Space Research Organisation should help start-ups grow has been the subject of debate.

Kris Nair, the founder of Mumbai-based Exseed Space – the only Indian company that has put a satellite in space, piggybacking on SpaceX Falcon 9 rocket in December 2018 – believes it would make a world of a difference.

In an article in The Print, he said, “With the many years of expertise of ISRO scientists and technological advances by them, there is much knowledge to be shared with others in the industry with a ‘co-beneficial for the nation’ mindset.”

In June 2019, several Indian space start-ups picked up some investors.

Yashas Karanam, the founder of Bengaluru-based Bellatrix Aerospace, raised $3 million from a group of investors – the biggest investment in an private Indian space player. Bellatrix Aerospace intends to to propel satellites into orbit using electric and non-toxic chemical thrusters.

Their fundraising represents a big leap in private space investments in India where the government has enjoyed a near-monopoly for decades.

The Wire Science@TheWireScience
3 Following 26.4K Followers
As vaccines induce a T-cell response against a diverse set of epitopes, it’s likely they will still provide compara… https://t.co/FcVaoG71Bd
6 hours ago
The Rajya Sabha was told that as much as 96% (101.27 crore) of the total COVID-19 vaccine doses administered since… https://t.co/fLN16vAbSw
7 hours ago
1 1
While the Outer Space Treaty offers broad principles to guide the activities of nations, it does not offer detailed… https://t.co/kT06EXlRLn
8 hours ago
1 3
Climate scientist Katharine Hayhoe emphasises honest, one-on-one communication: “Have a conversation about somethin… https://t.co/S3KECoKIbn
9 hours ago
Its closest evolutionary connection appeared in April 2020, which suggests the variant evolved over an extended per… https://t.co/e18hL26fxV
10 hours ago
1 2
An international team has attempted to quantify the extent to which nepotism – the practice of favouring one’s frie… https://t.co/ui8ApCoL1i
22 hours ago
3 4
The NCDC also claimed to have no information about how much money had been allocated for the sequencing programme n… https://t.co/7cZflDKhnV
23 hours ago
1
Without a bridge to the mainland, the residents of Sagar Island wait for a single 'water ambulance' in a health eme… https://t.co/7ABa5mTQdq
24 hours ago
1 4
Scientific publishing is an important part of doing modern science. The scientific literature is expected to be an… https://t.co/970uyfOLVD
1 day ago
3 3
Despite its contributions to thinking about climate change, ‘Deep Adaptation’ has a weak premise at its core: that… https://t.co/9PTfhst0hm
1 day ago
2
Buddhist legends focused on northeastern India from the fourth and third centuries BCE recount the army of automata… https://t.co/vscKNXyWcN
1 day ago
A legal fight between the US National Institutes of Health and Moderna over COVID-19 vaccine patents shows that whe… https://t.co/FWceveWUIe
1 day ago
1
The mutations also indicate that omicron may have reduced sensitivity to antibody activity induced by past infectio… https://t.co/OUUjdDUvJB
1 day ago
1
Climate scientist Katharine Hayhoe's new book contains plenty of science – but she is well aware that inundating pe… https://t.co/lIZxQyQcvN
1 day ago
2
The omicron variant is not a descendant of any of the existing VOCs; instead, it appears to have descended directly… https://t.co/ZspdFVjJnr
1 day ago
1 5
Contact us