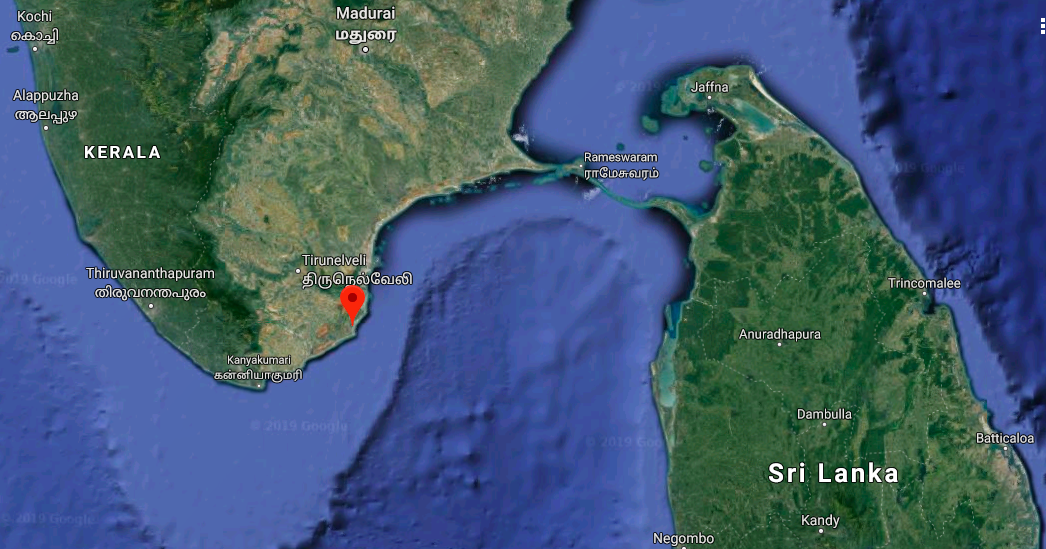 The Indian Space Research Organisation (ISRO) has commenced land acquisition for its second launchpad in Kulasekarapattinam, a town in the Thoothukudi (Tuticorin) district of Tamil Nadu, news agency IANS reported on November 29.

News of this launchpad has been doing the rounds for a year or so but a confirmation of the scale of activities planned in the chosen area was hard to come by.

ISRO’s first and only spaceport, the Satish Dhawan Space Centre (SDSC), is located in Sriharikota, about 100 km north of Chennai, in the state of Andhra Pradesh. The organisation launches its PSLV and GSLV rockets from here.

The SDSC, setup in 1971, currently has two active launchpads. Its first launchpad was decommissioned once the Augmented Satellite Launch Vehicle programme ended in 1994. The first of the two active pads mostly services the PSLV and the second, the GSLV, and which ISRO is currently modifying to accommodate crewed vehicle missions as part of its upcoming human spaceflight project, Gaganyaan. A third launchpad in the same premises is also in the works.

The second spaceport at Kulasekarapattinam is expected to provide an important advantage to ISRO’s upcoming Small Satellite Launch Vehicle (SSLV), a smaller counterpart of the PSLV that the organisation has developed to launch small-satellites more frequently.

The PSLV is designed to launch satellites into pole-to-pole, or polar, orbits around Earth. However, it can’t enter into such an orbit straightaway after launch because its trajectory needs to avoid flying over Sri Lanka, protecting its popular centres from any debris from the rocket. So once the rocket lifts off from Sriharikota, it flies further east to avoid Sri Lanka and then steers itself back towards the South Pole.

This manoeuvre requires more fuel, and for a smaller rocket like the SSLV, the addition could eat into its already limited payload capacity and reduce the rocket’s value for Antrix, ISRO’s commercial ventures operator. By setting up a spaceport in Kulasekarapattinam, however, the SSLV will lift off over the Lakshadweep Sea and won’t have to swerve around Sri Lanka as it climbs to higher altitudes.

This flight path is beneficial to the PSLV as well. However, analysis by Reddit user @Ohsin earlier this year suggested the size of the proposed spaceport together with limitations imposed by the exclusive economic zones of Sri Lanka, Maldives and the British Indian Ocean Territory confined the launch corridor to an area too small to be used by the PSLV.

India prefers its spaceports as close to the equator as possible and located on the east coast for two reasons. First, Earth’s rotation provides a speed boost to rockets launched in the eastward direction, such as the GSLV Mk II and Mk III, and headed for an equatorial orbit around the planet. The strength of the boost is higher closer to the equator. Second, in the event of a failure, debris from an explosion would fall into the Bay of Bengal instead of onto land, potentially damaging property or taking lives.

Late last year, ISRO had said it was looking for a suitable spaceport site “near Gujarat”, but the idea was likely dropped and attention shifted to Tamil Nadu because a southern spaceport reduces the distance to the South Pole and ensures access to a vast, unpopulated area below the flight path.

IANS quoted an unnamed ISRO official saying the site in Kulasekarapattinam had in fact been “considered long ago” as a spaceport but was abandoned after “the locals opposed” it.

There has been some opposition this time as well, though not widespread. In June 2019, residents of Alagapuram panchayat in Thoothukudi district, near where the proposed launch site is located, petitioned the district collector after discovering that a part of the residential area of the panchayat, home to 2,000 families, was to be acquired to develop the site.

“Any development should not affect the people living there,” a former president of the panchayat had told Times of India then.

The state of Tamil Nadu in general has been wary of centrally funded Big Projects. Local activists and politicians had already successfully prevented the Department of Atomic Energy from setting up a very large science experiment in Theni district before the tragic events of May 2018, when the state government ordered police personnel to open fire against a mass protest against the Sterlite copper-smelting plant in Thoothukudi district – where Kulasekarapattinam is also located. Thirteen people were killed.

The first two launches of the SSLV – both developmental flights – are set to happen from the SDSC in Sriharikota. The first flight is scheduled for early 2020 (moved from November 2019 after delays due to the Chandrayaan 2 surface mission failure in September). Subsequent, operational flights will be moved to the Kulasekarapattinam spaceport, and ISRO has said it would like to transfer the SSLV programme over to private industry as well.

Note: This article originally stated that Gaganyaan missions would be flown from the upcoming third launchpad at SDSC. It’s actually a modified version of the second launchpad. The mistake was correct on December 1, 2019, at 5:57 pm.

The Wire Science@TheWireScience
4 Following 26.6K Followers
As electric cars and trucks appear increasingly on US highways, it raises the question: When will commercially viab… https://t.co/4PRFfwdjjM
21 hours ago
Students experienced the vibrations of Earth's auroras, the Sun's flares, Jupiter's bow shock and Saturn's rings in… https://t.co/eqcXekQvmI
22 hours ago
2 4
In a first, amateur aurora chasers brought Steve, a new type of aurora, to the notice of scientists, who discovered… https://t.co/NYh5HBFSQq
23 hours ago
1 3
We should only be authors on papers when we have contributed in a substantive way. That should go without saying, b… https://t.co/XabYPunqo2
1 day ago
1 1
The active cases have increased to 21,13,365, the highest in 237 days, while the death toll has climbed to 4,88,884… https://t.co/5PJkauK8hQ
1 day ago
An interview with the notable physicist Nathan Seiberg on string theory, particle colliders, physics of the future… https://t.co/D2v080ZanB
1 day ago
3
Because of the scale at which its experiments are conducted and the diverse branches of physics and mathematics its… https://t.co/OUKn7PEwtP
1 day ago
In the summer of 1935, the physicists Albert Einstein and Erwin Schrödinger engaged in a rich, multifaceted and som… https://t.co/L3rSjHho70
1 day ago
2 20
Data tracking has long been a lucrative business model for many corporations. The fact that it also takes place in… https://t.co/g7VOZIQEPr
1 day ago
1
The government has said Repsol spilled some 6,000 barrels of oil into the ocean last week near its La Pampilla refi… https://t.co/x0lAVqpieE
1 day ago
2 7
The curve of any infectious disease outbreak typically has a consistent rising part, a peak and then the declining… https://t.co/uWOu0kYi75
1 day ago
Allowing scientific platforms to promote and propagate pseudoscience can have debilitating consequences for Indian… https://t.co/B1UvB4V09k
1 day ago
1 1
It is now scientifically proven that most of us carry a mother's voice in the neural patterns of our brain: bedtime… https://t.co/GrSvkbCEAo
1 day ago
2
Diseases like Alzheimer's and schizophrenia manifest differently in men and women, and that's important to know. |… https://t.co/YhYYUtu2bI
2 days ago
2 4
Only seven years after birth, the rate at which new neurons are formed in the adult human hippocampus falls by 23-t… https://t.co/LuqCenzMFg
2 days ago
3
Contact us