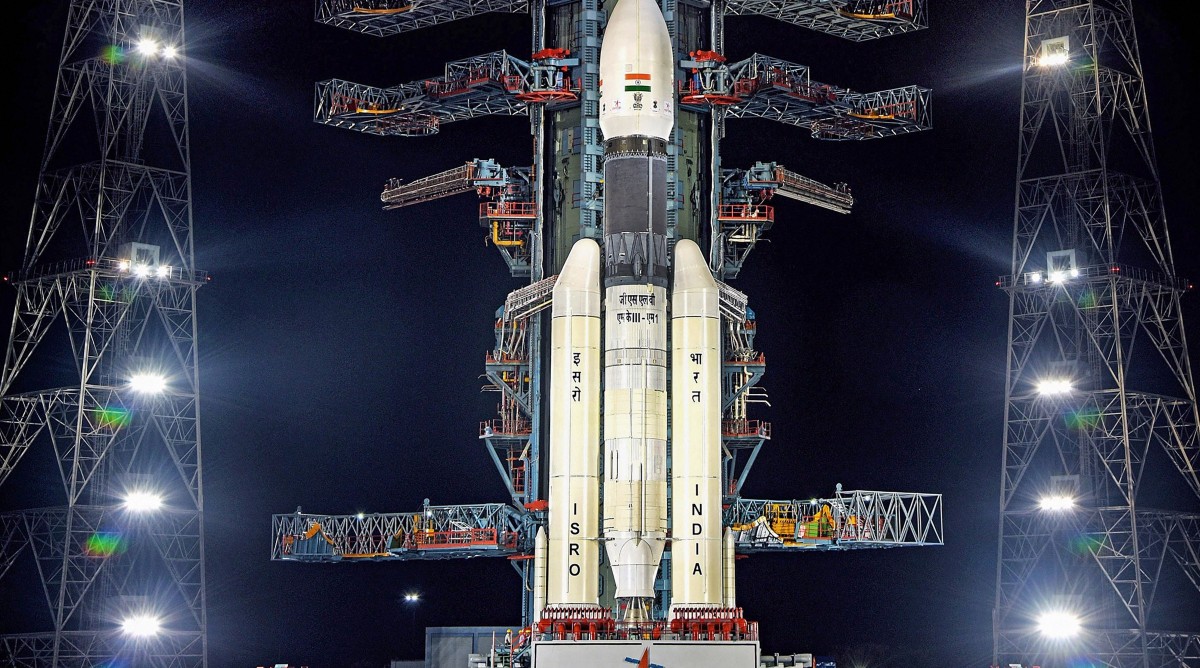 New Delhi: After the last-minute launch cancellation, uncertainty prevails about when the Indian Space Research Organisation (ISRO) will be able to launch Chandrayaan-2, its prestigious moon mission.

While ISRO has officially said that the scheduled Chandrayaan-2 launch was cancelled due to a “technical snag”, the Times of India has reported that the issue was a leak in the cryogenic stage.

Chandrayaan-2, on board the GSLV-Mk III, was supposed to be launched at 2:51 am on July 15. However, less than an hour before lift-off, ISRO said that the launch was being cancelled.

“After filling liquid oxygen (oxidiser) and liquid hydrogen (fuel), helium was being filled. The procedure is to pressure the helium bottle up to 350 bars and regulate the output to 50 bars. After filling helium, we found the pressure was dropping, indicating there was a leak,” Times of India quotes a senior ISRO scientist as saying. “The team is yet to pinpoint the exact spot of the leak in the gas bottle; there could be multiple leaks.”

Also read: Why ‘Poverty First, Moon Next’ Is an Absurd Argument

According to the newspaper, this leak did not come completely out of the blue – a similar oxygen leak in the cryogenic engine was detected on June 22, during a ground test. The team decided to go ahead anyway, Times of India reported, as the leak “didn’t mean that the flying engine would have the same problem, but there was always a probability. It was a calculated risk.”

According to the newspaper, the space agency is likely to announce its plan on Wednesday (July 17). Monday’s launch window was the longest (1o minutes). If ISRO decided to go ahead with the launch this month, it will have a one-minute window every day. The window will then close at the end of July, Times of India reported, and then ISRO will have to wait till at least September for the launch. The newspaper quoted some scientists as saying that the launch may not happen this year.

If the July 31 window is missed, an ISRO source was quoted as saying, the mission plan may need to be reworked as more fuel will be needed. “This will affect operations of payloads. If we miss the deadline, the orbiter’s life may be reduced to six months from the present one year, as it would have used up some of its fuel.”

ISRO seems to want to try and make the July 31 deadline. This is reinforced by the fact that the space agency has a fresh note-to-airmen (NOTAM, an alert issued before the launch). However, the NOTAM does not specify when the launch will take place. The alert is effective on July 17 between 2:30 am and 3:30 am, and for July 18 to 31 between 2 pm and 3:30 pm. “Actual date of launch will be intimated 24 hr in advance through a separate NOTAM,” the note says.