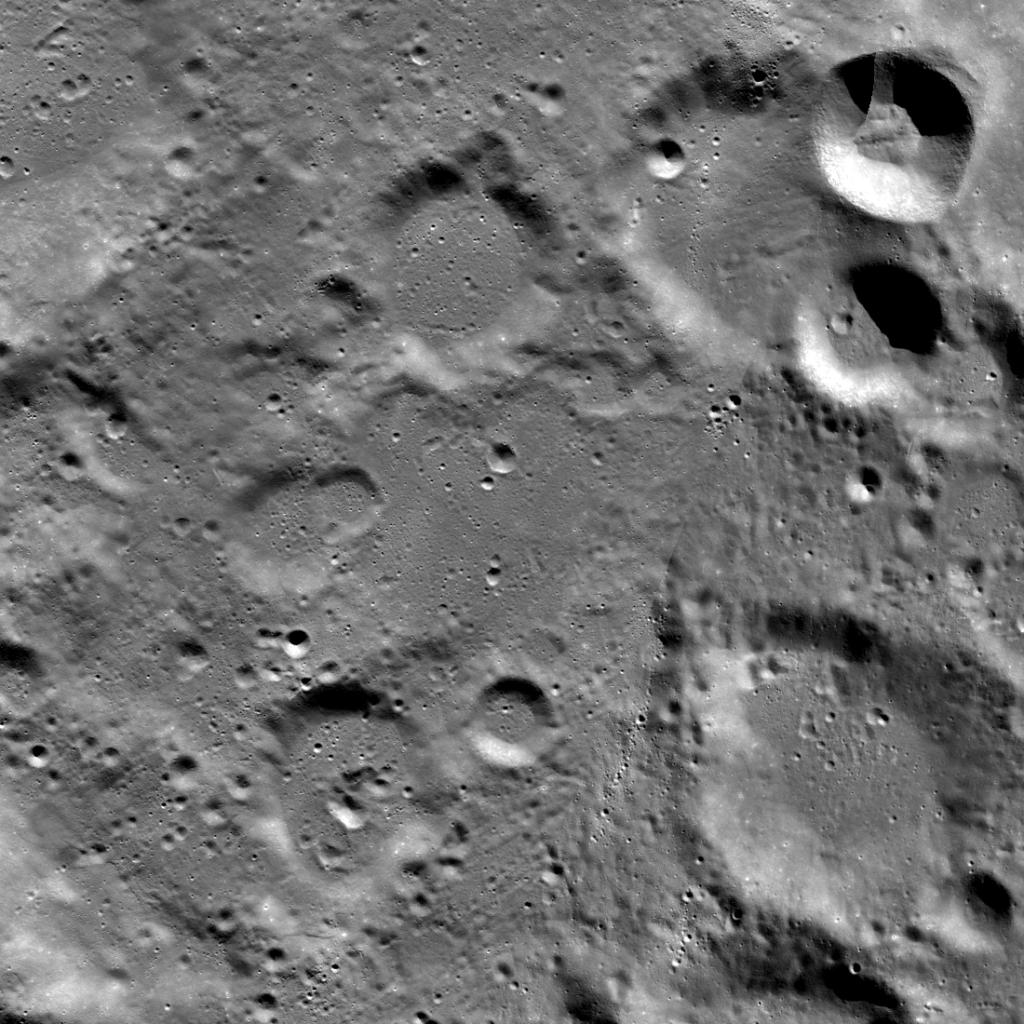 Washington Vikram had a “hard landing”, NASA said on Friday, as it released high-resolution images captured by its reconnaissance orbiter of the Moon’s unchartered south pole where the Chandrayaan 2 lander attempted to soft-land during the ambitious mission three weeks ago.

The module had attempted a soft landing on a small patch of lunar highland smooth plains between Simpelius N and Manzinus C craters before losing communication with ISRO on September 7. The site was about 600 km from the south pole in a relatively ancient terrain, according to the US space agency.

“Vikram had a hard landing and the precise location of the spacecraft in the lunar highlands has yet to be determined, the National Aeronautics and Space Administration said.

The scene was captured from a Lunar Reconnaissance Orbiter Camera (LROC) Quickmap fly-around of the targeted landing site image width is about 150 kilometres across the centre.”

Our @LRO_NASA mission imaged the targeted landing site of India’s Chandrayaan-2 lander, Vikram. The images were taken at dusk, and the team was not able to locate the lander. More images will be taken in October during a flyby in favorable lighting. More: https://t.co/1bMVGRKslp pic.twitter.com/kqTp3GkwuM

Vikram was scheduled to touch down on September 7. This event was India’s first attempt to soft land on the Moon and could have propelled it into a select club of countries to have landed on the lunar surface.

After Vikram lost contact with ground stations, just 2.1 km above the touchdown site, the possibility of establishing contact with the lander had a deadline of September 21, because after that the region entered into a lunar night.

ISRO had said the mission life of the Vikram lander and the Pragyan rover it carried will be one lunar day, which is equal to 14 Earth days.

The lunar nights can be very cold, especially in the south polar region where Vikram is lying. Temperatures could drop to as low as minus 200 degrees Celsius during the lunar night.

The instruments aboard the lander are not designed to withstand that kind of temperature. The electronics would not work in the absence of solar energy and would get permanently damaged.

The NASA orbiter passed over the Vikram landing site on September 17 and acquired a set of high-resolution images of the area; so far the LROC team has not been able to locate or image the lander.

“It was dusk when the landing area was imaged and thus large shadows covered much of the terrain; it is possible that the Vikram lander is hiding in a shadow. The lighting will be favourable when LRO passes over the site in October and once again attempts to locate and image the lander,” NASA said.

The Wire Science@TheWireScience
3 Following 14.8K Followers
PM Modi on Monday took his first dose of the COVID-19 vaccine at AIIMS here and appealed to all those who are eligi… https://t.co/w19qHecG19
7 hours ago
To pick up changes as they emerge in the viral population, and to stop them from spreading elsewhere, the governmen… https://t.co/7YJ6FTQASt
8 hours ago
1
Most patients presenting with symptoms related to COVID-19 are receiving antibiotics for additional infections, suc… https://t.co/ks7BczP4Fd
9 hours ago
1 1
Vaccine supply chains are extremely specialised and sensitive, relying on expensive machinery, highly trained staff… https://t.co/IbNERKHsMZ
10 hours ago
2 1
India’s COVID-19 tally climbed to 1,10,96,731 on Sunday with 16,752 new infections, the highest in the last 30 days… https://t.co/gEK95YK89n
11 hours ago
1 2
At the end of a nearly -26hour countdown, the Polar Satellite Launch Vehicle PSLV-C51 lifted off from the first lau… https://t.co/Xzrle33153
23 hours ago
"While IGIB can sequence up to 10,000 samples a month, it has only received over a third of this number from Punjab… https://t.co/byq2du7R9w
24 hours ago
2 3
. @POTUS has ordered enough vaccines to immunise every American against COVID-19, with his administration saying it… https://t.co/DwWJbtOH5v
24 hours ago
1 4
The National Science Day, celebrated on February 28 since 1987, was the brainchild of Narender Kumar Sehgal, the fo… https://t.co/PDR7kG80OD
1 day ago
1 9
India’s rocket PSLV C-51 carrying Amazonia-1 of Brazil and 18 other satellites blasted off from the Sriharikota spa… https://t.co/NfgbepaZOF
1 day ago
A 2020 finance ministry order stopped govt labs from importing goods worth less than Rs 200 crore. The order was me… https://t.co/9vdxTrxzSP
1 day ago
2 4
India’s COVID-19 tally climbed to 1,10,96,731 on Sunday with 16,752 new infections, the highest in the last 30 days… https://t.co/s54jecbMVH
1 day ago
2 3
In an interview for @thewire_in, Dr. Srinath Reddy, president of the Public Health Foundation of India, said that t… https://t.co/oOqmwN2mdg
1 day ago
18 90
Hyderabad’s Centre for Cellular and Molecular Biology has been sequencing SARS-CoV-2 viral genomes since the COVID-… https://t.co/Bj41SVLUn6
1 day ago
1 5
The US government on Saturday authorised Johnson & Johnson‘s single-dose COVID-19 vaccine, enabling millions more A… https://t.co/yuoKp9qipf
1 day ago
1
Contact us