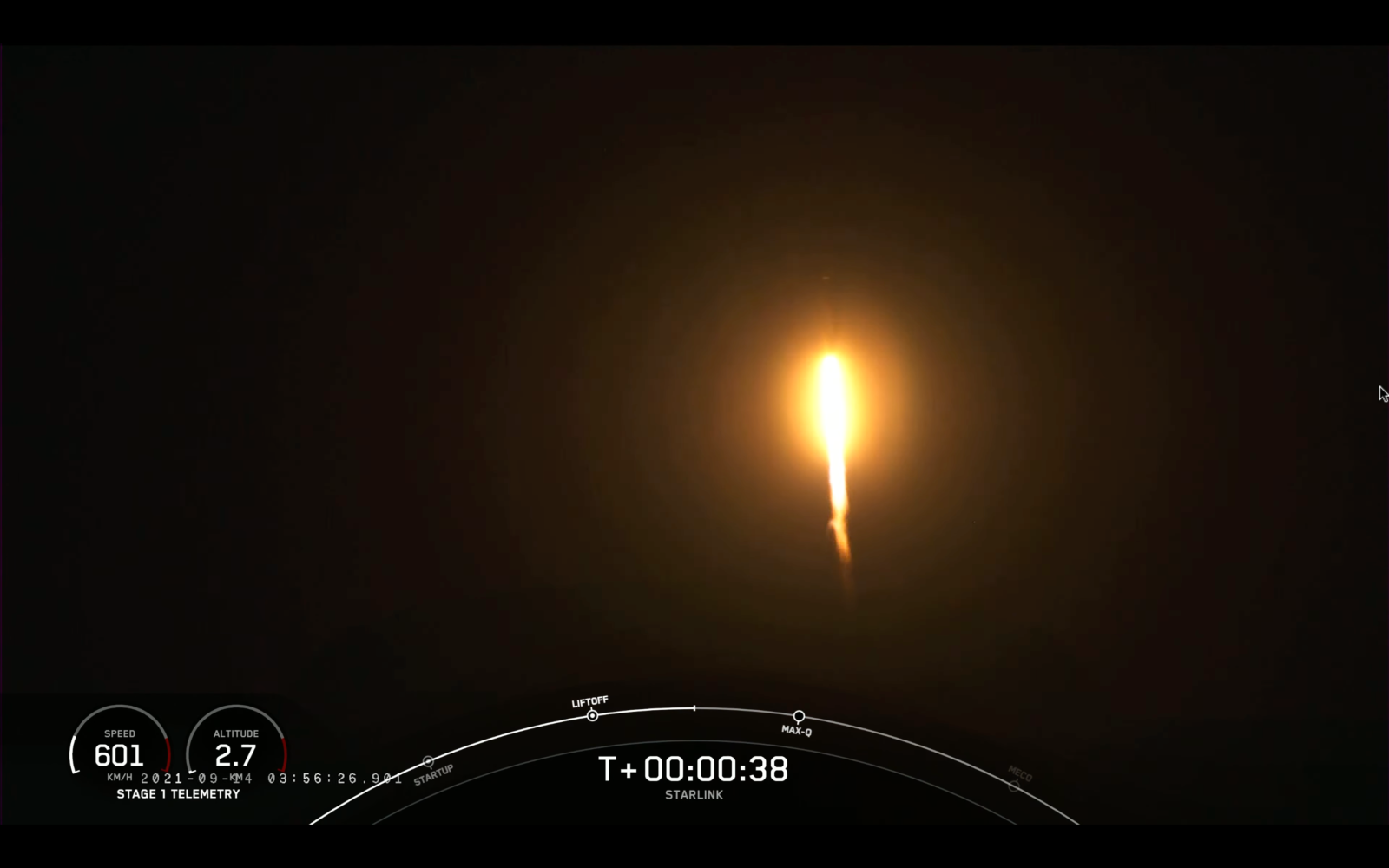 A group of civilian space travelers has made history by becoming the first set of non-professional travelers to orbit Earth.

Although amateurs have gone into space before, trained astronauts or cosmonauts have always been on board.

The SpaceX Dragon carrying four amateurs separated from the second stage of a Falcon 9 rocket 12 minutes after liftoff, according to a live video feed.

As of 00:50 UTC, the capsule was “officially in space,” according to SpaceX.

“Dragon will conduct two phasing burns to reach its cruising orbit of 575 km where the crew will spend the next three days orbiting planet Earth,” the company wrote on Twitter.

Who is on board for the trip?

Among the passengers is Jared Isaacman, the billionaire founder of payment processing company Shift4 Payments.

“A few have gone before and many are about to follow,” said Isaacman.

He will be joined by Hayley Arceneaux, a nurse who beat bone cancer as a child. Arceneaux was treated at the St. Jude Children’s Research Hospital, where she now works.

She was chosen for the trip after Isaacman donated a ticket to the hospital for a guest.

Arceneaux is the youngest American to go into space, and the first with a prosthesis – on part of her femur.

The two other seats were sold in a fundraising raffle for St. Jude.

They went to Chris Sembroski, an Air Force veteran and aerospace data engineer, and the geoscientist Sian Proctor.

Proctor is a geology professor who was almost selected to be an astronaut for NASA in 2009. She is set to become only the fourth African American woman to go to space.

A Dragon capsule housing the passengers blasted off on top of a Falcon 9 rocket.

The departure was from the launch complex 39A at NASA’s Kennedy Space Center in Florida. The complex is where the Apollo 11 mission took off for the Moon.

The spaceship’s trajectory will take it to an altitude of 575 kilometers (357 miles), which is further into space than the International Space Station.

The four passengers will splash down off the coast of Florida at the end of their journey, with their descent slowed down by huge parachutes.

Mission to open up space

As well as raising money for the hospital, the mission has the stated goal of becoming a turning point in the democratization of space.

It aims to show that space travel is accessible to people who have not been handpicked and undergone years of training as astronauts.

It also marked the debut flight of SpaceX owner Elon Musk’s new orbital tourism business, wherein wealthy customers are willing to pay a small fortune for the thrill – and bragging rights – of spaceflight.

Isaacman has reportedly paid an undisclosed sum to Musk for the mission to include himself and his three crewmates.

SpaceX regards the mission as a step towards humanity existing on multiple planets.

The biological data, including their heart rate and sleep statistics, will be analyzed as well as their cognitive abilities.

The team will also undergo tests before and after the trip, to see how it affects their bodies.

While the team’s training only lasted about six months, they were put through their paces physically.

They had to trek to the summit of 14,411 feet (roughly 3,000 meters) Mount Rainier and complete G force training – both in a centrifuge and onboard a jet.

While the flight should be fully automated, the crew has been trained to take control in the event of an emergency.

Both Virgin Galactic’s Richard Branson and Blue Origin’s Jeff Bezos also blasted off from the Earth earlier this year as amateurs. However, their flights in July only briefly skimmed space rather than going into orbit, with Branson reaching 86 km and Bezos 106 km.