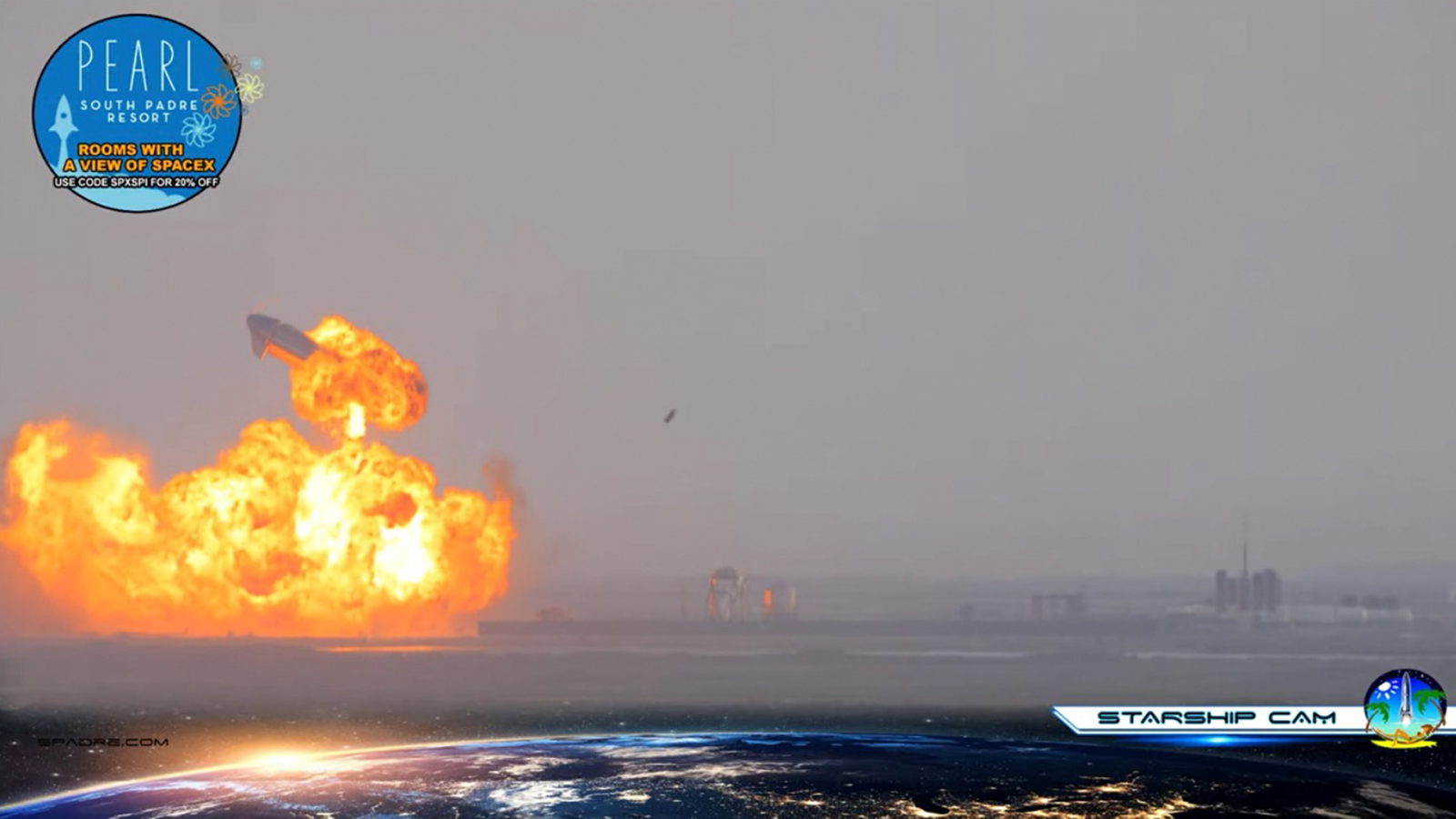 The third time appeared to be the charm for Elon Musk’s Starship rocket ‒ until it wasn’t.

The latest heavy-duty launch vehicle prototype from SpaceX soared flawlessly into the sky in a high-altitude test blast-off on Wednesday from Boca Chica, Texas, then flew itself back to Earth to achieve the first upright landing for a Starship model.

But the triumph was short-lived. Listing slightly to one side as an automated fire-suppression system trained a stream of water on flames still burning at the base of the rocket, the spacecraft blew itself to pieces about eight minutes after touchdown.

It was the third such landing attempt to end in a fireball after an otherwise successful test flight for the Starship, being developed by SpaceX to carry humans and 100 tons of cargo on future missions to the moon and Mars.

For Musk, the billionaire SpaceX founder who also heads the electric carmaker Tesla Inc, the outcome was mixed news.

The Starship SN10 came far closer to achieving a safe, vertical touchdown than two previous models – SN8 in December and SN9 in February. In a tweet responding to tempered congratulations from an admirer of his work, Musk replied, “RIP SN10, honourable discharge.”

The video feed provided by SpaceX on the company’s YouTube channel cut off moments after the landing. But separate fan feeds streamed over the same social media platform showed an explosion suddenly erupting at the base of the rocket, hurling the SN10 into the air before it crashed to the ground and became engulfed in flames.

A first orbital Starship flight is planned for year’s end. Musk has said he intends to fly Japanese billionaire Yusaku Maezawa around the moon with the Starship in 2023.