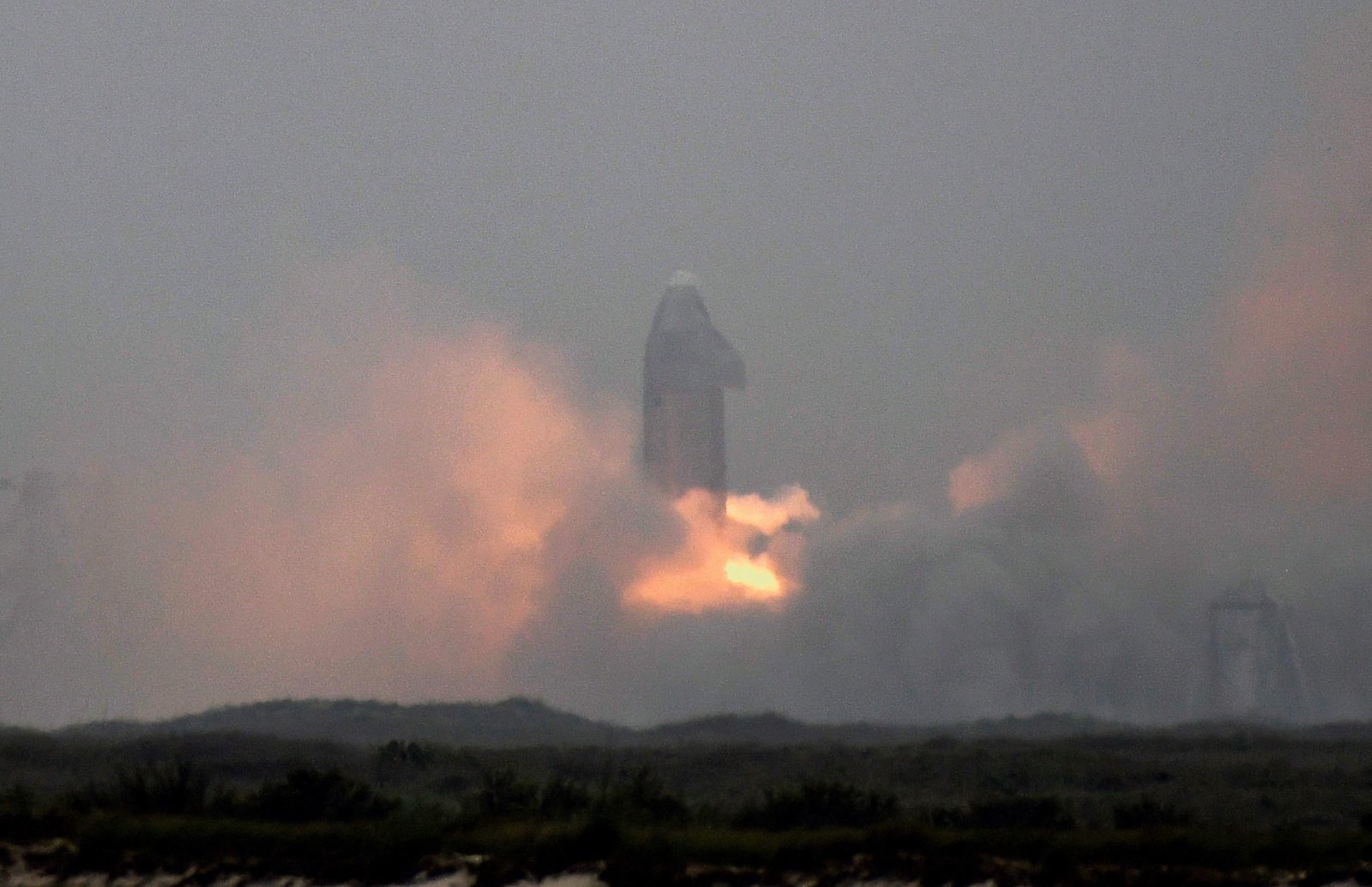 Waiving Patents on COVID-19 Vaccines Is Necessary – but Not Sufficient

SpaceX conducts a test launch of its SN15 starship prototype from the company’s starship facility in Boca Chica, Texas May 5, 2021. Photo: Reuters/Gene Blevins

SpaceX achieved the first successful touchdown of its prototype Starship rocket during the latest test flight of the next-generation launch vehicle in south Texas on Wednesday, after four previous landing attempts ended in explosions.

The feat marked a key milestone for the private rocket company of billionaire tech mogul Elon Musk in its development of a reusable heavy-lift launch vehicle to eventually carry astronauts and large cargo payloads to the moon and Mars.

The Starship SN15 blasted off from the SpaceX launch site in Boca Chica, Texas, along the Gulf Coast and reached its planned maximum altitude of 10 kilometers, then hovered momentarily before flying nose-down under aerodynamic control back toward Earth.

Maneuvering itself back into vertical position under rocket thrust as it approached the ground, the 16-story, three-engine vehicle descended to a gentle touchdown on its landing gear.

“We are down, the Starship has landed,” SpaceX principal integration engineer John Insprucker said during live commentary for the flight.

A video feed of the landing showed flames continuing to burn at the base of the rocket after the engines cut off, but an automated fire-suppression system trained a steady stream of water onto the landing pad, eventually extinguishing the blaze.

The flight came on the 60th anniversary of the first spaceflight by an American astronaut – Alan Shepard’s launch on a 15-minute suborbital mission atop NASA’s Mercury-Redstone rocket from Cape Canaveral, Florida.

Four previous test flights of Starship prototypes – SN8 in December, SN9 in February and SN10 and SN11 in March – all blasted off successfully but blew to pieces.

The complete Starship rocket, which will stand 120 meters tall when mated with its super-heavy first-stage booster, is SpaceX’s next-generation launch vehicle at the center of Musk’s ambitions to make human space travel more affordable and routine.

A first orbital Starship flight is planned for year’s end. Musk has said he intends to fly Japanese billionaire Yusaku Maezawa around the moon with the Starship in 2023