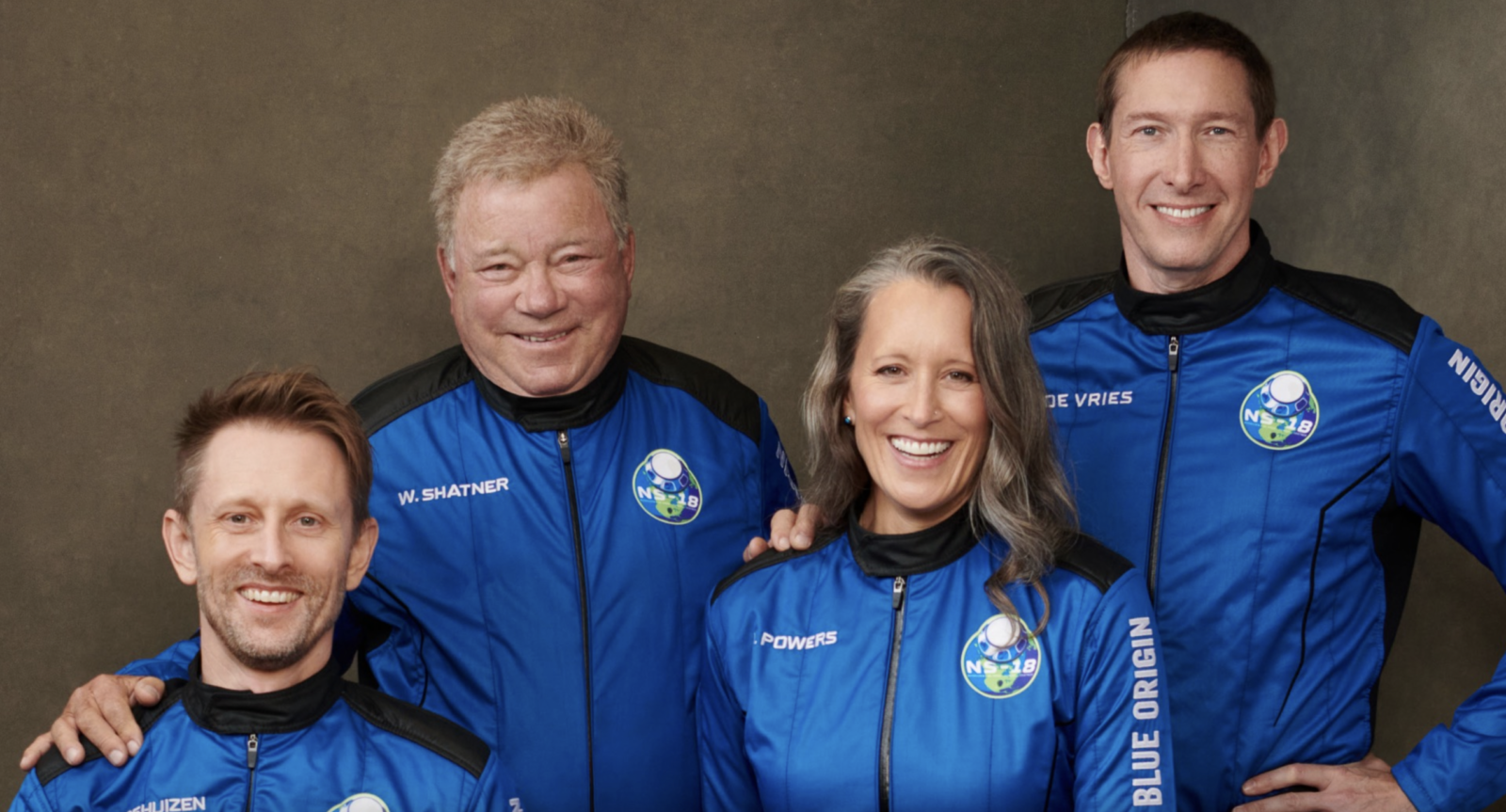 William Shatner and his crewmates blasted off on Wednesday from Blue Origin’s launch site outside the rural west Texas town of Van Horn.

Shatner, at the age of 90, was accompanied by three crewmates aboard a fully autonomous New Shepard spacecraft.

While the crew technically spent time in space, it’s a far cry from the warp speed space travel aboard the Starship Enterprise for which Shatner’s character became known.

The passengers experienced about three to four minutes of weightlessness.

They traveled above the internationally recognized boundary of space known as the Karman Line, some 100 kilometers (62 miles) above Earth.

The crew capsule descended to the Texas desert with the aid of parachutes.

Shatner, who was moved to tears by the experience, said “everybody in the world needs to do this” after he emerged from the Blue Origin capsule.

The flight was previously scheduled for Tuesday but had to be pushed back a day for wind-related reasons.

Keith Cowing, an editor at the Spaceref.com news website, told DW on Wednesday that the blastoff with Shatner was “flawless in terms of marketing” for Blue Origin and Jeff Bezos.

“What this shows is that anybody who can walk up and down the stairs and has the right stuff can go up into space, so long as they can buy the ticket or get a free one,” Cowing said.

The launch came amid allegations that Amazon founder Bezos’s space company put speed ahead of safety when completing its maiden flight in July.

Although the show had only three seasons, it was hugely influential in popular culture, and there were also several films in which Shatner also appeared.

“This is a pinch-me moment for all of us to see Capt. James Tiberius Kirk go to space,” said Blue Origin launch commentator Jacki Cortese ahead of the liftoff.

Shatner’s character came to represent humanity as it made its way into the unknown cosmos.

At the opening of each episode of the series, he evoked the idea of space as “the final frontier,” promising “to explore strange new worlds, to seek out new life and new civilizations, to boldly go where no man has gone before.”

This article was first published on DW and has been republished here with permission. (dpa, AP, Reuters, AFP)