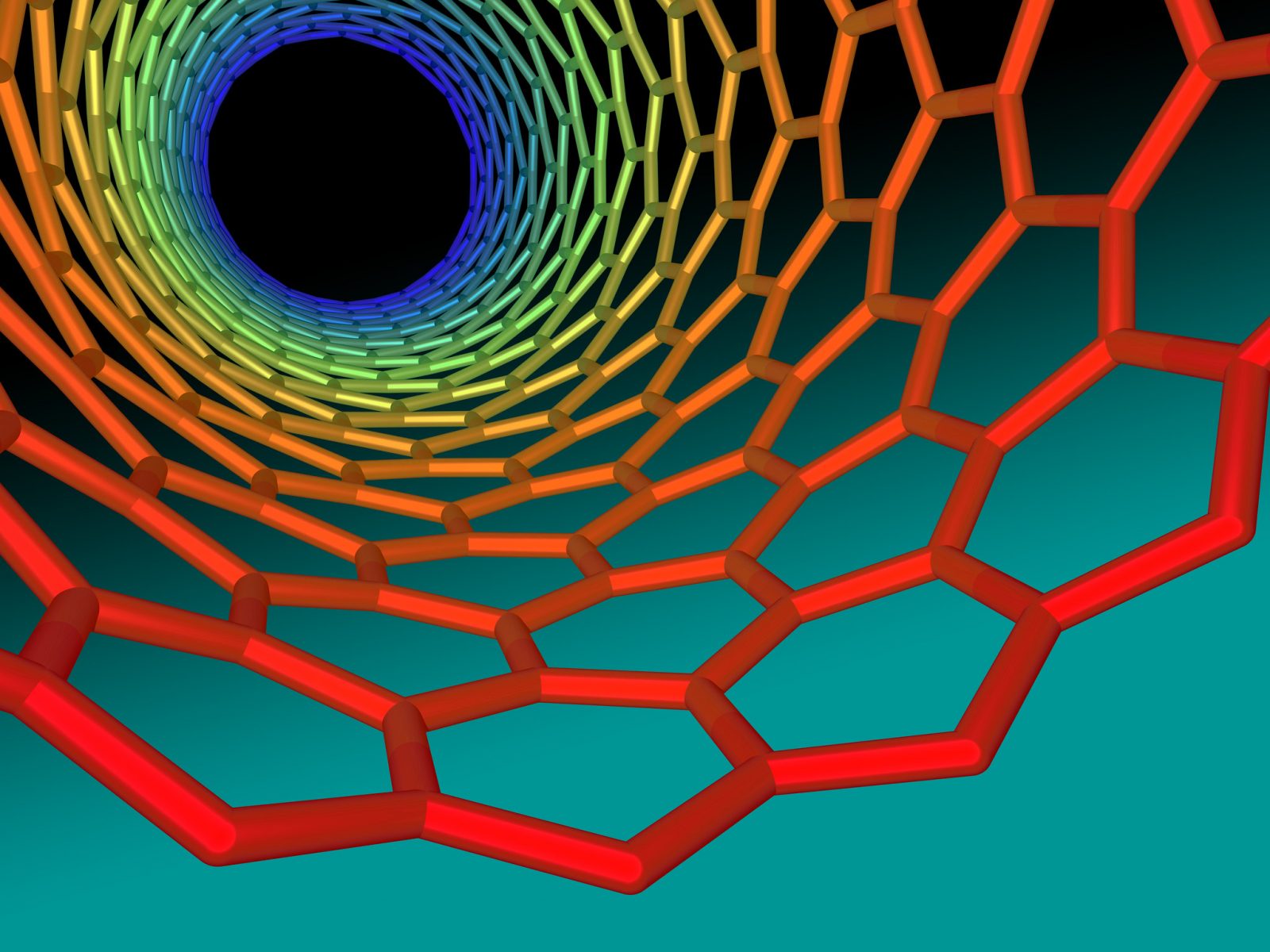 No Really, How Ready Is India for the New Coronavirus Outbreak?

A high-res illustration of a carbon nanotube. Photo: ghutchis/Flickr, CC BY 2.0.

In a new study, scientists have reported that a form single-walled carbon nanotubes, an important resource for research and industrial communities, was comparable and in some ways fared even better than its now-defunct predecessor. The new nanotubes were developed by NoPo Nanotechnologies Pvt. Ltd., a company in Bengaluru, based on commercialising a manufacturing process originally crafted by researchers at Rice University, Texas.

Several orders of magnitude thinner than a strand of human hair, carbon nanotubes are exactly what they sound like. They are minuscule tubes made entirely of carbon, an extremely versatile element. These nanotubes are 100-times stronger than steel and quite lighter too. Wholly human-made (that is, they don’t exist in nature), carbon nanotubes have potential applications in everything from building more efficient gene-sequencing machines to lighter military helicopters.

They were first created in the early 1990s and have since undergone many a transformation. From their appearance to other properties, these nanotubes have been created in different ways and to different specifications.

One particular method, the high-pressure carbon monoxide (HiPco) process, creates narrower tubes in good quantities and with low levels of impurities – all valuable properties when it comes to designing objects with them.

“The primary advantage of nanotubes made with this process relates to the diameter of the nanotubes which are generated,” Jefford Humes, the director of research and business development for NanoIntegris Technologies Inc., told The Wire in an email.

Other methods sometimes create better nanotubes but they also bring with them a lower level of purity or scalability of production. Moreover, over the years, nanotubes made through the HiPco method have been very well-studied, reducing the number of challenges associated with their incorporation into numerous applications.

While there are multiple ways to produce nanotubes, there are only two types of nanotubes themselves: single-walled and multi-walled. The former consists of only a single cylindrical tube while the latter consists of several concentric tubes. Researchers and engineers prefer one or the other depending on their applications.

Almost two decades ago, when the American physicist and chemist Richard Smalley – then a professor at Rice University – developed a new way to produce carbon nanotubes, the major problem he faced was with producing them in bulk. Smalley’s HiPco technique brought with it great promise for the carbon nanotube industry at the time but without understanding how he could make large quantities of the tubes, he couldn’t fulfil this promise.

“They were able to build the reactors but they were never able to scale the process,” Gadhadar Reddy, the CEO of NoPo Nanotechnologies, the company that made the newer carbon nanotubes, told The Wire. To make the HiPco carbon nanotubes, extremely high temperatures and pressures are required. The reactors were expensive to operate and maintain as well as “incredibly difficult to handle,” according to Reddy. The reactors also needed to create and survive these extreme conditions for several years.

So despite the apparent demand for the Smalley-made HiPco nanotubes, Rice University’s reactors closed in 2005. Old stocks of Rice HiPco nanotubes are still available through NanoIntegris. “Though the supply is currently diminishing, plans are in place to continue production so that this novel material does not completely disappear from the research community,” Humes told The Wire.

Reddy’s company was founded with a similar goal. The NoPo team decided to craft reactors and a recipe for the nanotubes that were reproducible and scalable. Over the course of the last few years, NoPo has developed and refined the process of making their own HiPco single-walled carbon nanotubes. Moreover, unlike the similarly made tubes of old, NoPo was able to successfully commercialise the manufacturing process. With the help of extremely high temperatures, high pressure, iron and carbon monoxide, NoPo has developed a way to successfully produce carbon nanotubes en masse.

Within a reactor, high temperatures in the range of 900-1,100º C thermally decompose iron and/or nickel carbonyl, squeezing out metal atoms that then cluster together to act as catalyst particles. Then, carbon monoxide gas – the source of carbon for the nanotube formation – is pumped through the reactor system. In these conditions, the carbon monoxide is converted into carbon dioxide and carbon. The carbon atoms link together in a hexagonal pattern and grow as nanotubes around the metal atoms. These specific thermal, pressure and catalytic conditions are required to preferentially create these low energy, tubular structures over any other patterns. Both the catalyst and carbon monoxide are constantly moved through the reactor, keeping the nanotube production going.

The team analysed the two sets side by side for various properties: diameter, dispersion in liquid, crystallinity (or the absence of defects) and the presence of catalytic particles. The newer NoPo carbon nanotubes were found to have smaller diameters, fewer defects and catalytic impurities, and were more dispersible in liquids compared to the original ones made by the reactors at Rice. All these factors make them better suited for various applications.

Bingqing Wei, a professor at the University of Delaware, agreed that the new technique did yield nanotubes with better structural properties – but he’s not surprised given the long time interval between the two.

While several companies produce carbon nanotubes – but the single- or multi-walled – the only producers of HiPco carbon nanotubes are NoPo. They do, however, have distributors around the world.

“It’s wonderful that there’s now a source of these materials for them,” Julia Greer, a professor at the California Institute of Technology, told The Wire.