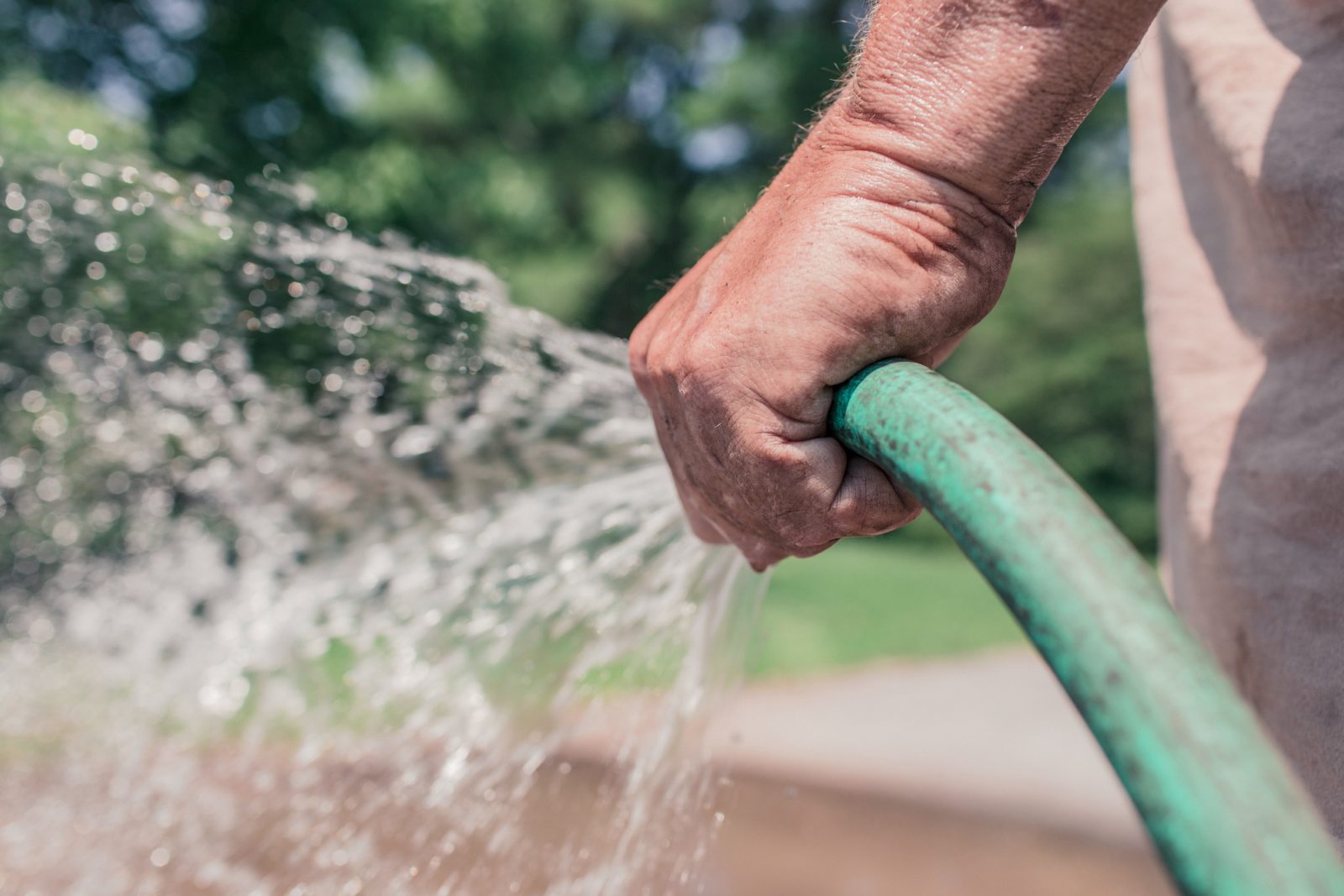 Two years ago, we planted a parijat, or coral jasmine (Nyctanthes arbor-tristis), tree by the road outside our house. For months, we protected the delicate night-flowering tree from the local authority’s drain-works and road-works, from passersby who gently scooped up its sweet flowers for religious rituals, and from others who aggressively stripped down its lower branches for leaves to use as ingredients in concoctions believed to have antimicrobial properties. The young tree survived all this and now stands three meters high.

On one hot afternoon in early April – ten days into the lockdown – the parijat was doused from top to bottom with a jet of diluted bleach. This was part of the municipal authority’s efforts to cleanse public areas of the new coronavirus.

The crew for the exercise comprised five or six skinny young men, with flip-flops on their feet and dusty surgical masks hanging limp below their chins. They struggled with bare hands to hold aloft a thick black rubber hose. The pipe was not fit with a nozzle or sprinkler, so the bleach-water streamed straight out and fell to the ground in a small, sharp arc.

The youth ran down the road leaving a narrow wet trail right in the centre, like a divider. Once in a while, they took a sideward sweep and drenched a compound wall or tree like our slender parijat that may have looked like they needed some antimicrobial treatment.

The buildings’ security guards had been told to stay away. But occasionally an enthusiastic guard would run out and urge the boys to deflect the jet from the centre of the road to a gate. As the young men suddenly swerved to oblige, the guard and they would both be drenched.

The residents, of course, were very satisfied that our area had been covered and that we were protected from the contagion.

In the days that followed, many people sauntered out for walks with renewed confidence. One family even initiated a game of badminton with their children on the now-cleansed street. The enthusiastic security guard found that a wee bit of colour had run out of his shirt, but the disinfectant was fortunately so dilute that by the time the hose reached our road, at the edge of the colony, neither the young parijat nor the guard seemed to have suffered any ill effects of being bathed in bleach.

Bleach is a water-soluble chemical compound. Household bleach, or sodium hypochlorite, is manufactured as a powder or a liquid. Because it is a cheap and effective antimicrobial agent, it is used to disinfect water tanks, sumps and wells. It also helps brighten white cotton fabrics in the wash and to clean contaminated surfaces. Diluted bleach is only mildly irritating to the skin, but bleach can be corrosive and repeated exposure can damage the lungs.

Wiping down surfaces with bleach is laborious. So these days, disinfectant jets, mists and sprays seem to have become weapons of choice against the coronavirus in public areas. Bleach is sprayed on trees and vegetation, on streets and buses and, as in Uttar Pradesh, on hapless migrant labourers made to squat like animals on the road.

To onlookers, the spray of a disinfectant liquid flying through the air may seem especially satisfying. Civic-minded groups and bodies in Karnataka, Odisha, Tamil Nadu and other states have moved enthusiastically and quickly to spraying public areas, including roads. According to news reports, a group of young men in Andhra Pradesh pooled their own money, purchased a small hand-held sprayer and went around streets doing the needful. In some villages, officials have been repurposing fertiliser sprayers as well.

In Mumbai, the fire brigade has been called in to spray bleach in open areas and housing societies. Elsewhere, decommissioned buses have been converted to misting tunnels through which people can walk to be decontaminated. The Council for Scientific and Industrial Research has reportedly developed a tractor-mounted device. Delhi is using remotely operated machines that can apparently cover 20,000 sq. m (just under five acres) in an hour.

But to what extent does bleach really protect against the new coronavirus, particularly in outdoor areas?

The coronavirus is borne in droplets from coughs and sneezes. It falls onto nearby surfaces or to the ground. Depending on the surface, it can last for a few hours or days. People could be infected if they touch a contaminated surface, don’t wash their hands with soap + water and then touch their own face.

Soap and water is the quickest way to break down the lipid envelope that surrounds the virus. Alcohol based sanitizers and other disinfectants like bleach are second-best. Bleach in particular loses its effectiveness within 24 hours because it is neutralised by sunlight in much the same way the virus is as well.

As it happens, it deals with outdoor areas in just one paragraph:

“Outdoor areas have less risk then indoor areas due to air currents and exposure to sunlight. These include bus stops, railway platforms, parks, roads, etc. Cleaning and disinfection efforts should be targeted to frequently touched/contaminated surfaces as already detailed above.”

It does make sense to use bleach to wipe down, say, office spaces, desks, doorknobs, handrails and elevator buttons, if it isn’t possible to do so with soap and water. But spraying tree-tops and the tarmac, which people are not likely to touch, and doing so as a one-time exercise seems futile and contrary to the guidelines (that “disinfection efforts should be targeted to frequently touched/ contaminated surfaces”).

So then why are we spraying roads, trees and open public areas? Is this an effective use of resources? What purpose does this actually serve?

I am reminded of an anecdote from the life of the British playwright George Bernard Shaw. Apart from his interest in theatre, Shaw was deeply engaged in civic affairs, particularly in issues of housing, health and sanitation. In 1897, Shaw was elected as one of the vestrymen for the district of St Pancras in London (somewhat like the ward members in Indian cities). Tuberculosis, typhoid and smallpox were rampant at the time and many people believed in the miraculous powers of sulphur, a mild disinfectant, to clear the air of deadly germs.

In a preface to his Last Plays, Shaw retells the story:

“When I was a vestryman I had to check the accounts of the Public Health Committee. It was a simple process: I examined one in every ten or so of the receipted accounts and passed it whilst my fellow members did the same; and so enough of the accounts got checked to make their falsification too risky.

As it happened, one which I examined was for sulphur candles to disinfect houses in which cases of fever had occurred. I knew that experiments had proved that the fumes of burning sulphur had no such effect. …

I put the case to the Medical Officer of Health, and asked why the money of the ratepayers should be spent on a useless fumigant. He replied that the sulphur was not useless: it was necessary. But, I urged, the houses are not being disinfected at all. ‘Oh yes they are’, he said. ‘How?’ I persisted. ‘Soap and water and sunshine’, he explained. ‘Then why sulphur?’ ‘Because the strippers and cleaners will not venture into an infected house unless we make a horrible stink in it with burning sulphur’.”

Shaw goes on to say that he passed the account!

Like the burning of sulphur candles to fumigate rooms more than a century ago, perhaps we spray bleach in public areas today because it is ‘necessary’. The security guards gamely on duty, far away from their families, are certainly convinced that now they have nothing to fear. Even our parijat seems to have perked up.

Sumi Krishna is an independent researcher based in Bengaluru.