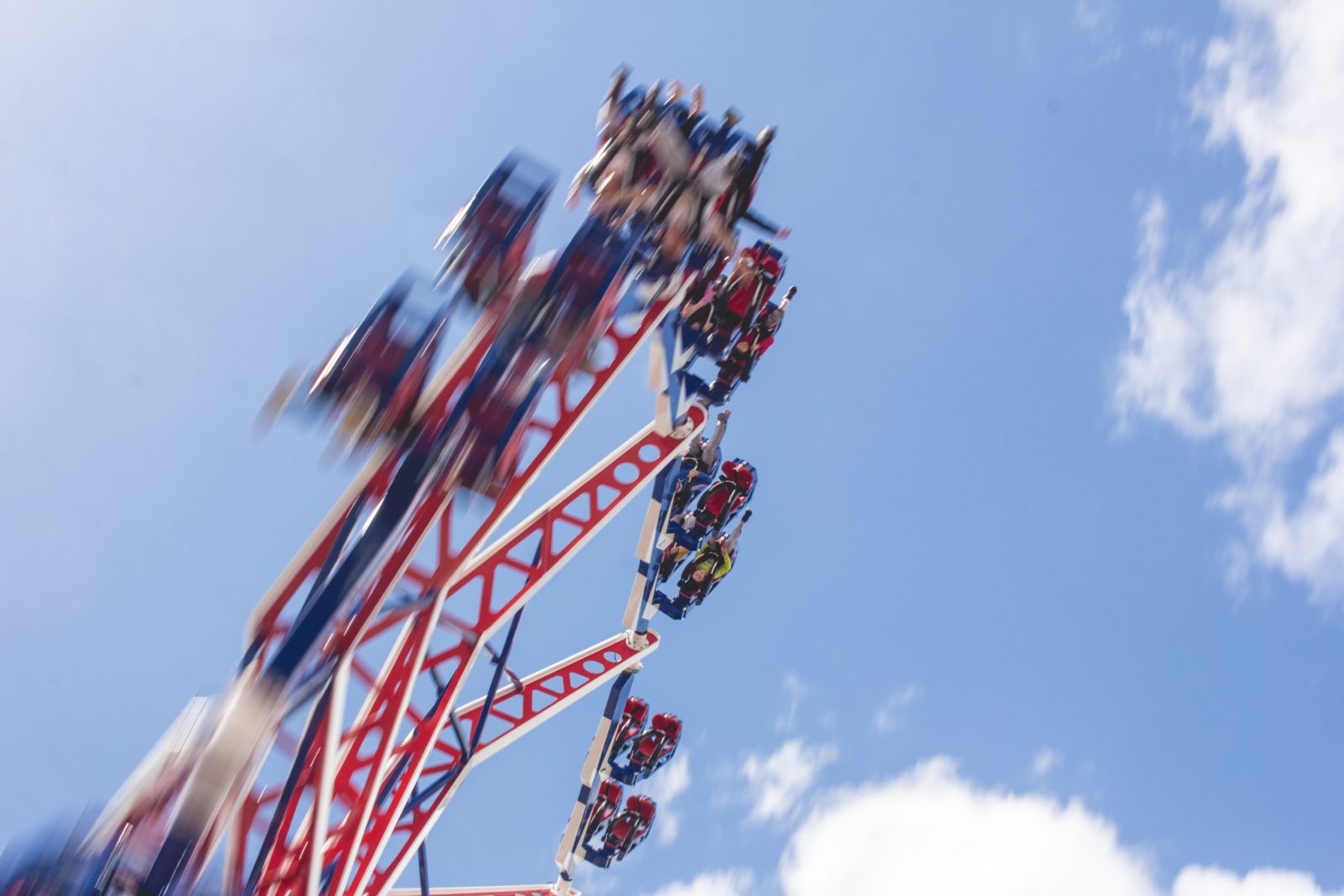 A paper published in The Lancet on January 21, 2021, describes the results of Covaxin’s phase 1 clinical trial. Much of its contents were known already – but as disinformation campaigns go, this one takes the biscuit.

On January 23, the Times of India published a story under the headline, “Amid efficacy row, Covaxin gets a thumbs up from Lancet”.

This ‘efficacy row’ (see here and here) pertained to the Indian drug regulator’s decision to approve Bharat Biotech’s COVID-19 vaccine candidate – BBV152, now known as Covaxin. And the newspaper’s ‘thumbs up’ referred to a paper published in the British medical science journal The Lancet.

The newly published peer-reviewed paper adds technical details to the preprint paper, of the same phase 1 trial of BBV152, that was previously available online.

The Times of India report quoted unnamed sources to suggest Bharat Biotech hopes to “counter (its) critics with The Lancet piece”, and quoted company MD Suchitra Ella to claim it was “international validation of Indian innovation”.

Even the usually staid Indian Council of Medical Research (ICMR) took to Twitter to proclaim – with an all-caps headline – “Lancet Infectious Diseases publishes remarkable results of ICMR and Bharat Biotech’s indigenous COVID-19 vaccine”. Considering that ICMR director-general Balram Bhargava is one of the paper’s authors, someone in the organisation should have pointed out the unnecessary hype and spin in that tweet.

While the January 21 paper is indeed a welcome and much-needed scientific advance in the ongoing development of vaccines against COVID-19, we need to calmly and rationally assess it for what it is. By way of a broad summary, to quote directly from the paper: “BBV152 led to tolerable safety outcomes and enhanced immune responses. Both Algel-IMDG formulations were selected for phase 2 immunogenicity trials. Further efficacy trials are warranted.”

In the rest of this article, we will see what this paper adds to our knowledge, and why the attempts to spin the results are unwarranted and disingenuous.

The objective of a vaccine against a new viral infection is to get enough of the virus safely into the human body to stimulate the natural defence mechanism in sufficient strength. This is complex and complicated science, and we can be justly proud that India is one of few countries with the scientific expertise and technological capacity to develop and manufacture vaccines at scale.

The process starts in the laboratory, with a study of the virus and its chemical, antigenic and genetic make-up. The next step is animal studies, which check that the candidate vaccine is not toxic or lethal and that it stimulates an immune response. Challenge studies – in which an animal is administered the vaccine and exposed to the virus – can also establish that the immune response generated by the vaccine protects the animal. Of course, the ‘challenge’ can happen only in controlled conditions.

Conventionally, the first human experiments are called phase 1 trials: healthy volunteers are injected with one of a range of possible doses, to determine the optimal dose for further research in phases 2 and 3. Given the emergent nature of the COVID-19 pandemic, researchers and officials have together expedited almost all candidate vaccines through these phases.

The Lancet published online on January 21 a peer-reviewed paper by Raches Ella and 23 colleagues that described the phase 1 clinical trials of Bharat Biotech’s candidate vaccine, Covaxin. On January 3, 2021, the Drug Controller General of India granted it “restricted emergency use” approval.

Covaxin is an inactivated version of the SARS-CoV-2 virus that causes COVID-19. It is combined with one of two adjuvants: Algel (basically alum) and Algel-IMDG. While alum as adjuvant is common, Algel-IMDG is an innovation known to preferentially promote a particular kind of cell-mediated immunity, known as a T-helper cells 1 (Th-1) response.

While both Th-1 and Th-2 cells mediate their actions through cytokines, those produced by Th-2 cells may potentially result in two kinds of undesirable effects. One is a phenomenon called antibody-dependent enhancement (ADE). As Shravanti Suresh put it, “some antibodies can bind to the pathogen the second or third time it infects the body and ‘smuggle’ it into the body’s cells, so to speak”.

The other is called vaccine-associated enhanced respiratory disease. To quote Priyanka Pulla from a previous article: “antibodies triggered by the vaccine bind with viruses that enter the body later. But instead of neutralising them, they form a large number of molecules called immune complexes that clog the lungs.”

ICYMI: Explained: What is a Cytokine Storm?

Ella and his colleagues started this phase 1 study in July 2020. They recruited 375 volunteers out of 897 who had been screened for suitability in 11 centres around India. The chosen people were then randomly assigned to four groups to receive two doses of the following formulations:

A: 3 micrograms of inactivated virus + Algel-IMDG

B: 6 micrograms of inactivated virus + Algel-IMDG

D: Algel only, to serve as a control

As anyone would expect in a first research report on a new vaccine candidate, there is a great deal of rich technical detail.

Seroconversion – the body’s production of virus-neutralising antibodies – occurred in 88% of Group A, 92% of Group B and 83% of Group C. It also occurred in six of the control group, possibly due to natural asymptomatic infections. The responses in Groups A to C were similar to those observed in the serum of 41 patients who had recovered from COVID-19.

The broad conclusion from this paper is that BBV152 – either the 3-µg or the 6-µg formulation – is a potentially promising vaccine candidate. Both are probably safe and certainly immunogenic. We don’t know how long Ella et al followed up with the participants, so, by the authors’ own acknowledgement, there is “no data either on persistence of vaccine induced antibody responses or on longer term safety”.

As is standard practice, The Lancet commissioned an independent commentary on this study. Christina Rostad and Evan Anderson, both of the Emory University School of Medicine, Atlanta, noted that there will probably be a shortage of vaccines to meet global demand and so there will always be a need for several vaccines. They discuss at some length the “lingering concerns” about the “potential for an inactivated whole virus vaccine to elicit antibody dependent enhancement of infection, or vaccine associated enhanced respiratory disease upon SARS-CoV-2 infection”. This risk is due to the Th-2 type immune response.

The Bharat Biotech team dealt with this potential concern by using a particular adjuvant called IMDG (imidazoquinoline chemosorbed1 onto aluminium hydroxide gel). Their studies with animals (as reported in preprint papers) found that BBV152 elicited neutralising antibodies in hamsters and macaques, as well as that it protected against illness when challenged with the virus – “without evidence of enhanced respiratory disease”.

Rostad and Anderson also noted differences in the type of antibody response in groups given the Algel-IMDG adjuvanted formulations, suggesting the presence of a Th-1 immune response.

“One of the potential risks of a vaccine based on an inactivated whole virus particle is an unintended vaccine-associated enhanced respiratory disease upon infection with the coronavirus,” he told this author.

“In their Lancet paper, Ella and colleagues don’t show the Th-2 cytokine data and we cannot assume that the Th1-biased immune response will translate into efficacious clinical protection. The ultimate proof that this is sufficient to avoid a Th2-based enhancement of disease can only come from much larger, pragmatic phase 3 studies.”

Rostad and Anderson would agree: they conclude their commentary with three pending questions:

2. Will IMDG (as part of the adjuvant) prove sufficient to avoid a Th-2 response?

3. Is enhanced disease a risk?

The Bharat Biotech team that conducted this well-reported phase 1 trial would also agree. They state categorically in their paper: “The results reported here do not permit efficacy assessments. The analysis of safety outcomes requires more extensive phase 2 and 3 clinical trials.”

Where then did the spin come from?

Note: This article was edited at 3:16 pm on January 26, 2021, to clarify the undesirable effects of an immune response involving Th-2 cells as well as the role of cytokines.

The Wire Science@TheWireScience
3 Following 15.7K Followers
There has been increase of over 50% among the age group when it came to such mental health disorders and symptoms o… https://t.co/TXlixK4IS5
17 hours ago
1 4
The true incidence of SARS-CoV-2 infections among children is not known – due to the lack of widespread testing. N… https://t.co/DkCXAh2Yrc
18 hours ago
2
Reflecting the ethos of the time, the primary concern of the technology policy resolution is the need for self-reli… https://t.co/SbMRr4bQJs
19 hours ago
1
A cyclone on India’s west coast has killed at least 19 people and damaged infrastructure and agriculture, while hea… https://t.co/OQLTGhVgAc
20 hours ago
A powerful cyclone that slammed into India’s west coast was set to weaken on Tuesday, the weather office said, as t… https://t.co/GJzcaqxTpP
21 hours ago
2 2
India reported a further decline in new COVID-19 cases on Monday but daily deaths remained above 4,000. Experts a… https://t.co/ehhnl3wJvr
22 hours ago
1 2
Uncertainty and fear caused by the surge in cases of COVID-19 cases over the past few months and the resultant fata… https://t.co/xsUvFUBYck
23 hours ago
The short-term super-profits of a few important sectors in rich countries remain a major obstacle to cooperation on… https://t.co/5EFg1k4nY9
1 day ago
2
Do we really need to vaccinate our children? The two principal reasons that experts have advanced are to protect c… https://t.co/QZBROIuzEw
1 day ago
1 1
On May 17, the Indian Council of Medical Research (ICMR) and the Union health ministry removed the use of convalesc… https://t.co/4MuqWu1MwA
1 day ago
1 1
The scientists also cautioned against the investigation being politicised, noting that there is an “unfortunate ant… https://t.co/6Wk1PFCscb
1 day ago
1 2
“We have an inherent disadvantage. We have been seeing a lot of young people in their 30s and 40s, without any sign… https://t.co/hpPc6EUbES
1 day ago
2 3
India has reported 26 potential cases of bleeding and clotting after Covishield was administered, a government pane… https://t.co/ngdvhguq8A
1 day ago
2 1
The recent announcement of a Rs-50,000 crore budgetary allocation to be spent over the next five years moves the pr… https://t.co/EIzBsjL07A
2 days ago
1 5
Jacob Puliyel, a former member of the National Technical Advisory Group on Immunisation, has filed a PIL in the SC… https://t.co/nd7nYSuMsS
2 days ago
Contact us