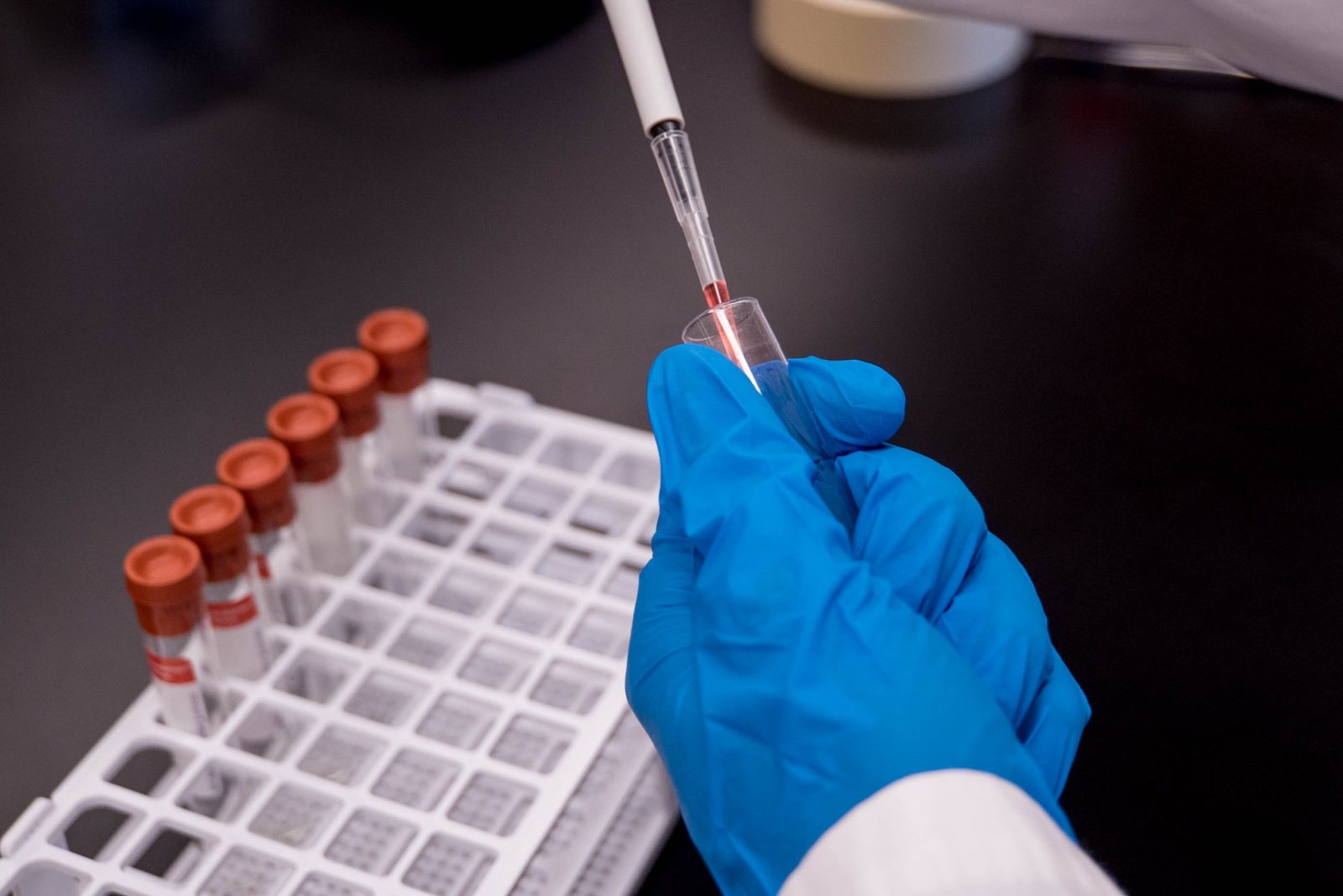 An essential part of the strategy to fight the spread of the new coronavirus is to aggressively test all people suspected of being infected. As WHO director-general Tedros Adhanom Ghebreyesus said, “All countries should be able to test all suspected cases, they cannot fight this pandemic blindfolded.” However, almost every country is suffering from a shortage of test kits, forcing them to conduct fewer tests.

One way out is to implement a ‘group test’ (previously described here). Instead of testing each swab with a diagnostic kit, in a group test samples from multiple swabs are mixed together to create a ‘super sample’, which is then tested. If the result is negative, then we understand all the samples in the mix are negative for the new coronavirus. If the ‘super sample’ tests positive, the test will have indicated that at least one of the individuals in the mix has COVID-19. Then these individuals can be tested again, separately, to identify who the infected individuals are.

The RT-PCR test for the virus is a biochemical reaction that looks for the virus’s genetic signature in a sample collected from individuals suspected of having COVID-19. The applicability of group tests depends on one important assumption: that swab(s) of some COVID-19 negative individual(s) mixed with some swabs of COVID-19-positive individuals will always result in a positive diagnosis in a test of mixed swabs. The test is not applicable if this is not the case.

New experimental results from Israel and Germany are encouraging in this regard.

In one experiment, scientists of the Rambam Medical Center and the Technion in Haifa, both in Israel, performed a ‘pooled test’ with samples of up to 32 and then 64 people at a time, and found that the test could yield a ‘positive’ even if only one member of the group was COVID-19-positive. In a separate attempt, researchers at the German Red Cross Blood Donor Service, Frankfurt, and the Institute for Medical Virology at the University Hospital Frankfurt at Goethe University, conducted a field study with 50 patient samples pooled together. They were divided into 10 mini-pools of five samples each. The 50 individuals were also tested separately in parallel.

Of the 50 patient samples, five came back positive, distributed across four mini-pools. Those mini-pools containing only negative samples also came back negative.

Now that we know this technique works, we move to the next question: Which countries can benefit from this approach? Obviously the lower the incidence of COVID-19 in the population, the better. A quick calculation suggests that if only 1% of the people to be tested have COVID-19, 19.6 test kits would on average suffice to test 100 individuals, especially if an optimal strategy to determine group size (‘n’) is adopted. The number of test kits required will be higher if the chance of a positive outcome increases.

At 20% positive results, 82.1 test kits can on average cover 100 individuals. The incidence of COVID-19 is hovering around this figure in countries like the US, Italy and the UK at present, so these countries are not likely to benefit much by group tests (Theoretically, however, there is a benefit to be had until 29.2% of all the people to be tested are really positive.)

India is in a relatively more manageable position at the moment. Until April 8, India had conducted 127,919 tests, of which 5,114 samples had tested positive. So the percentage of positive cases in India is around 4%. So about 38.4 kits could on average test 100 individuals in the country, saving 61.6 kits in the process.

This way, for India, the optimal group size will be 6. Up to April 6, Israel had conducted 117,339 tests, of which 8,796 tested positive – a positives rate of 7.5%. And until April 5, Germany had conducted 1,317,887 tests of which 100,901 had tested positive, yielding a positives percentage of 7.7. For both these countries, the optimal group size would be 4 (according to the table above). So Israel could use 51.8 kits for 100 individuals Germany, 52.4 kits, both an average. Any other group size would only make the procedure less effective. The group sizes can certainly vary if the concerned doctors put some relatively low- or high-risk individuals in the same bucket.

Finally, the procedure can be conducted in multiple stages. One could start with a larger group of, say, 20 individuals; if a mix of their samples tests positive, they could be further divided into four groups of 5 and tested again, and so forth. However, an even larger group of 50 – as in the German experiment – is useless because the probability of finding a positive result from that group would be about 98% in case of Germany, and about 87% for India.

In any case, the situation can be improved by pooling the individuals together judiciously, and such a group test could help us mount a more efficient resistance to the spread of the new coronavirus.

Atanu Biswas is a professor of Statistics at the Indian Statistical Institute, Kolkata.