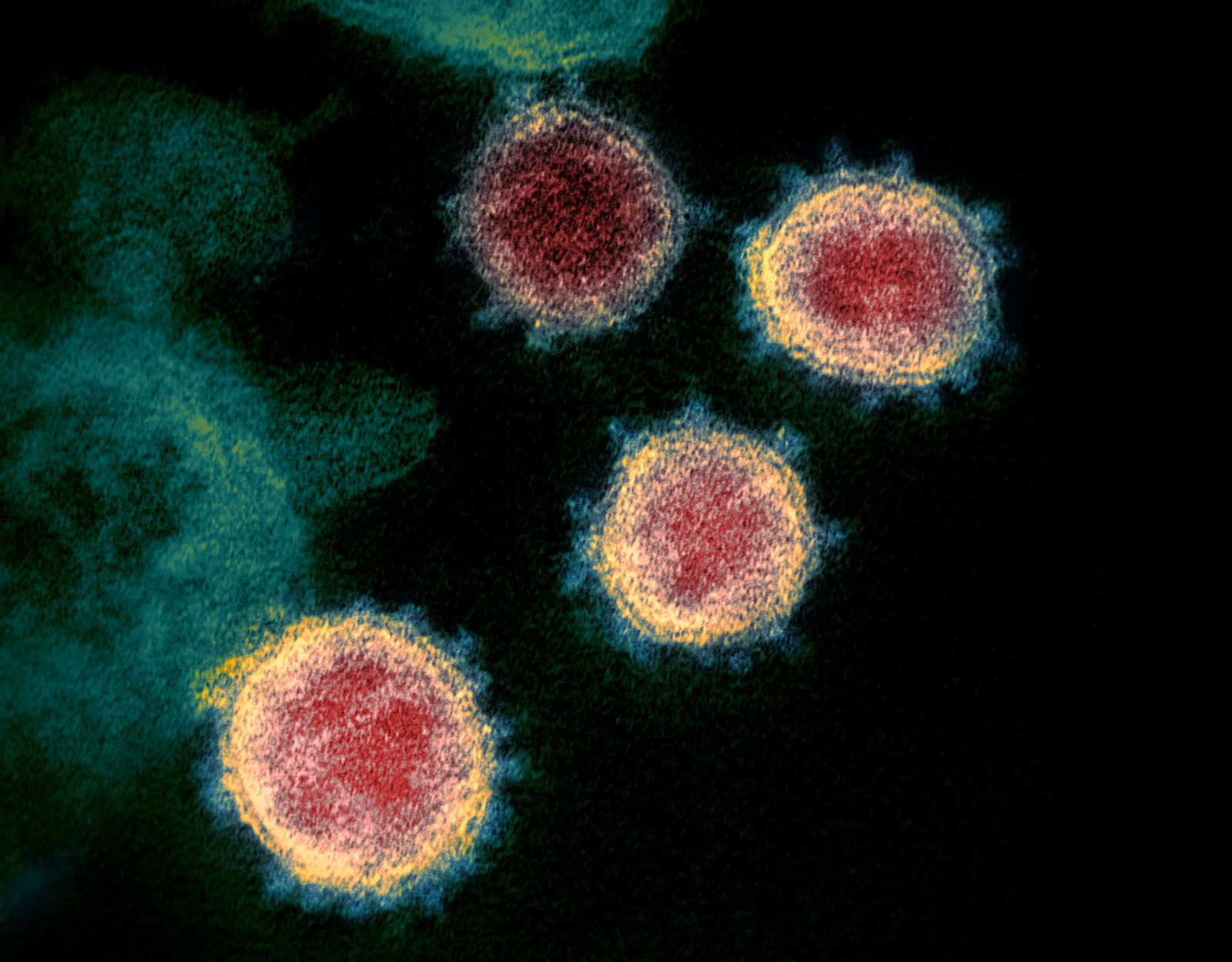 A transmission electron microscope image shows SARS-CoV-2, the virus that causes COVID-19, in this colour-enhanced image. Photo: niaid/Flickr, CC BY 2.0.

New Delhi: With many countries now reporting instances of COVID-19 reinfection, a new study suggests that acquired protective immunity from the novel coronavirus may not last more than 12 months at a time.

The study, published in the journal Nature Medicine, used serum samples originally collected for a study that began in the 1980s to investigate the prevalence, incidence and risk factors of HIV. The authors used the samples to look for cases of reinfection of four seasonal coronaviruses – HCoV-NL63, HCoV-229E, HCoV-OC43 and HCoV-HKU1 – which all cause respiratory tract infections but are “otherwise genetically and biologically dissimilar”. The authors wrote in their paper:

For the study, the authors chose to monitor ten healthy adult males who did not report any serious illness that could have influenced their immunity. To determine a case of infection or reinfection, the researchers measured the antibodies to the nucleocapsid protein — a common coronavirus protein — for each seasonal coronavirus. If they observed an increase in the level of antibodies, they considered it to be a ‘fresh’ infection.

This way, the researchers found 101 coronavirus infections, ranging from three to 17 per individual. The reinfection time varied from six to 105 months (eight years, nine months). The authors added that “there was no statistically significant difference between the infection interval lengths of the individual viruses”.

Watch: COVID-19: How Much Will the Novel Coronavirus Persist in Humans?

In a few cases, the reinfections occurred as early as six months – twice with HCoV-229E and once with HCoV-OC43 – and nine months (once with HCoV-NL63); however, they were most frequently observed at 12 months. Though the authors admit that their ability to detect short-term reinfections was limited by the fact that they collected samples only once every three months, and not more frequently, they also concluded that the “earliest time point” for reinfection by any of the four seasonal coronaviruses was six months.

The authors also advise caution “when relying on policies that require long-term immunity, such as vaccination or natural infection to reach herd immunity”. They note that some studies have shown that neutralising SARS-CoV-2 antibody levels decrease within the first two months after infection, “especially after mild COVID-19” cases.

“We show that reinfections by natural infection occur for all four seasonal coronaviruses, suggesting that it is a common feature for all human coronaviruses, including SARS-CoV-2. Reinfections occurred most frequently at 12 months after infection, indicating that protective immunity is only short-lived.”

Another interesting finding of the study confirms the apprehension that future ‘waves’ of COVID-19 should be expected in the winter months. “In our study, the months of June, July, August and September show the lowest prevalence of infections for all four seasonal coronaviruses, confirming higher prevalence in winter in temperate countries, and SARS-CoV-2 might share this feature in the post-pandemic era,” they wrote.

Watch: ‘You Could get a Second Coronavirus Infection in a Year but Very Unlikely in 4-5 Months’

Given the steady trickle of reinfection cases across the world, experts have said there is no reason to panic while repeating the point that the only safe way to achieve herd immunity is through vaccination.

3) Since reinfection can occur, herd immunity by natural infection is unlikely to eliminate #SARSCoV2. The only safe and effective way to achieve herd immunity is through vaccination. (4/n) pic.twitter.com/tqtQOg8Fjf

In a recent report for The Wire Science, Joel P. Joseph spoke to Upasana Ray, a senior scientist of infectious diseases and immunology at the Indian Institute of Chemical Biology in Kolkata. She suggested long-term patient monitoring as an important measure, irrespective of whether they show symptoms or not, to detect possible cases of reinfection. If COVID-19 reinfections are common, she said, “vaccines might not completely protect against the virus” and would instead require a design similar to seasonal flu shots to protect from new variants. Joseph’s report goes on:

“And these seasonal shots could also vary from country to country, considering reinfection data indicates different countries may harbour different variants of the virus in the same season. This would also mean that even those who have been infected with the virus would have to get vaccinated to protect themselves from reinfections.”

The Wire Science@TheWireScience
3 Following 25.8K Followers
Another by-product of crocodile-human conflict is retaliatory killings, in which humans destroy crocodile eggs or k… https://t.co/q2oGaws1ou
7 hours ago
2
An Oxfam India report found that the average life expectancy in India was up to 69 years by 2015 but that among peo… https://t.co/CmuKUoPrY2
8 hours ago
1
More than 200 samples of genetic sequences isolated from early COVID-19 patients in China, and which had been remov… https://t.co/FJXdkXqwpk
20 hours ago
More and more climate scientists are saying that the recent extreme rainfall is a direct fallout of global warming… https://t.co/x7fnXEhHf2
21 hours ago
Existing crop of COVID-19 vaccines offer high protection against severe COVID-19, hospitalisation and deaths. We n… https://t.co/l2kbSDRT2t
22 hours ago
2
RT @shubhamsoni__: My favourite read for the fortnight is here! I read this coloumn with utmost curiosity and belief that today I am going…
22 hours ago
1
Our survival instinct ensures we fear large carnivores. The people in flood-hit Sangli, likely experienced this re… https://t.co/G3gHttBVOg
23 hours ago
1 1
Inequality in outcomes stems from inequality in access to medical services and the wider living conditions. Our un… https://t.co/SS0DKT3HZy
24 hours ago
The Supreme Court directed that the environmental clearance already granted should be kept in abeyance until the ma… https://t.co/JQhYCoeuLd
1 day ago
1
Edgar Allan Poe believed a machine could calculate, because calculation was a fixed and determinate process, but no… https://t.co/YUC3obAWDh
1 day ago
6 5
The gender disparity in India’s COVID-19 vaccine drive has narrowed, govt data showed, as pregnant women are now al… https://t.co/QBWciALE2T
1 day ago
2
Psychotherapy and imagination aren’t the only ways Deisseroth peers into the brain. Seeking answers to tough ques… https://t.co/HuOyBhFaZx
1 day ago
2 4
By the very fact of their isolation, islands permit rapid evolutionary changes and the formation of new species, al… https://t.co/RIy2eK9khZ
1 day ago
2
The government on Tuesday said that the reproductive number that indicates the speed at which COVID-19 is spreading… https://t.co/5XUSOGRWig
1 day ago
It is their yearning for friendship and sharing, even for classroom fights, and their eagerness to meet up with the… https://t.co/1GFQX2InT3
1 day ago
2
Contact us