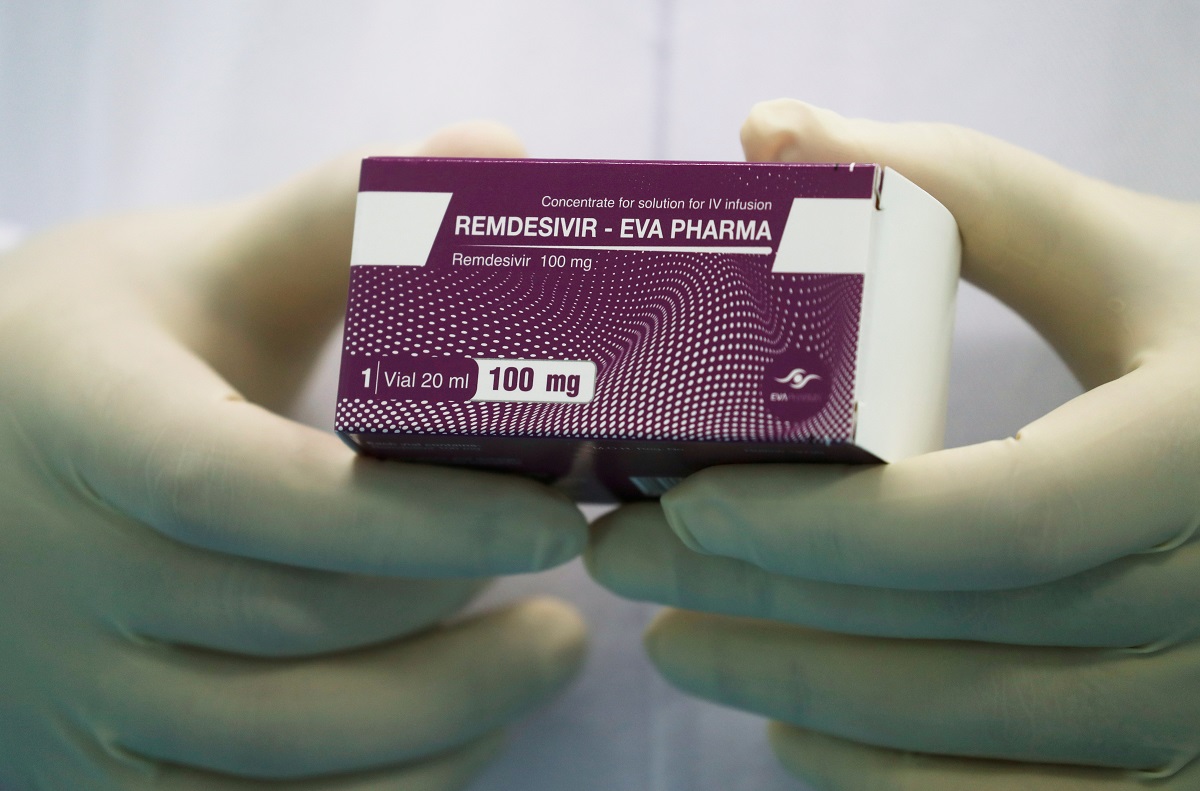 New Delhi: The European Union should renegotiate a 1 billion euro ($1.2 billion) contract it sealed last week with Gilead for a six-month supply of the COVID-19 drug remdesivir after it showed poor results in a large trial, experts said on Friday.

In a blow to one of the few drugs being used to treat people with COVID-19, the Solidarity Trial conducted by the World Health Organisation (WHO) showed that remdesivir appeared to have little or no effect on mortality or length of hospital stays among patients with the respiratory disease.

The trial results were disclosed a week after the EU’s executive commission announced its largest contract to date with Gilead for the supply of 500,000 courses of the antiviral drug at a price of 2,070 euro per treatment, which Gilead said was the standard for wealthy nations.

The commission “needs to present the reasons behind the rush to conclude the latest contract with Gilead and move to review it in light of the Solidarity Trial findings,” said Yannis Natsis, who represents patients’ organisations on the board of the European Medicines Agency (EMA), the EU drug regulator.

The EU announced on October 8 that it had signed the supply contract with the US company on behalf of its 27 member states and 10 partner countries, including Britain.

Gilead had known about the results of Solidarity since October 6, the WHO said, citing disclosure rules under the Solidarity Trial.

Gilead told Reuters it had received in late September a “heavily redacted manuscript” from the WHO which contained different information from the final document published on Friday.

Also Read: Remdesivir Shows No Benefits Against COVID-19 in Large WHO Trial

‘Time is of the essence’

The Commission’s decision was made after EU countries warned of shortages of remdesivir in their hospitals amid a new surge of COVID-19 infections across Europe.

The contract does not oblige countries to buy remdesivir, although it ties them to the agreed price.

Two days after the EU deal, Poland said it had ordered 80,000 vials of remdesivir, which is usually administered in a six-dose regimen.

Gilead said it did not plan to adjust remdesivir’s price for wealthy countries after the WHO trial, and the company questioned its results.

“As time is of the essence – we are in a situation of a public health emergency – we have to not only invest up-front in vaccine development but also in access to therapeutics,” a spokesman for the European Commission said.

He added the EMA would look into the Solidarity results and data available from other studies on COVID treatments “to see if any changes are needed to the way these medicines are used”.

But the spokesman did not comment on whether the EU was aware of the Solidarity results before it signed the contract with Gilead. He also did not reply to questions on whether the price agreed with Gilead could be renegotiated.

“The EU should revisit the prices to be paid for Remdesivir. Why pay 1 billion euros for a drug with no effects on survival?” said Andrew Hill, a senior visiting research fellow in the Department of Pharmacology at the University of Liverpool.

He said generic versions of the drug manufactured in India were sold at 200 euros per course.

Row breaks out over clinical trial

A row broke out on Friday over the WHO’s clinical trial which concluded that remdesivir has little or no impact on a patient’s chances of surviving COVID-19.

Gilead Sciences said the findings appeared inconsistent with evidence from other studies validating the clinical benefit of the anti-viral drug, which was used to treat US President Donald Trump’s coronavirus infection.

“We are concerned the data from this open-label global trial has not undergone the rigorous review required to allow for constructive scientific discussion,” Gilead said.

But Richard Peto, an independent statistician hired by the WHO to scrutinise the results of its Solidarity trial, dismissed Gilead’s criticism. “It’s a reliable result, don’t let anybody tell you otherwise, because they’ll try to,” Peto told reporters. “This is real world evidence.”

The results of the trial, announced by the WHO on Thursday, dealt a blow to one of the few drugs being used to treat people with COVID-19.

The UN health agency said remdesivir appeared to have little or no effect on keeping people alive or on the length of hospital stays among patients with the respiratory disease.

Its trial was conducted on 11,266 adult patients in over 30 countries and its findings may shift the focus of treatments away from antivirals such as remdesivir to new monoclonal antibodies which the WHO has said could be added to its studies.

However, even as the Solidarity trial found that remdesivir was ineffective in reducing mortality or duration of hospital stay, the WHO prequalified the anti-viral drug on October 15, the same day when the preprint of the trial was uploaded to the Internet.

Also Read: Remdesivir – a Drug in Search of a Disease

Gilead, which quickly repurposed what it had developed as an Ebola drug when the COVID-19 pandemic began, said that other, smaller remdesivir trials showed the treatment cut COVID-19 recovery time by five days and helped reduce the risk of death in some patients who were getting oxygen.

“And you’ve got to randomise in large numbers,” Peto said. “There isn’t sufficient emphasis based on the need for large numbers if you want really reliable results.”

For the remdesivir arm of the WHO’s Solidarity trial, 2,743 patients were given remdesivir, compared to 2,708 in the control group. Gilead’s study had 1,062 participants.

“The real disappointment is that remdesivir has also failed in a larger number of cases and in the ‘real world setting’,” Clemens Wendtner, Chief Physician of Infectiology and Tropical Medicine at Munich’s Schwabing Clinic, said.

“A major clinical breakthrough looks different and warns us that the battle against COVID-19 is far from won.”

The WHO’s trial also found that other medicines repurposed since the pandemic began — malaria drug hydroxychloroquine, anti-HIV drug combination lopinavir/ritonavir and interferon — offered little or no benefit to COVID-19 patients.

The hydroxychloroquine and anti-HIV studies were abandoned earlier this year, and interferon was dropped on Thursday.

Guidance on how countries should deploy remdesivir will come in two or three weeks after a data review, WHO officials said.

Differences in patients who participated in the trial at hundreds of clinical sites may undermine the quality of the data, said professor Peter Galle, who oversees infectiology at Germany’s Mainz university hospital.

But he added: “This provides more evidence that remdesivir is no panacea.”