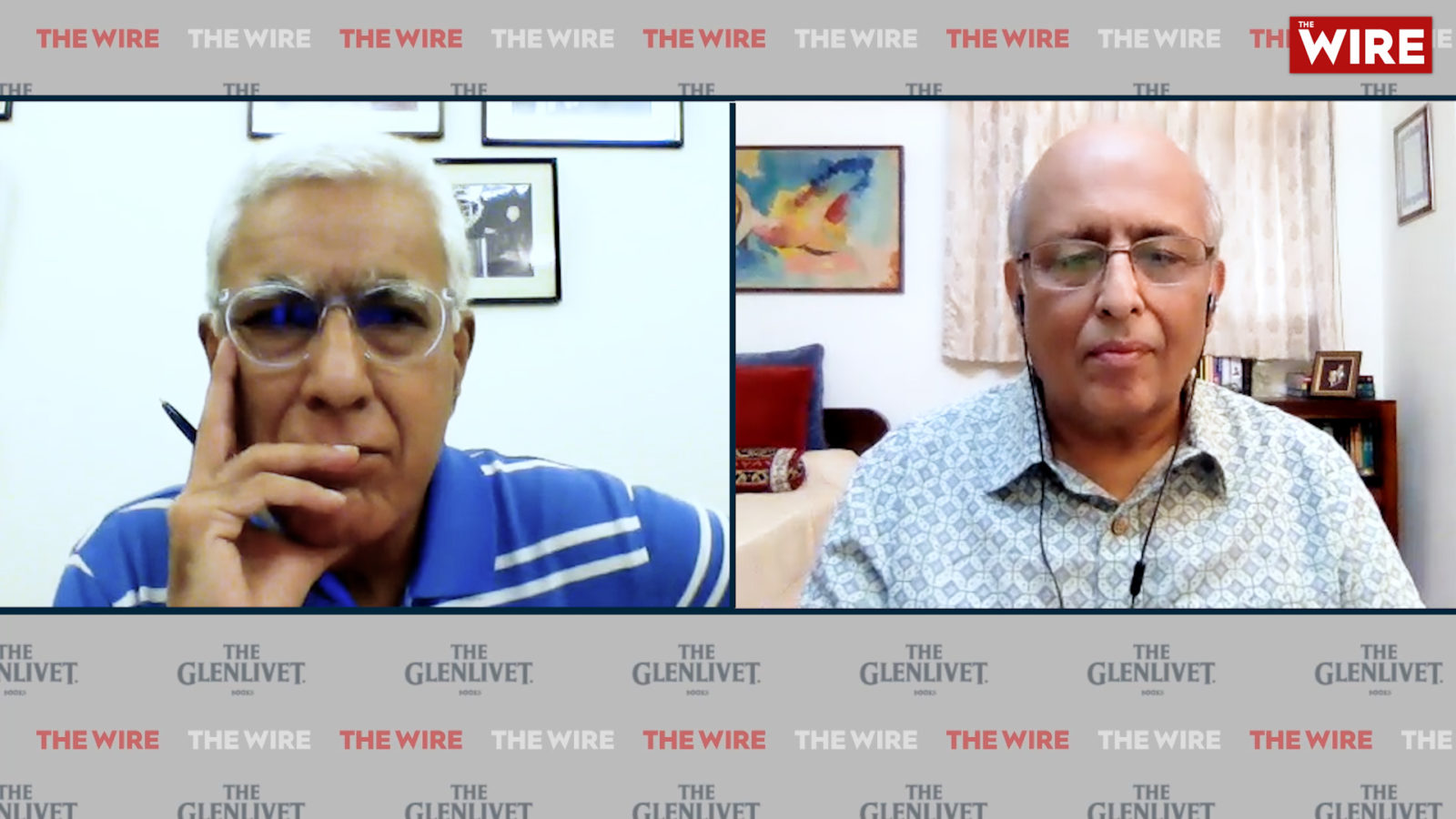 One of India’s top virologists has said he fears the Delta+ mutation also known as AY.1 (B.1.617.2.1) might be able to evade both immunity from vaccination as well as immunity conferred by earlier infections. Professor Shahid Jameel said this is because Delta+ not only has all the characteristics of the original Delta variant but, in addition, a mutation called K417N, originally found in the Beta variant in South Africa. It’s well-established that the Beta variant is more resistant to several vaccines. A few months ago the South African government returned a consignment of the AstraZeneca (Covishield) vaccines because they said it was ineffective against the variant in their country.

In a 40-minute interview to Karan Thapar for The Wire, Jameel, who is director of the Trivedi School of Biosciences at Ashoka University, said what makes Delta+ worrying is that it is “the coming together of two variants of concern”. He was referring to the original Delta variant, the parent variant, and the South African Beta variant.

However, professor Jameel made a point of saying there is no evidence to suggest Delta+ is more transmissible. As yet we have no evidence that suggests that is the case.

In The Wire interview, Jameel also pointed out there’s reason to believe Delta+ is resistant to the new monoclonal antibody treatment marketed in India by Roche and Cipla and which has reported very good initial results. This is also the treatment former US President Donald Trump took last year. This means, he said, that Delta+ could have resistance both to antibody and vaccine immunity as well as to treatments that prevent COVID-19 from becoming severe.

Speaking to The Wire about India, he said just as it had taken only two only months for the B.1.617 parent strain to spread through the country after the initial detection of its derivative B.1.617.2 in December, thus producing the huge wave we saw in April, if we’re not careful something similar could happen with Delta+.

Jameel said although he is no longer involved with INSACOG, the government consortium involved in genome sequencing, he’s confident – his exact word was he “hopes” – the five INSACOG laboratories that have genome sequenced Delta+ will have informed the government and also explained its implications. He said: “I do hope they have done this because they are responsible people who know and understand.”

Jameel also said he is confident that this time around, the government will pay attention to INSACOG’s warning. It’s now known that in early March, when INSACOG informed the government about the original Delta variant and the fear it could spread exponentially across the country, the government did not take the warning seriously. Instead, huge political rallies and shahi snans were held with several ministers disregarding, if not rubbishing, science. Jameel believes that will not be the case this time because the government has learnt from the earlier experience.

However, in The Wire interview, Jameel laid a lot of stress on the need to double the daily rate of vaccination. With vaccine hesitancy sharply reduced and with the supply of vaccines likely to increase substantially in July, he said the challenge now is to increase the number of vaccination points.

Jameel said India worked out how to mass vaccinate when the country was first handling polio. He said we simply need to do what we already know rather than reinvent the wheel.

A second challenge facing the government in the face of the Delta+ variant is the need to hugely increase genome surveillance. Until a few weeks ago, Jameel was chairman of the Scientific Advisory Group connected with the government’s committee on genomics called INSACOG.

As he put it: “Let’s be honest. Even with 50,000 cases a day we are not able to sequence 5% of them”. So he said India should do “smart sequencing” which means concentrate on areas where Delta+ is found so that you can map its spread in areas where it is likely to be spreading.

Jameel also said that if needed vaccination should concentrate on areas where cases are rising. This would be, he said, “smart vaccination”. It’s also called ring vaccination.

Finally, in The Wire interview, Jameel revealed that he has changed his views about the gap between two jabs of Covishield. In an earlier interview (early March) to The Wire, he had said it should be 4-6 weeks. Now, he said, because circumstances have changed and new facts have emerged, he believes the government’s policy of a gap of up to 16 weeks is correct.

Because a single dose of Covishield can provide 71% protection against serious illness and hospitalisation, it makes sense to vaccinate the largest number of people as quickly as possible with one dose rather than maximise the protection for a smaller number.