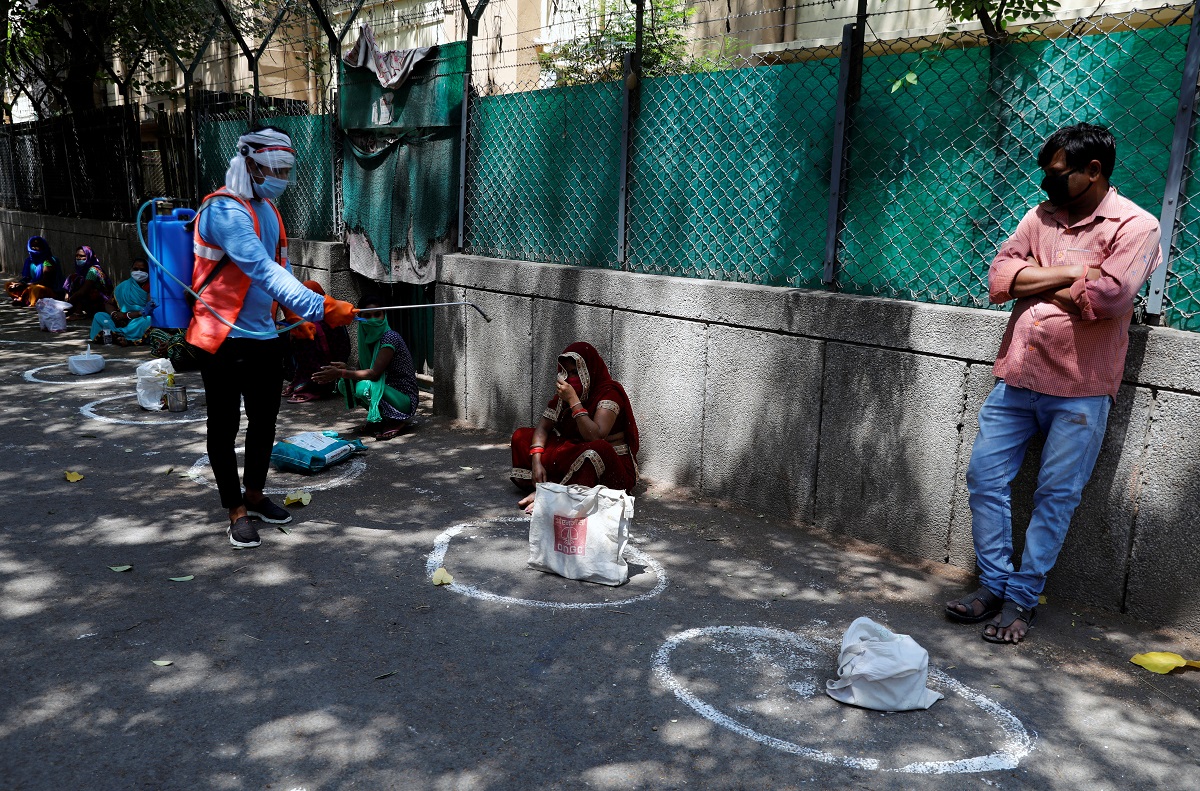 Earlier this week, PTI reported that a group of scientists – some of them affiliated with the Indian Council of Medical Research (ICMR) – had penned a paper in which they claimed, based on modelling studies and data analysis, that India’s COVID-19 epidemic would peak around November 2020. That is, they predicted that India’s case-load will continue to increase until then, implying that while the government’s nationwide lockdown had effectively delayed the peak of the epidemic, it may have slipped up on flattening the curve.

However, on June 15, ICMR issued a tweet distancing itself from the study as well as disputing its methods. The Hindu also quoted Rajnikant Srivastava, the head of research management, policy planning and coordination at ICMR, as saying in a WhatsApp message on the same day: “News reports attributing this study to ICMR are misleading. This refers to a non-peer reviewed modelling, not carried out by ICMR and does not reflect the official position of ICMR.”

Journalist Sumi Sukanya Dutta subsequently questioned the organisation on Twitter about one author being an “ICMR scientist” and another “a senior member of the national COVID-19 task force”. To this, the @ICMRDELHI handle replied, “Manuscript has been written by an author who is not an employee of ICMR. When questioned, the first author accepted the mistake and withdrew the paper. Since, there was no direct involvement of ICMR in developing this manuscript, issue of convenient withdrawal does not arise.”

However, this response has failed to douse many doubts that continue to persist over ICMR’s involvement – especially that the research body may simply be trying to sidestep a politically unfavourable finding at a time when the government has been patting itself on the back for a well-deployed lockdown.

The paper accompanying the study is entitled ‘A model based analysis for COVID-19 pandemic in India: Implications for health systems and policy for low- and middle-income countries’. It was uploaded to medRxiv (pronounced “med-aar-khaiv”), a repository of preprint papers, on June 12. Preprint papers are manuscripts detailing studies that have yet to be peer-reviewed in the conventional sense but are open for comments and collaboration from the wider scientific community.

It has seven authors, two of whom – Sumit Aggarwal and Arvind Pandey – have listed their affiliation as ICMR. Another author, Shankar Prinja, is a member of ICMR’s task force on COVID-19, and an additional professor at the Post Graduate Institute of Medical Education and Research (PGIMER), Chandigarh. Two of his colleagues at PGIMER, Pankaj Bahuguna and Yashika Chugh, are also listed as authors. The paper also states that the constituent study was “approved by the Institute Ethics Committee” and “by the Institute Collaborative Research Committee”, both of PGIMER Chandigarh.

A summary of the paper’s findings, collated verbatim from the paper itself, follows (emphases added):

“In the event of a lockdown for 8 weeks, the peak of the epidemic shifts by 34-76 days, and the number of cases at the end of 8-week lockdown reduces by 69% to 97% with varying effectiveness of lockdown. However, the cumulative long-term cases remain the same. Intensification of public health surveillance measures with 60% effectiveness is estimated to reduce the cases at peak and cumulative number of infections by 70% and 26.6% respectively. The requirement of ICU beds and ventilators would reduce by 83% with intensified public health measures. … While lockdowns will delay the onset of peak and will give the very much needed time for health system to respond, strengthening the health system response in terms of testing, isolation of cases, treatment and contact tracing, as is being done currently, would have to be the mainstay to reduce the impact of the pandemic in India until vaccine becomes available.”

ICMR’s replies only fanned the flames of doubt because they were selective and limited. For example, one principal concern is that the paper acknowledges funding from ICMR whereas ICMR has said it did not fund the study. Independent experts then expressed confusion because the paper also clearly states that the study was “conceived as part of the National COVID-19: Taskforce Operations Research (NTF OR) Group. Technical approval of the study protocol has been given by the NTF-OR.”

Additionally, on June 16, Dutta tweeted that the paper had been submitted to the Indian Journal of Medical Research, which is published by ICMR, and is currently undergoing peer-review. According to Dutta, Shankar Prinja had been asked (unclear by whom) to take the preprint paper down from medRxiv because he had uploaded it without consulting his coauthors.

As Anant Bhan, who works on issues of bioethics, global health and policy at Kasturba Medical College, Manipal, tweeted: “If ICMR say they did not fund the study, and the authors claim it was funded by ICMR, and ICMR claims its scientist who is a co-author was not aware of the manuscript, this is a gross publication ethics issue. So who is right?”

Some scientists and health journalists have demanded that the organisation issue a full clarification instead of point-wise replies on Twitter. The Progressive Medicos and Scientists Forum also issued a statement saying, “Given such strong claims it is not enough for ICMR to issue a bland statement that news reports attributing this study to ICMR being misleading. Everybody would like to know what ICMR is proposing to do about the authors who have made these claims. … If ICMR does not do anything, it will only increase the doubts of the medical and scientific community of the murky dealings of ICMR.”

An email to ICMR as well as to two of the paper’s authors seeking clarification was unanswered at the time of publishing.