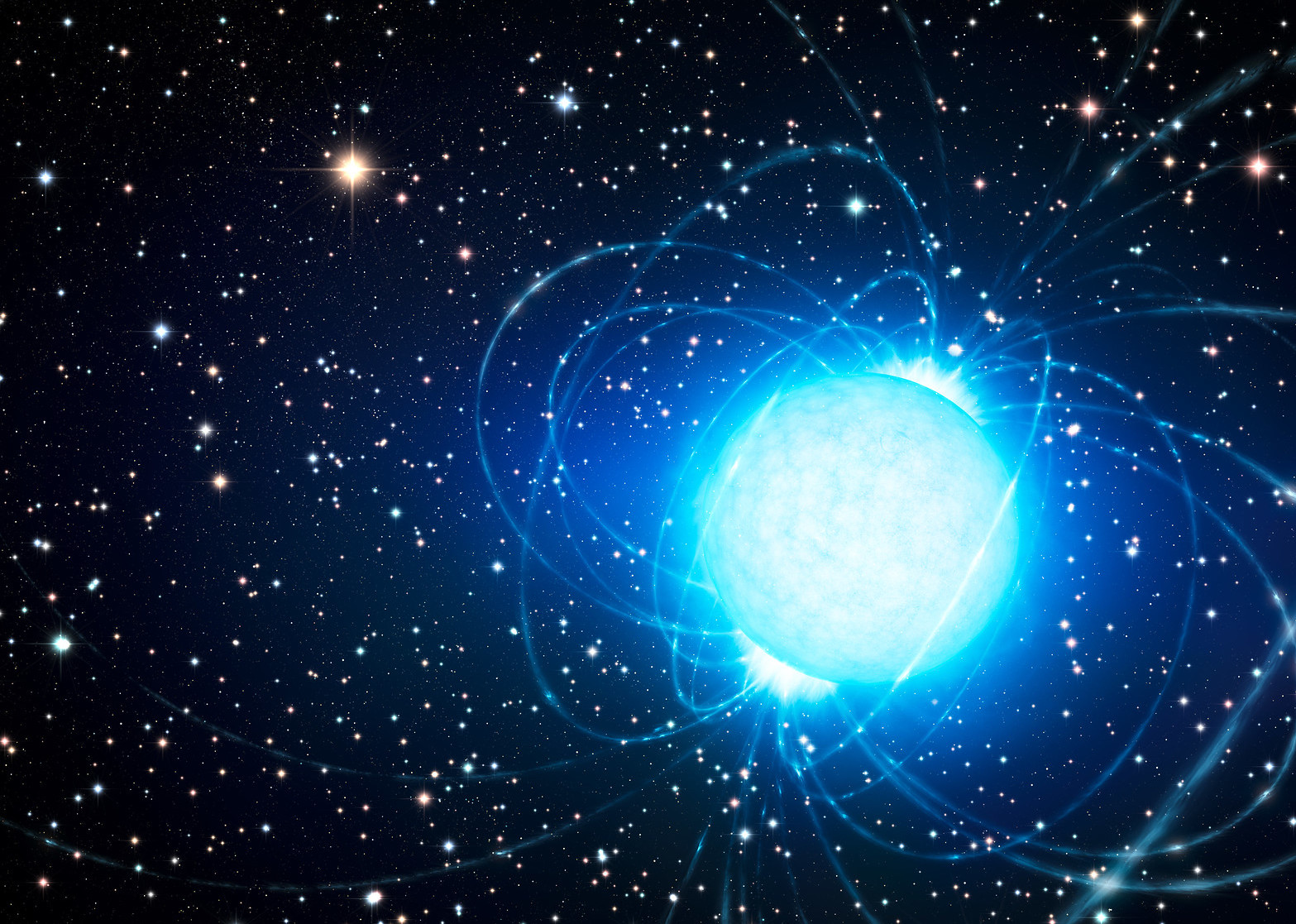 In Bid to Gain Access to Source of Coronavirus, WHO ‘Ceded Control to China’

An artist’s impression of a magnetar in the star cluster Westerlund 1. Photo: esoastronomy/Flickr, CC BY 2.0.

Scientists are closing in on the origins of fast radio-bursts (FRBs). These mysterious electromagnetic pulses from deep space have puzzled astronomers since the first one was identified in 2007. These are incredibly powerful pulses of energy from halfway across the universe. Their sources – whatever they are – release as much energy in a millisecond as our Sun does in 80 years.

FRBs are typically recorded as incidental bursts among many sources of radio-wave emissions. Some FRBs repeat at certain intervals while others ‘appear’ just once, never to be seen again. But in spite of the tremendous outbursts that they are, FRBs are extremely difficult to identify simply because they last for a few milliseconds at a time. So even the most advanced radio telescopes – with their relatively narrow fields of observation – more often than not fail to identify these blink-and-you-miss cosmological phenomena.

But yesterday, astronomers reported an unprecedented discovery that throws new light on the nature and origins of FRBs. Specifically, they have reported the first ever FRB originating from within the Milky Way.

All FRBs that we have detected thus far have been extra-galactic in origin, with the radiation coming to us from faraway galaxies. But last April, the Canadian Hydrogen Intensity Mapping Experiment (CHIME) and the Survey for Transient Astronomical Radio Emission 2 (STARE 2) in the US both zeroed in on the source of an FRB originating in our galactic backyard. The radio flare they spotted came from a magnetar – which is the highly compressed core of a dead star wrapped in an extremely strong magnetic field.

The researchers behind this discovery christened this object ‘galactic magnetar’ SGR 1935+2154. The source of this FRB appears to lie deep in the Milky Way’s galactic disc, barely 15,000 lightyears from Earth. They confirmed their finding using the Five-hundred-metre-wide Aperture Spherical Telescope (FAST) in China. Their groundbreaking results (here and here) were published on November 4.

A magnetar is born

A star that eventually becomes a magnetar begins its journey like any others – by fusing hydrogen fuel to produce energy for billions of years. These fusion reactions keep the star from collapsing under the weight of its own gravity. But at some point, it runs out of hydrogen and begins to enter its terminal phase.

Depending on its mass, the star first bloats into a red giant so that it can cool down – before gravity takes over and ignites new nuclear reactions to convert the helium into carbon. This celestial chemistry continues until all the carbon is turned into oxygen, and so on until the star contains lots of iron. This point is called the iron peak: the fusion of all elements lighter than iron releases more energy than it consumes, but elements heavier than iron require more energy.

So this is effectively the point where the star’s iron-rich nucleus can no longer produce energy. The star then explodes outwards in a supernova, its brightness reaching galactic proportions and the star’s atmosphere forming an expanding nebula made up of ionised gas and dust. This explosion leaves behind a rapidly spinning neutron star made up of neutrons.

Neutron stars are the smallest and densest known entities in the universe – so much so that a 200-ml Coca Cola can on the surface of a neutron star will weigh over 300 trillion tonnes.

Now, during its collapse, a neutron star sometimes traps flux lines of the magnetic field it has created within itself as it spins. When this happens, magnetic field lines emerge from the star’s north magnetic pole and stream outwards into space for considerable distances before falling back towards the star at its south magnetic pole. So as the star breaks up, its rate of rotation increases to conserve angular momentum, which then swings the strong magnetic field around itself at incredible speeds. Outside the star, when the charged particles carried by these magnetic field lines approach the speed of light, they radiate violently and their radio waves are focused, as if by a gigantic lighthouse, across the universe.

The neutron star is now transformed into a pulsar whose electromagnetic signals reach Earth every time the beacon’s beam flashes past, which astronomers observe as the succession of radio ‘clicks’ characteristic of a pulsar. While neutron stars and pulsars rotate on their axis at incredible speeds – a pulsar 20 km wide could spin 17 times a second – their rotation rates are extremely stable. In fact, astronomical data indicates that the constancy of their rates of rotation rivals advanced atomic clocks built on Earth.

A highly magnetised young neutron star, however, has a different fate. It turns into a magnetar that produces bursts and flares of X-rays and gamma-rays. Magnetars are the most powerful magnets in the universe (that we know of). Their magnetic fields are tens of millions of times stronger than the most powerful magnets created on Earth. And these colossal fields create a centrifugal force inside the magnetar that counters the gravity’s centripetal force, and the two opposing forces trigger sudden eruptions of X-rays and gamma-rays.

These magnetic surges sometimes reach Earth and astronomers study them – and this is what happened last April, when the CHIME telescope spotted the outburst from SRG 1935+2154. But the big surprise is that SRG 1935+2154 is not only a galactic source of an FRB but also has radio and X-ray components never seen before in any extragalactic FRB.

While this confirms the key role of magnetars in triggering FRBs, it also raises questions about other origins of these enigmatic cosmological phenomena. Suddenly the universe seems rich in several sources for these blinding radio flares from intergalactic space.