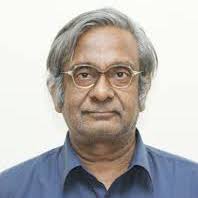 Note from the Astronomical Society of India (ASI):

It is with deep sadness that we share the news of the passing away of one of ASI’s founding members, Professor Govind Swarup. A global pioneer in radio astronomy, and a torch-bearer for building scientific capacity in independent India, Prof Swarup passed away in Pune on September 7, 2020, after a short illness. He is widely regarded as the person responsible for making India one of the world’s leading countries in radio astronomy research.

Prof Swarup was born in Thakurdwara, now in the state of Uttar Pradesh, on March 23, 1929. He obtained his undergraduate education at Allahabad University and then joined the National Physical Laboratory in Delhi. After a stint in Australia building telescopes at Pott’s Hill near Sydney, Prof Swarup moved to the US, where he obtained a PhD from Stanford University. At the back of his mind, always, was the thought to return to India to establish the newly emerging field of radio astronomy.

The opportunity soon came from the visionary scientist Homi Bhabha, who offered Swarup and some of his colleagues faculty positions at the Tata Institute of Fundamental Research in Mumbai. Upon his return to India in 1963, Swarup was driven by the quest to answer some of the most important questions in astronomy as well as a deep urge to develop indigenous capacity for science and technology. Thus was born the Ooty Radio Telescope in Tamil Nadu in 1970.

The rest of the ASI’s note, including a more detailed biography, is available to read here. Rajaram Nityananda’s tribute follows.

On September 7, 2020, the internationally renowned astronomer Govind Swarup passed away in Pune at the age of 91. A tribute by the Astronomical Society of India, reproduced above, provides readers with an idea of his career and achievements.

Many more such tributes will pour out in the coming days, with good reason. His impact reached beyond his own research group, and the Tata Institute of Fundamental Research (TIFR), his home institute from 1963. In this essay, I would like to convey my own view of Govind – as he encouraged everyone to call him.

This started when I joined the astronomy group at the Raman Research Institute (RRI) in Bengaluru in the mid 1970s. Later, from 2000 to 2013, I was in Pune at the institute he founded – the National Centre for Radio Astrophysics (NCRA). We met very often, and our offices were separated only by ten metres.

After C.V. Raman passed away in November 1970, RRI invited the noted radio astronomer V. Radhakrishnan from Sydney to Bengaluru (then Bangalore) to take up the directorship. Govind offered RRI the use of the Ooty telescope, and this started nearly five decades of exchange of ideas, people and collaborative programmes in science and instrumentation. This level of positive interaction between two groups in closely related fields was a rarity anywhere in the world, and was made possible by two remarkable personalities.

It is just one example of Govind’s broader vision for science in the country. This was not at the level of policy or management – in fact, I’m not aware of a single formal agreement or piece of paper. The interaction was built on specific projects and general academic interaction involving younger people like myself. One initiative during this period was a series of summer schools to excite physics and engineering students about astronomy.

Another was establishing the Joint Astronomy Programme to prepare PhD students taking up astronomy. This was hosted by the physics department at the Indian Institute of Science from 1982. For more than two decades, the faculty members in this unique effort were drawn from the collaborating institutes. They could offer a range of expertise to several generations of students, who in turn went on to join academic and research institutes and teach in the programme themselves.

These examples show that while working at the forefront of astronomical instrumentation and observation, Govind simultaneously pursued a broad academic agenda for the development not just of his own specialty but all of astronomy in the country. His energy, positive attitude and legendary persistence and powers of persuasion made such ventures possible.

Another example of his academic foresight that made a deep impression on me was a workshop on plasma astrophysics in 1977. Characteristically, he walked into the electronics lab at RRI and outlined the lectures that he had already put me down to give – on recombination lines, a subject entirely new to me! But it was hard to say no to Govind, and harder not to catch his enthusiasm for the subject. In retrospect, his choice of topics for the workshop was prescient. I realised only much later their importance for modelling astronomical objects. What is just as memorable is the atmosphere of the meeting and the friendships forged there across institutions.

One should remember that he is not regarded as a theoretical astrophysicist but his insight into theory and support for those doing it were strong.

By the mid 1980s, he had set his sights on bigger game: seeking the clouds of hydrogen before they collapsed to form galaxies, with a telescope of unprecedented size and power – the Giant Metrewave Radio Telescope (GMRT). (Incidentally, he loved acronyms, SMART, SLAM and GERT being a few examples!)

Characteristically, he went around the country gathering support and sought suggestions and advice, national and international. The crucial decision to build parabolic dishes for the GMRT rather than the tried-and-tested cylinders as in the Ooty telescope took place in one such session at the RRI. He didn’t confine his brainstorming to senior policymakers and institutional heads. Anyone who met him in this period would get a dose of his current thinking.

This lifelong characteristic, of long, apparently unplanned conversations in corridors, left us all wondering when he found the time to get any real work done! His own disarming but candid answer was that he looked for an “intelligent wall” off which to bounce his ideas. Of course, these hours were matched by many hours on his own, reading and calculating, or in close contact with his colleagues, students and engineers, in intense and detailed discussions.

The project was funded and launched around the time that Govind turned 60, when most people are planning their retirement. Then began perhaps the most intense phase of his already intense career.

True, he had assembled a large team at Ooty, and the dream of a world-class project attracted a lot of talent. But the challenges were formidable; there were delays and difficult technical problems. The antennas were of a completely novel design which he had initiated, giving him a large collecting area for a given budget. When I joined NCRA in 2000, ten years later, I heard stories of his innovative cost-cutting. Even the director of TIFR told me that NCRA was ‘frugal to a fault”!

Many people deserve the credit for where the GMRT stands today, 20 years after. But Govind surely deserves the credit for assembling and inspiring this group, which took on a life of its own. Astronomers all over the world now compete for observing time through a rigorous review process. Govind himself had to go through the same refereeing for his proposed observations, though he was the one who had conceived of the instrument in the first place, and led its construction.

What I personally witnessed was that, in his 70s, Govind continued to pursue his own ideas in astronomy and the technology of radio telescopes, and appeared at the workplace more regularly than many PhD students did. He continued to attract young project-students who would work on his latest idea, and learn a lot in the process.

I remember a serious debate on the force that wind exerts on a cylinder – my number was 20% higher than his, which meant a design for a radio telescope he was proposing had to be heavier to withstand wind forces. We even went to an institute of wind engineering in Chennai. He was right, of course.

One distinction that Govind valued came just in the final year of his life. Annual Review of Astronomy and Astrophysics is a prestigious publication that brings together authoritative survey articles of the most important topics, every year, and is eagerly read by practicing astronomers of every kind. The very first article is always an invited autobiographical sketch by a distinguished scientist who has contributed to our understanding of the universe, and Govind was invited to write this ‘prefatory’ for the 2020 volume. The list of previous contributors reads like a ‘who’s who’. This is recognition by one’s peers of the highest kind, given to very few.

Despite his failing health, Govind threw himself into the task, and characteristically sent out his early drafts to a few people, asking for suggestions and comments. I got involved in the editing and continued to be amazed by his memory and efforts to get all the details right. With the help of a grand student of his, now a faculty member at NCRA, he was all set to submit the revised version when he had to go to the hospital.

When this article appears, it will be his testament as a witness to an era he lived through, and himself shaped. Astronomy in our country would have been very different, and far poorer, without him.

Rajaram Nityananda is a physicist with interests in optics, dynamics, statistics and their astronomical applications, and former director of the NCRA. He edited Resonance, a journal of science education by the Indian Academy of Sciences, from 2014 to 2017. He is currently a professor at Azim Premji University, Bengaluru.