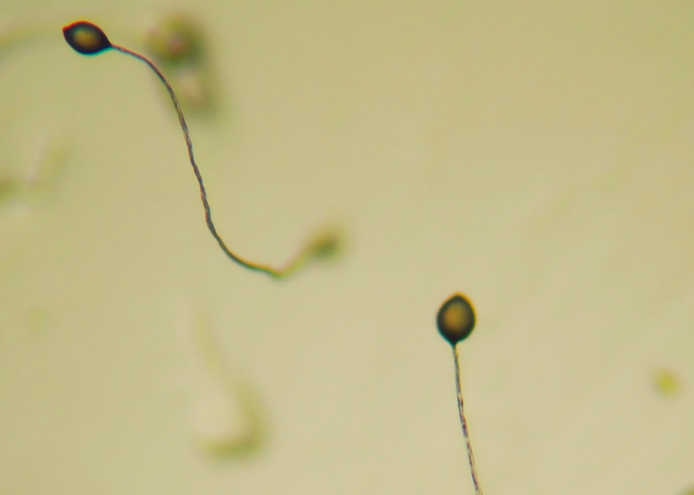 WHO Agrees Compensation Fund for Serious COVAX Vaccine Side Effects

In 1989, in my newly set up laboratory at the Centre for Cellular and Molecular Biology (CCMB), Hyderabad, I began to explore how free-living soil amoebae called cellular slime moulds respond to anti-fungal compounds called phytoalexins.

Plants make phytoalexins in response to fungal attack and injury. It is likely that amoebae encounter these compounds in the soil around plant roots. This research led us, in ten years, to discover the human gene encoding an enzyme, C-14 reductase, for making cholesterol, which is an important constituent of our cell membranes – although having too much of it is bad for the heart.

Other scientists subsequently showed that mutations in this gene cause a severe genetic condition called Greenberg dysplasia, which kills foetuses before birth because their bones fail to develop properly. This story illustrates how research not intended to investigate human health and disease can sometimes end up being medically relevant.

Cellular slime mould amoebae feed and multiply on bacteria growing on decaying organic matter. When the bacteria run out, the amoebae starve, and this prompts them to gather in their hundreds of thousands and form multi-cellular aggregates. Each aggregate then transforms itself into a small fruiting body composed of a slender stalk that holds aloft a droplet of cells. These cells develop into long-lived vegetative spores.

Ants, snails, and other small animals brushing past the droplet disperse the spores to new food sources, where each spore germinates to release a single amoeba that forages for bacteria, multiplies and repeats this life cycle.

We examined the response of the cellular slime mould Dictyostelium discoideum to pisatin, the major phytoalexin of the garden pea (Pisum sativum). Pisatin, extracted from pea seedlings, at a dose of 150 μg /ml in salt solution quickly killed the amoebae suspended therein – but a lower dose (50 μg/ml) did not.

Interestingly, amoebae exposed for 30 minutes to the low dose acquired resistance to a subsequent challenge at the high dose. Since in their natural setting amoebae likely encounter a low concentration first, pisatin might not trouble the amoebae too much.

Intriguingly, still lower concentrations (5 μg/ml) prevented starving amoebae from aggregating. Amoebae are great foragers of bacteria, and pisatin might be the plant’s way to recruit them to continue foraging around root lesions and help disinfect the lesion of potentially pathogenic bacteria.

Alternatively, the presence of pisatin might signal to the amoebae that a nearby plant is in trouble, with promise of an imminent windfall of decaying organic matter and bacteria, and hence to defer fruiting body formation.

Exposure to the low dose, however, did not induce pisatin-resistance in a D. discoideum mutant whose mutation had to do with the synthesis of a compound called sterol. Why did we examine this mutant? Because we had previously used the sterol mutants for genetic analysis, so they were readily available at hand, and it is always a good practice to test any new phenomenon in a variety of different strains.

In 1990, the famous geneticist Robin Holliday visited the CCMB and advised us to explore these phenomena in fungi. I wrote to the Fungal Genetics Stock Center, USA, requesting them to send us standard and sterol mutant strains of the bread mould Neurospora crassa.

The very first experiment with Neurospora revealed the mutants were much more sensitive to pisatin concentrations that had no effect on the wild type (i.e. non-mutant).

Also read: With an Eye on the Future, India Needs More Cryo-Electron Microscopes

Around then, I received a Rockefeller Foundation Fellowship to visit the University of Arizona, to use reagents available there to examine whether the inducible pisatin resistance of the Dictyostelium amoebae depended on their turning on an enzyme to degrade pisatin. It did not.

Contemporaneously, Marc Orbach had joined the university as a new faculty member.  In his earlier research, Orbach had constructed a library of the Neurospora genome. Under his tutelage, I used the library to select for a DNA sequence that when introduced into the Neurospora mutant reversed its pisatin-sensitive character because it carried a functional copy of the missing gene.

Back at CCMB, K.G. Papavinasasundaram, a postdoctoral scientist, sequenced the selected DNA and found that it shared extensive similarity with the gene for C-14 reductase in yeast. This was not very surprising because yeast and Neurospora are evolutionarily closer to each other than, say, to chickens. But very unexpectedly, the Neurospora gene also shared an equal similarity with a chicken protein called LBR.

LBR has an important role in the vertebrate cell nucleus – but no one suspected it also had a role in cholesterol biosynthesis. We were lucky that the Neurospora gene’s sequence followed the yeast and chicken gene sequences into the DNA sequence database, because it fell to us to spot the similarity between the three sequences.

We don’t know why the scientists who uploaded the second sequence failed to find its similarity with the first. Subsequently, we showed that expression of a segment of human LBR in the Neurospora mutant could reverse its pisatin-sensitive phenotype. This established that LBR is a sterol biosynthetic enzyme.

LBR is one of two human genes coding for C-14 reductase. Mutations in it disrupt normal cholesterol synthesis and possibly allow build up of toxic byproducts, but we still do not know how this results in foetal bone growth and development defects.

The other human gene coding for C-14 reductase is TM7SF2. Mice whose TM7SF2 gene was knocked-out were healthy, suggesting that in them the LBR version fully compensates the loss.

It is possible that LBR is the housekeeping enzyme whereas TM7SF2 is a tunable version that can adjust to the local cholesterol demand. Human TM7SF2 did not rescue either the Neurospora or yeast sterol mutants. The TM7SF2 protein might need to be modified before its enzyme activity can be turned on, and yeast and Neurospora cells might not be capable of making the modification.

If this hypothesis is correct, then by testing different LBR/TM7SF2 chimeric proteins for function in Neurospora or yeast, one might be able to identify the modification target.

The twists and turns of our research as it meandered from the ‘high-altitude’ isolation of phytoalexin-responses of soil amoebae to the busy delta of studies on human genes and disease exemplifies the contingent nature of research.