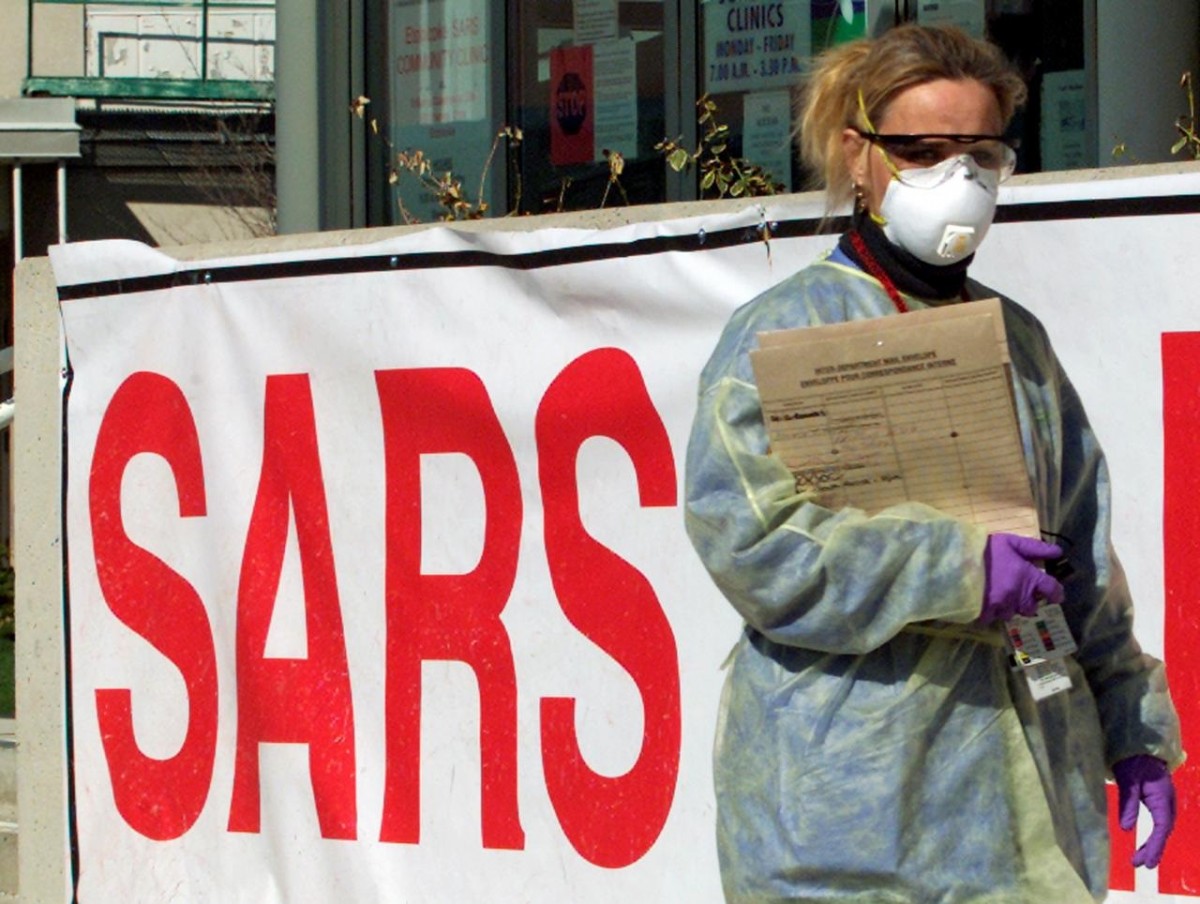 Book Review: What Can India’s Embrace of Nanotech Tell Us About India’s Science?

What makes the new coronavirus such a problem relative to the epidemics we have witnessed in the last few decades, such as SARS (2002-2003), MERS (2014) and Ebola (2013-2016)? Mathematical models, also known as compartmental models, may help us answer the question as well as help devise proper strategies to tame the virus’s spread.

The simplest of such models is called the SIR model. It assumes that every individual in a population is in one of three states: ‘susceptible’ (at risk of contracting the disease); ‘infected’ or ‘infectious’ (capable of transmitting the disease); or ‘recovered” (recovered or died from the disease).

The SIR model assumes that an individual can be easily identified as an ‘infected’ as soon as the person gets the infection. This is not the case for many epidemic, where the virus has a significant incubation period before rendering the person the ‘infected’. For example, the incubation period is 2-7 days for SARS, 2-14 days for MERS, and 2-21 days for Ebola. For the new coronavirus, it is estimated to be 2-14 days (with a median of 5.3 days).

For diseases with a higher incubation period, such as COVID-19, susceptible individuals enter a latent stage called ‘exposed’ following the infection, during which they have a low level of infectivity. An exposed person becomes ‘infectious’ after the incubation period. This is accommodated by the SEIR (susceptible-exposed-infectious-recovered) model, which has been used successfully to understand the Ebola and SARS outbreaks, and is suitable for COVID-19 as well. Different group of scientists have considered the number of such ‘exposed’ individuals to be 20-30-times the number at the ‘infectious’ stage at the early phase of the coronavirus outbreak.

The first factor is measured by the basic reproductive ratio, R0 (pronounced R-zero). It is the number of cases directly generated by one case, on average. For example, if the R0 of an epidemic is 2.7, it indicates that the average number of ‘susceptible’ people who get infected by 10 ‘infected’ persons is 27. While an R0 greater than 1 indicates that the outbreak is self-sustaining, an R0 less than 1 leads to a decrease in the number of new cases over time.

The R0 for COVID-19, measured before any control mechanisms are put in place, is estimated to be in the 2.2-3.8 range. This is similar to the R0 of the SARS epidemic (2.0-4.0), while those for MERS (0.3-0.8) and Ebola (1.5-1.8) were a bit lower. When we implement measures like lockdown or quarantines, we are trying to reduce the effective R0 value as much as possible by reducing the chance of susceptible people catching the virus from infected persons.

Another way to reduce the severity of an epidemic is by increasing the recovery rate, which is the reciprocal of the expected time of recovery of an infected person. This reduces the time for which a person with the disease remains infectious. This factor is, however, harder to control when a new disease like COVID-19 is involved.

The third factor – the death rate – is much lower for COVID-19 (3.4%) than the epidemics listed above. The death rate for SARS, MERS and Ebola were 10%, 35% and 50%, respectively. This said, COVID-19’s death rate is likely to change as the outbreak evolves.

These estimates of reproduction number and death rates suggest that the severity and spread of COVID-19 should not be higher than that of other recent epidemics like SARS. The new coronavirus is about as contagious as SARS but much less deadly. However, the total number of infected people in the SARS epidemic was only 8,098 around the world, with a total of 774 deaths. The novel coronavirus has already infected over a million people.

What could be the reason for this? Has the world become more vulnerable in the last two decades? Is it more interconnected now?

Another important reason could be that SARS had more severe symptoms than the new coronavirus, so people rushed to hospitals shortly after being infected during the SARS outbreak. With COVID-19, it’s possible that many people with milder symptoms don’t even know they are infected even as they remain at risk of infecting other people.

It is also possible that a vast number of mild or asymptomatic cases just aren’t being counted. William Schaffner, a professor at the Vanderbilt University’s school of medicine and who has long advised the US Centres for Disease Control (CDC), told CNN, “Asymptomatic and mildly symptomatic transmission are a major factor in transmission for COVID-19. They’re going to be the drivers of spread in the community.”

In fact, an extensive recent testing exercise in Iceland suggests that 50% of all people with the coronavirus are asymptomatic. The situation might be similar in other places around the world.

As a result, this makes COVID-19 quite challenging to contain. Public consciousness is essential. On the other hand, it suggests that the fatality rate of COVID-19 might be much lower than what is being estimated.

Accounting for such issues will however only change the extent or speed with which control measures need to be taken. With a vaccine at least a year away, many experts have said the outbreak could eventually die out or become endemic, meaning it would circulate permanently in the human population. It goes without saying that where the number of infected has risen sharply, public health measures such as isolation, quarantine and contact-tracing need to be taken at earnest. The SARS outbreak was contained in about six months by adopting such measures.

According to an article in the journal Science in 2003, the value of R0 for SARS decreased from 2.7 to 0.25 after patients were isolated. International cooperation and strict, old-school public health measures such as isolation, quarantine and contact-tracing should work for COVID-19 for the time-being. It has been reported that R0 went down to 0.32 from 3.9 due to the lockdown and centralised quarantine in Wuhan. Thus, we should be extremely cautious but without panicking.