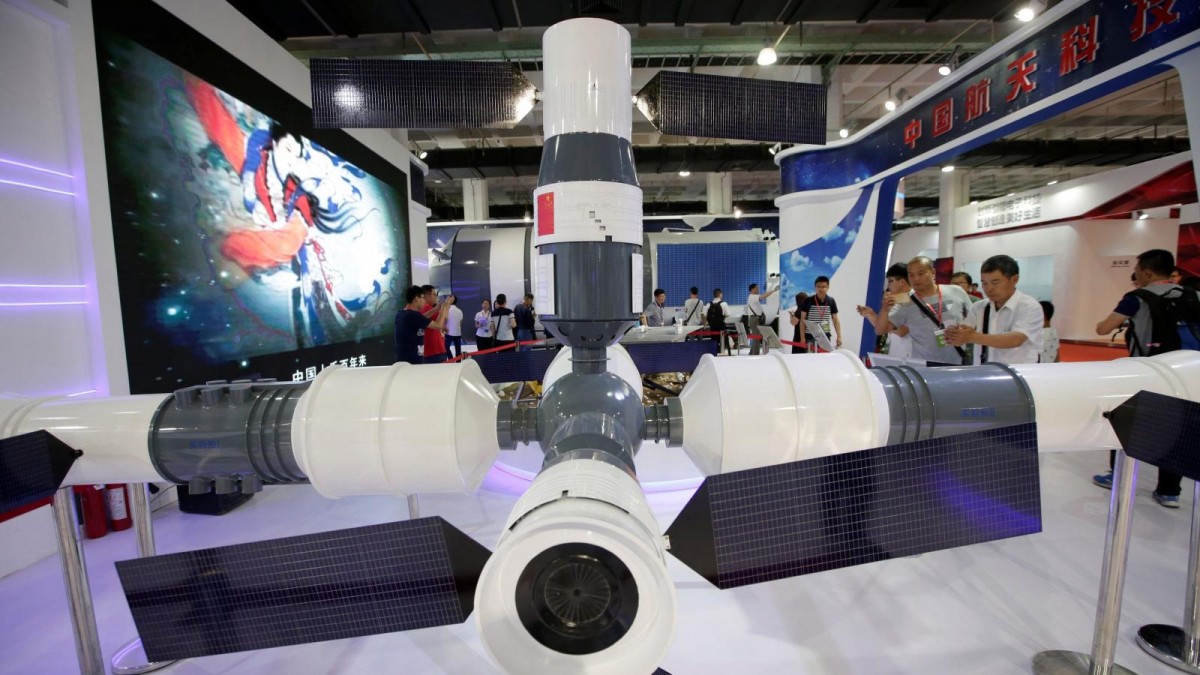 Scientists from the Indian Institute of Astrophysics and IIT-BHU (formerly Banaras Hindu University) have crafted two experiments that will be conducted onboard China’s upcoming space station. The two projects, plus seven others, represent 17 member states of the UN selected for this opportunity as part of a collaborative effort between the UN Office for Outer Space Affairs (UNOOSA) and the China National Space Administration.

UNOOSA and the country’s Manned Space Agency (CMSA) first announced this opportunity in May 2018. They shortlisted 18 applications from the 42 they received. Then, the organisers asked the chosen groups to turn in their implementation scheme proposals, to be judged on the basis of their feasibility, safety and risk analyses, onboard resource requirements, and their ability to independently fund the development of their projects. UNOOSA and CMSA gauged the potential of these experiments along with international experts from universities and research institutes.

“The CSS is a unique space laboratory and we are proud of this initiative to open its incredible research potential to all Member States of the United Nations since the inception of its operation,” Chun Hao, the CMSA Director-General, said in a statement. “CMSA stands ready to help the winning teams prepare and implement their experiments on board of the station.”

All of the winning projects are highly collaborative, comprising researchers from both developing and developed countries. The experiments, which will be carried out in space courtesy the China Space Station (CSS), run from biotechnology to microgravity fluidics.

Also read: With China’s Help, Pakistan Is Planning to Send Its First Astronaut to Space in 2022

“The cooperation takes into account the special needs of developing countries, which were encouraged to submit joint project applications with developed countries,” Wang Qun, the ambassador and permanent representative of China to the UNOOSA, said in the statement. “This is therefore a truly inclusive process and a vivid portrayal of building a shared vision for the future of outer space, bringing its benefits to all humankind in line with the principles of the Outer Space Treaty.”

While six experiments have been accepted, three others have received conditional acceptance. The winners are from many countries: France, Japan, Kenya, Norway, the Netherlands, Mexico, Peru, Saudi Arabia, Belgium, Italy, Poland, the Russian Federation, Spain, Switzerland, Germany, China and India.

“This project is part of UNOOSA Access to Space for All Initiative, which brings together under one umbrella all the opportunities offered by UNOOSA and its partners for countries to develop space research and technology capabilities for space missions,” Simonetta Di Pippo, the director of the office, said in an email to The Wire.

Scientists at the Indian Institute of Astrophysics (IIA), Bengaluru, and the Institute of Astronomy of the Russian Academy of Sciences have designed one of the winning experiments. As part of their Spectroscopic Investigations of Nebular Gas (SING) project, the team will develop a spectrograph that will be mounted on the CSS. This instrument will be used to record the light spectra of the sky at different locations, depending on where the spectrograph is pointed. “What we will get is the intensity of different atomic and molecular lines from which we can deduce the composition of the material as well as the temperature,” Jayant Murthy, a professor at IIA who is leading the SING project, told The Wire.

The team is interested in understanding the origin and nature of the interstellar medium. From observing nebulae, they might be able to capture information about supernovae. Observing galaxies could give them an inside look at their structures. After scanning large swathes of the sky, they plan to assemble a dataset for further analysis. “The process of astronomical data analysis is complex and may depend on the particular application,” Murthy said. “It is always model-fitting in that we try to build models and fit them to the data.”

The second winning experiment from India will be executed by researchers from IIT-BHU, Varanasi, and the Université Libre de Bruxelles, Belgium.

Their project, entitled ‘Behaviour of Partially Miscible Fluids’, will involve the study of fluids that mix only partially with each other, such as maleic acid or urea. The team plans to study how such mixing takes place under microgravity conditions and as the temperature changes. While such experiments have been carried out by NASA for miscible fluids, there is little experimental data on their partially miscible counterparts.

Such fluids find applications in biology, medicine, chemistry and metallurgy. When studying such fluids under the influence of gravity, their relative densities lead to effects that obscure the causes underlying their mixing behaviour. So to explain concentration-driven flow in partially miscible fluids, researchers need to take gravity out of the equation.

“We want to suppress the natural convection,” Pradyumna Ghosh, a professor at IIT-BHU who is leading the project, told The Wire. Natural convection refers to the movement in fluids that is the result of density differences. For instance, hotter air tends to move higher as it is less dense, and cooler air, which is heavier, settles to the bottom. Their natural examples include sea breezes and volcanoes, among others.

The researchers propose to study how the fluids mix in different phases and elucidate the processes responsible for their behaviour, while the temperature is carefully changed. Ghosh said they will be testing several different fluids on the ground, with one selected to be tested in microgravity. These ground-level tests will also involve a computational fluid dynamics study.

“It is a very slow process,” she said. “These experiments take almost seven days.” They will all be recorded on video, which will then be played back to reveal their dynamic mixing behaviour. With the help of these and other experimental observations, the researchers then hope to work out the theoretical underpinnings of localised mixing within partially miscible fluids.

According to Murthy, the team expects to finish work on the spectrograph within two years, following which they intend to send it onboard the CSS. “We hope to continue collecting data from our instrument for at least one year after taking it to the CSS,” he added. “We are continuing to develop instruments for which we will look for flight opportunities. These are still hard to get and we consider ourselves very fortunate that this came up.”

The CSS is set to be launched in 2022 with the selected experiments. The UNOOSA is expected to invite applications for a second set of instruments soon.