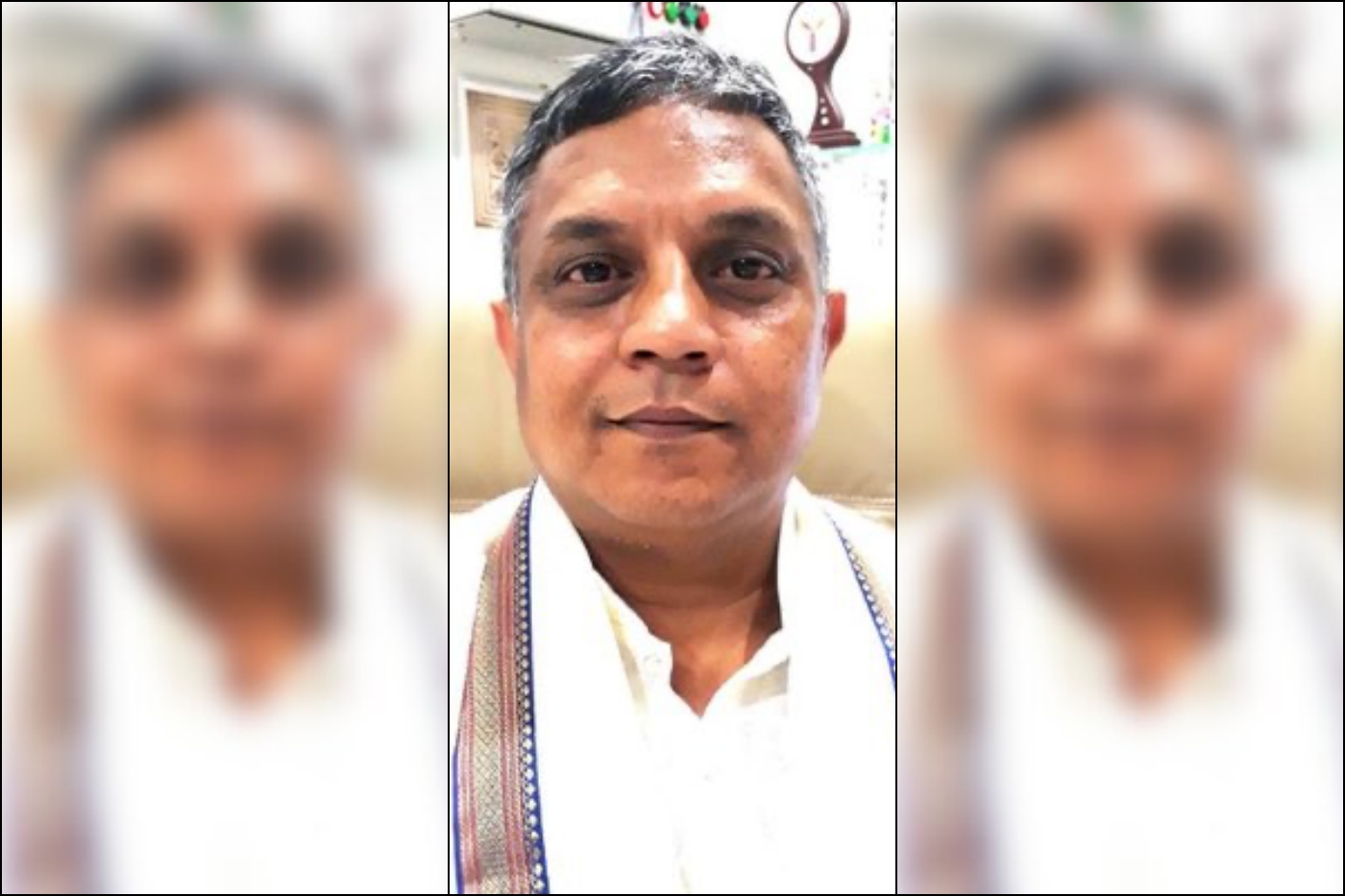 Bengaluru: On August 4, 2021, Mohana Basu of The Print reported that almost a dozen papers coauthored by a scientist at the Jawaharlal Nehru University, New Delhi, who was also an assembly poll candidate for the Bharatiya Janata Party in the West Bengal assembly polls earlier this year, had been flagged for potential manipulation.

Eleven papers coauthored by Gobardhan Das, a professor of molecular medicine, have been flagged on the independent peer-review platform PubPeer over the last two months. Basu had written in her report: “Das … is the corresponding or main author of eight of these papers and a co-author for the rest. Ved Prakash Dwivedi, a researcher at the Delhi-based International Centre for Genetic Engineering and Biotechnology, is a co-author of five of the 11 papers. Anand Ranganathan, a professor at the same JNU centre” – the Special Centre for Molecular Medicine – is a co-author of three of the 11 papers, among others.”

Like Das, Anand Ranganathan is also an open supporter of the Bharatiya Janata Party and has been vocal on Twitter to that end. In the West Bengal polls, Das lost to Tapan Chatterjee of the the Trinamool Congress in Purbasthali Uttar by 6,872 votes.

Basu reported for The Print that Das believed that he was being targeted on PubPeer for his political affiliation, and quoted Dwivedi saying that the issues raised on the platform were being dealt with there itself. But since Basu’s article was published, she has been named in a lawsuit by Das alleging (civil) defamation, along with The Print‘s editor Shekhar Gupta, independent journalists Priyanka Pulla and Saba Naqvi, and the Twitter company.

Both Pulla and Naqvi have been named because they published tweets quoting Basu’s report.

The civil suit, a copy of which The Wire Science has seen, has been filed at the Patiala house court, New Delhi, and is dated August 31, 2021. It says that Das believes he “is at the receiving end of a conspiracy to discredit him and his work at the behest of certain envious co-professionals”.

According to the affidavit, Pulla has been named as one of the defendants because of tweets in which she commented on Anand Ranganathan refusing to be quoted by Basu in her report. Pulla contrasted this with Ranganathan’s adverse comments against one of her reports published earlier, with a different news publication, about Covaxin and its troubles in Brazil.

The Indian government, through the Indian Council of Medical Research, and Hyderabad-based pharma company Bharat Biotech developed Covaxin together – only for the COVID-19 shot to run into a slew of controversies that repeatedly called its quality, and the Indian drug regulator’s integrity, into question.

Also read: It’s Time to Get Serious About Research Fraud

The sole tweet by Naqvi mentioned in the affidavit is also innocuous, saying: “Waiting for TV channels to pick up this JNU story,” followed by the article’s headline and link.

The Print subsequently attached his detailed response to the article at length, followed by Mohana Basu’s response, and both The Print and Basu tweeted it. However, the affidavit goes on to say that despite Das’s and Ranganathan’s clarifications, the report remains online “with the dubious intention of defaming the plaintiff”. The affidavit also calls the report’s headline “misleading, false, frivolous and defamatory,” and of “such a nature that they would lower the reputation of the plaintiff in the eyes of right-thinking people”.

Through the suit, Das is seeking Rs 50 lakh as “damages for the loss of reputation” and a permanent injunction against Shekhar Gupta, Mohana Basu, Priyanka Pulla and Saba Naqvi “to cease the publication of articles, tweets, etc. that are palpably defamatory” against Das.

With the lawsuit, Gobardhan Das is now in the company of many other scientists, and in fact authors of research reports in general, around the world who have clashed with journalists over questions about the former’s work and integrity.

In India itself, a paper published by researchers at the National Centre for Biological Sciences (NCBS), Bengaluru, in October 2020 was retracted nine months later after commenters on PubPeer found evidence of image manipulation. Parallely, journalists for The Wire Science and The Life of Science highlighted that NCBS’s probe into the issue appeared to be flawed and one-sided. The NCBS’s parent body, the Tata Institute of Fundamental Research, Mumbai, subsequently conducted its own and independent probe, and found NCBS’s effort short.

Retraction Watch, a website that tracks retractions of scientific papers and issues surrounding them, has reported on multiple instances of scientists filing defamation suits against journalists as well as other scientists who question them, but often with poor results.

For example, it reported in February 2021 that Carlo Croce, a cancer researcher at the Ohio State University, had lost a court appeal in a case he had brought against Purdue University professor David Sanders in 2017. In 2019, Retraction Watch added, Croce had lost an appeal in a related case against the New York Times, which had carried Sanders’s comments.

In one more-notorious instance, from 2017, a journalist in Croatia reported that the country’s defence minister, Damir Krstičević, had plagiarised many parts of a research paper Krstičević wrote in 1997. The minister subsequently held a press conference denying the allegations – while the journalist, Nenad Jarić Dauenhauer, went on to receive death threats on social media.

Also read: When a Paper Is Published but One Author Is Found Guilty of Misconduct…

In defence of his beleaguered papers, Das’s affidavit says that “none of the journals wherein the research papers was published has chosen to deplatform or retract publication on the basis of the anonymous comments [on PubPeer] that the defendants seem to be setting so much store by in the impugned article”.

However, journals that publish scientific papers – both ‘high-profile’ and otherwise – are infamous for delaying responding to independent experts’ concerns about papers they have published, and in most cases don’t respond at all, as the work of celebrated science-integrity consultant Elisabeth Bik has established.

As The Wire Science editor Vasudevan Mukunth has written, “It is not unheard of for retractions to take years – in one instance, more than a decade. A study published in March this year found that the average time-to-retraction for papers retracted from the biomedical literature, and coauthored by Indian scientists, was 2.86 years.”