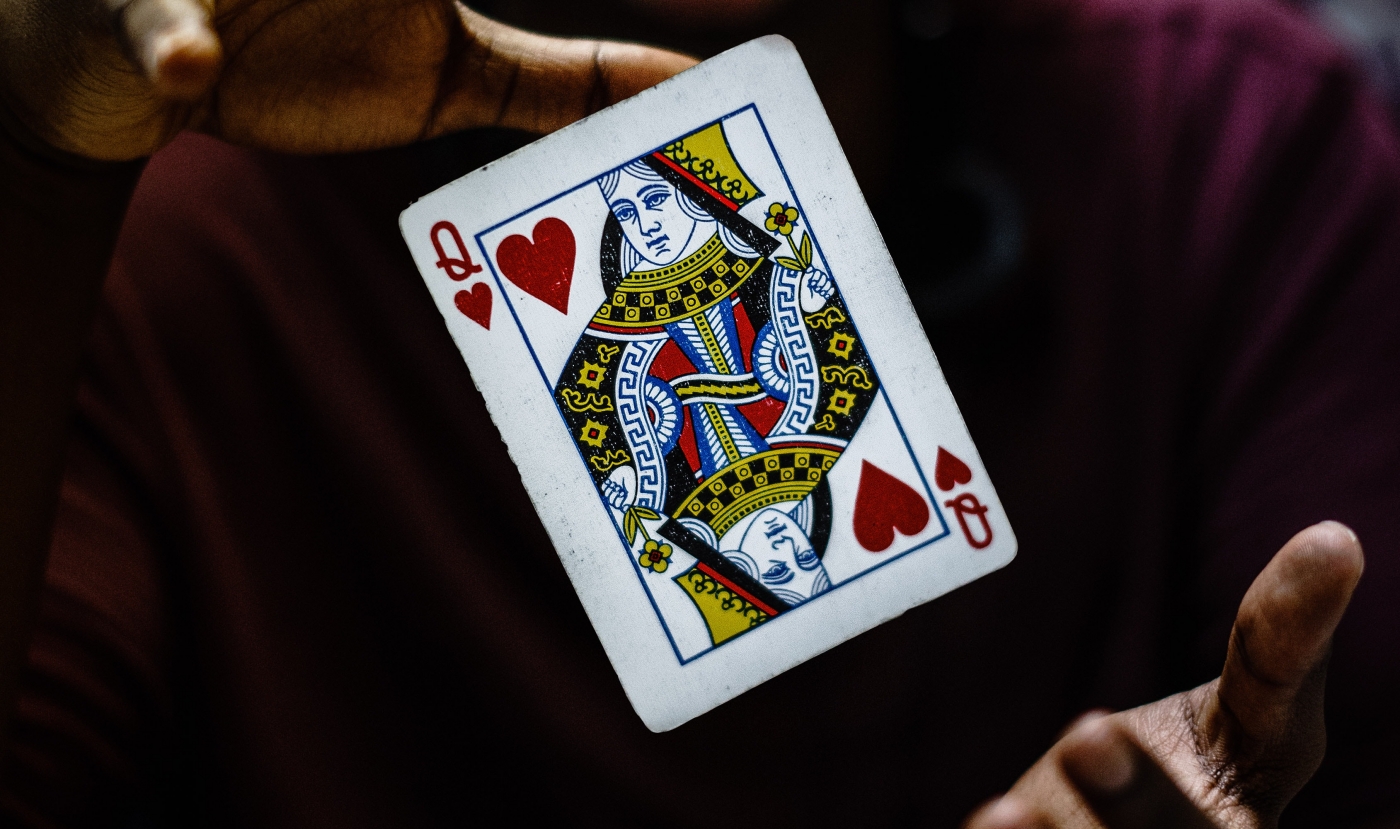 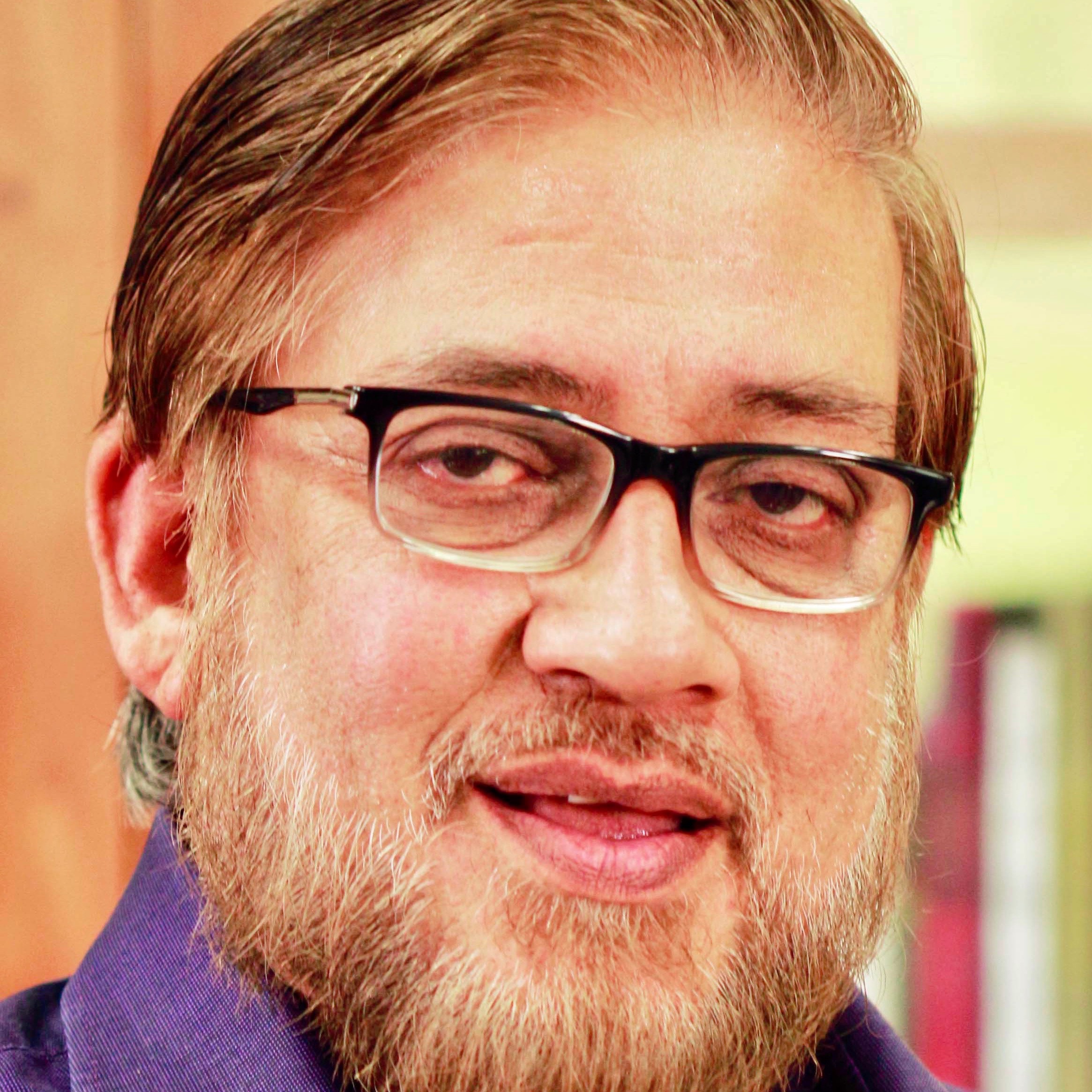 I recently had great fun reading a fascinating book, called Experiencing the Impossible: The Science of Magic (2019), by Gustav Kuhn. I might not have read the book but for the remarkable fact that Gustav Kuhn is both a professional scientist and a professional magician. He is a reader in psychology at Goldsmiths, a constituent college of the University of London, and has published – in addition to this book – over 60 scholarly articles on the psychology and neurobiology of magic.

He and his collaborators were the first to put volunteers into an fMRI machine while they were enjoying magic. They discovered that areas in the brains of their subjects involved in monitoring and managing conflict lit up preferentially. And of course, magic, as Kuhn explains in his book, involves a conflict between what we think is possible and what we think we have seen. In other studies, he has used eye-tracking technology to observe volunteers ‘succumbing’ to magic. His credentials as a magician are equally impressive: he is the president of the Science of Magic Association, a member of the Experimental Psychology Society and the Magic Circle. A young Gustav was hooked onto magic at 13 years, when his school-friend performed the trick of making an egg appear from behind his ear, and hasn’t looked back.

All science should be fun, but Kuhn and his students seem to have more than their fair share. This happens when you combine your hobby with your profession. His students learn to perform magic and show off their skills before children, fellow students and the public, all the while gathering data for their scientific papers and theses. I read the following excerpt (trimmed for length) from one of their recent papers with envy: “Sixty participants recruited on Goldsmiths University campus took part in the experiment. The experimenter was sitting at a table in the university cafeteria, with the deck of cards. The experimenter asked the participant to cut the deck wherever they wanted and put their pile next to the bottom one.”

It is hard to imagine his students not having fun doing their research! Kuhn and his students have made many discoveries about the psychology of magic and the magic of psychology. Such research helps magicians improve their tricks, make them more convincing and entertain ever-larger numbers of people. Conversely, it helps determine the limits and the quirks in our perceptual and cognitive skills, and paves the way to understand the evolution of the human mind. This two-way positive feedback between science and, shall we say, the entertainment industry is an excellent illustration of how expanding the horizons of science can be a win-win situation for all.

But it would be myopic to limit such studies to humans. The role of psychology and neurophysiology in our appreciation of magic, so fascinatingly described in Kuhn’s book, makes it obvious that magic can’t possibly be restricted to humans. I am delighted therefore that there is now an explicit effort to use magic to understand the limits and the quirks in the perceptual and cognitive skills of animals.

On the entertainment end of the spectrum, Jose Ahonen’s viral video ‘Magic for Dogs’ is just the tip of the iceberg, as the internet will easily reveal. On the science end of the spectrum, researchers have begun to perform magic for animal audiences (birds, dogs and chimpanzees) to see if they enjoy the same kinds of magic as we do. Some effort is needed to assess their non-verbal responses – but nothing that can’t be overcome by ethologists trained in the study of animal behaviour.

In a welcome move, a group of psychologists from the University of Cambridge has now drawn attention to the importance of magic in the study of animal behaviour. Indeed, fooling animals with something akin to magic has been a standard way of gaining access to the minds of animals, from the dawn of ethology, the scientific study of animal behaviour. Perhaps the earliest example is that of the French naturalist Jean-Henri Fabre (1823-1915), whom Charles Darwin called “an inimitable observer”.

One of many insects that Fabre studied was the so-called mason wasp, which builds a mud nest, hunts, paralyses and packs a number of spiders into her nest as food for her offspring, lays an egg and disappears. Fabre played a trick on the wasp: he removed each spider as she added it to the nest, and found to his great surprise that the wasp failed to realise that something was wrong. Instead, she kept on bringing spiders to the nest, and after labouring in this fashion for two days, she finally sealed the empty nest! Insects perform some tasks purely mechanically by instinct, while they can learn and modify other behaviours as required. A simple trick can tell us which behaviours fall into which category.

The German ethologist Konrad Lorenz discovered the phenomenon of imprinting in birds by playing the role of their mother. Since the chicks encountered Lorenz instead of their mother at a critical period in their development, they imprinted on him rather than on their mother. Later in life, they even tried to court him, mistaking him to be a member of their species. Here, recognition is by learning, not by instinct. The Dutch ethologist Niko Tinbergen also played a trick on birds: he offered incubating mother geese a choice of one of their own eggs and a somewhat similar-looking but an abnormally large wooden egg. Guess what, they preferred the wooden egg!

We know today that animals sometimes appear stupid and mechanical, and at other times they appear flexible and intelligent. This depends on the animal’s needs. In their long evolutionary history, wasps and geese have never encountered a Jean-Henri Fabre, a Konrad Lorenz or a Niko Tinbergen playing tricks on them. They have therefore not felt the need to guard against such tricks.

Karl von Frisch, another German zoologist who discovered the honey bee dance language, wondered what the bees would do if the Sun was visible but rendered useless as a cue for orientation. This can happen when the Sun is exactly overhead at noon in the tropics. So he sent his student Martin Lindauer to Sri Lanka to perform the experiment. Lindauer’s findings are worth recalling in his own words:

“As the sun approached nearer and nearer to the zenith, the … bees—to my surprise—suddenly began to stay at home. This was no doubt the most comfortable solution for them, in order to avoid an embarrassing situation.”

I must mention that Lorenz, Tinbergen and von Frisch won the Nobel Prize in 1973 for their playful experiments.

James L. Gould of Princeton University also tried his hand at fooling honey bees. While blocking a view of the actual Sun, he fooled the bees with a ‘second Sun’. He placed a bright light close to the beehive and hoped that they would mistake it for the sun. In a clever twist, he blocked the light-sensing ocelli of some, but not all, bees. The normal bees mistook the light to be the Sun’s while the ocelli-blocked bees failed to see the light and used polarised light instead. As a result, the two sets of bees saw two different Suns and therefore ‘spoke two different languages’. Put another way, they lied to each other regarding the position of the Sun.

‘Magically’ displacing ants or beetles returning home with food has been a powerful way to understand how they find their way home, as we saw in the previous article in this column.

We, too, have fooled the wasps that we study. Wasps, like ants and bees, are known to tolerate only close relatives in their nests and chase away non-relatives. We sneaked in newborn wasps that had not yet acquired or learned their identity, brought from Mysore, into wasp nests in Bangalore. Both the Bangalore and the Mysore wasps were fooled; indeed, the Mysore wasps even went on to become future queens in the Bangalore colonies. Wasps measure genetic relatedness simply by a rule of thumb (as we do too most of the time): if you are in my nest, then you are my relative.

There is yet another twist to the story. The use of magic to fool animals is actually millions of years old. Animals have long been playing tricks on each other. The best-known examples of this are to be found among certain birds, especially those that belong to the crow family, which hide away caches of food for later use. And not only do they cache different items of food in different places and remember them – they are also known to fool onlookers and potential thieves by bluffing caching manoeuvres before doing the real thing and moving the food items from time to time.

Nicola Clayton, a professor of comparative cognition, and Clive Wilkins, a magician and artist in residence in the department of psychology at Cambridge University, have teamed up together to take our understanding of bird cognition to new heights.

It is easy to see that studying these matters requires scientists to have a child-like, playful, even mischievous streak. The reward of course is double – science and fun.

The Wire Science@TheWireScience
4 Following 27.7K Followers
Agrarian scientist Debal Deb, known as India's 'rice warrior', was particularly critical of what he believes are th… https://t.co/gYpYSo5K7w
8 hours ago
On October 5, #CarolynBertozzi became the eighth woman to win a Nobel Prize for chemistry while #BarrySharpless bec… https://t.co/aldNXwbfwn
10 hours ago
1
RT @1amnerd: In 2021, 13 kids died due to poisoned cough syrup made by a drug maker in HP. The culprit was a licensed manufacturer older th…
12 hours ago
30
Per the 2018 annual report of the erstwhile University Grants Commission, India had 725 universities (at the time),… https://t.co/G5WGYlLwz1
12 hours ago
3 3
RT @1amnerd: "Government drug labs in at least seven states and one Union territory have either not conducted impurity tests ever or haven’…
12 hours ago
5
The Kedarnath yatra this year has received as many pilgrims who visited the temple in 2019 in just three months. Bu… https://t.co/Sbay90wD0x
13 hours ago
1 4
A story of three scientists who simplified drug synthesis, the study of glycans and the pronunciation of reaction n… https://t.co/aZYLMFhaSX
1 day ago
3
The idea of a global treaty on plastic pollution was perhaps set into motion after India's call for a global ban on… https://t.co/lknp51ARlS
1 day ago
1
The Nobel Prize in Chemistry 2022 was awarded to Carolyn R. Bertozzi, Morten Meldal and K. Barry Sharpless for the… https://t.co/w4yyTNVmXj
1 day ago
3
Evidence of the usefulness of the work of Svante and others is the quantity of funds, time and interest that have b… https://t.co/j41ZccfKGX
1 day ago
In an extended interview with @TheWireScience, agrarian scientist Debal Deb spoke at length about the problems with… https://t.co/YqatewqiTF
1 day ago
1
Next month, diplomats from around the world will begin the first negotiations over the scope and aspirations of the… https://t.co/Iu4l3HPjFi
2 days ago
4 7
The work of the three individuals who have won the #NobelPrize for physics this year won't just make you go "wow".… https://t.co/mqJJQiNvey
2 days ago
1 4
When some researchers have suggested that certain alien species may help ecosystems, they've been met with fierce d… https://t.co/6m5hl0b5Kp
2 days ago
1
#AlainAspect, #JohnFClauser and #AntonZeilinger won the 2022 Nobel Prize in Physics for their experiments with enta… https://t.co/VyT2HrIhJy
2 days ago
3
Contact us