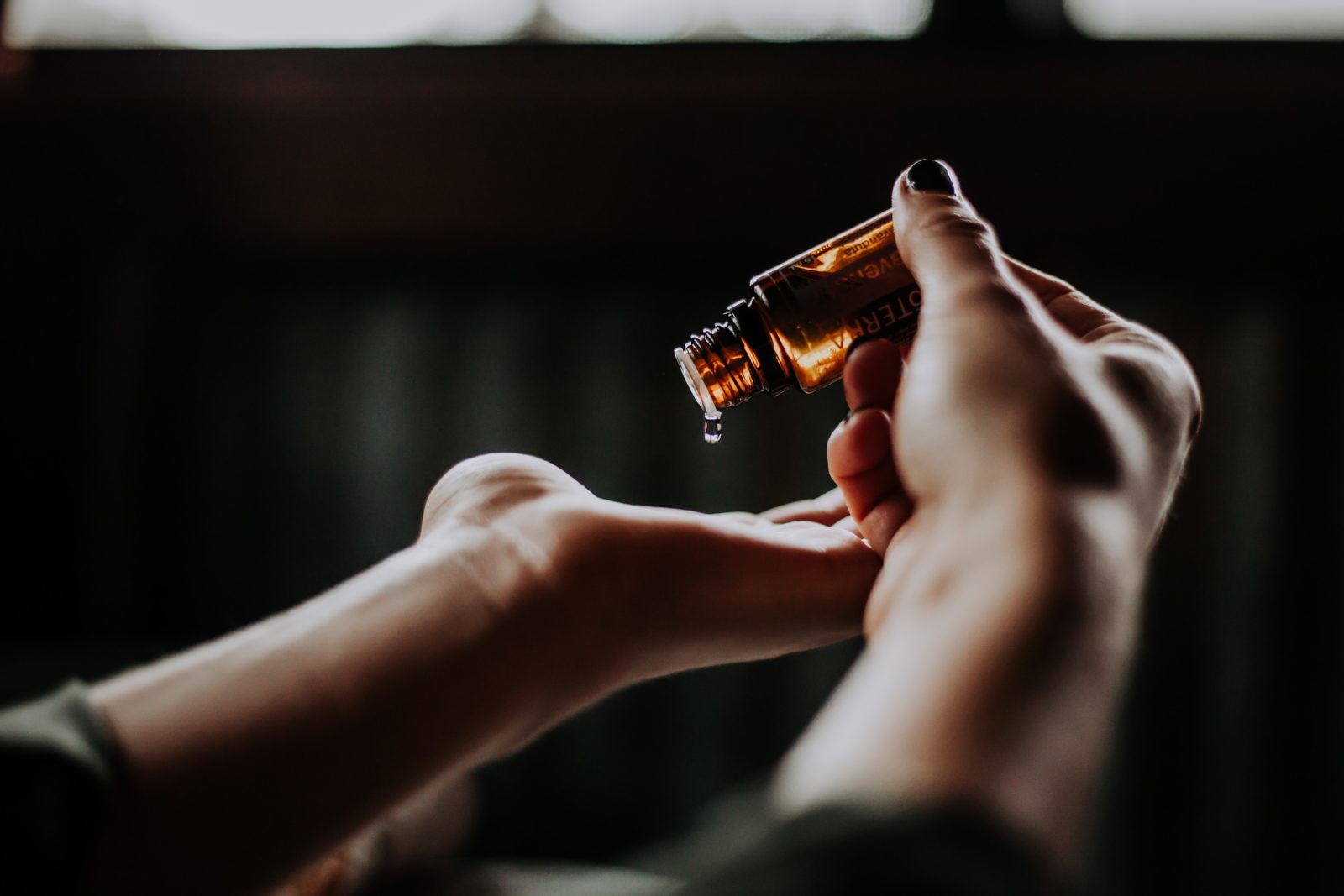 After a bungled advisory on ‘alternative’ remedies for COVID-19, India’s AYUSH ministry appears to have regrouped with a better strategy to investigate AYUSH treatments. It has created an interdisciplinary task force chaired by Bhushan Patwardhan, vice-chairman of the University Grants Commission, and including members from multiple research agencies, and with a clear mandate that addresses some of the major issues the traditional medicines enterprise India faces today.

AYUSH treatments have justifiably raised questions about their safety and efficacy. Since the ministry was born (from a department) in November 2014, the statements it has issued about this or that remedy have more often than not been disproportionate to the quality of evidence in support of the remedy. There have been few, if any, efficacy studies that have been reproducibly and independently validated even as there has been a surfeit of pseudoscientific claims.

For example, the AYUSH ministry claimed its March 6 advisory on symptomatic relief from COVID-19 was based on classical texts and the scientific literature. But the references weren’t indexed, so there was no way to tell which bit of advice came from the classics and which from scientific evidence. This type of muddled communication has become typical of the ministry.

In addition, given the limited resources the government has allocated for research in the country, the justification to sink money into AYUSH has remained largely political. At the same time, traditional health practitioners struggle with emulating study designs used in modern medicine. A more nuanced understanding of traditional medicine is required to understand why.

The gold standard in clinical studies is the randomised, placebo-controlled trial with a sufficient number of participants and a good study design. While there have been large studies of homeopathy that suggest it is no better than a placebo, researchers haven’t undertaken similar efforts with Ayurveda, Unani or Siddha.

Herbal medicines in Ayurveda are expected to be consumed in a particular manner, together with a certain diet and lifestyle. A positive outcome is contingent on the patient following all these elements together. With such holistic and personalised treatments, it is difficult to design a reasonable control or placebo. Reducing traditional medicine to a single intervention to suit current research protocols would be a disservice to the practice.

Another issue is the lack of precise standards for herbal formulations. The Central Drug Standard Control Organisation (CDSCO) allows a formulation to claim “Ayurvedic medicine” status if its declared ingredients and method of preparation is as per the classical texts. The Drug and Cosmetics Act 1940, the law that governs CDSCO, lists around 54 such Sanskrit texts. The Act assumes that there is a single version of all these antiquated texts.

Not surprisingly, this creates some leeway in what really goes into a formulation, and together with lax regulatory oversight it means a consumer can never be sure if formulations across brands are exactly the same.

Modern medicine does not face this problem because it typically tests one drug or a specific combination of drugs, each with a well-documented formula and method of preparation. No matter which foil or bottle aspirin comes from, it will always be 2-acetoxybenzoic acid. It also doesn’t help that Ayurvedic formulations may contain several ingredients. The popular Chyawanprash has amla (gooseberry) and 50+ other herbs.

Finally, many traditional health practitioners do not reveal exact recipes fearing intellectual theft. As a result, efficacy studies are either absent or poorly executed. Lack of robust studies at the molecular level, to understand how and if formulations really work in the body, further compound disbelief in AYUSH treatments.

The new task force, set up in early April,  appears to have acknowledged these difficulties, and addresses them by taking on board experts from other science agencies to help design and implement their studies. Its members are from the Indian Council of Medical Research, the Council of Scientific and Industrial Research, the Department of Biotechnology, the AYUSH ministry and the WHO.

The task force’s terms are clear. It has a three-pronged purpose: document health practices, support research on chosen practices in the lab and on humans, and draft protocols for AYUSH practitioners treating COVID-19 patients.

On April 21, this body announced an extramural research (EMR) scheme for those intending to study AYUSH treatments for COVID-19. According to J.L.N. Sastry, CEO of the National Medicinal Plants Board and the task force’s secretary, “Of the 2,300 projects received, only single-digit proposals are likely to be funded.”

According to the AYUSH ministry’s notification, the task force wishes to have the efficacy of a small list of herbs – ashwagandha, yashtimadhu and guduchi with pippali – and a single formulation, AYUSH-64, tested as prophylactics.1 These trials will have frontline health workers as participants, and will presumably later be extended to the general population later.

The funding rate (0.04%) and the focus on a few herbs will allow the task force to address the rigour and standards issue together. However, the task force’s limited description itself raises new questions.

For one, how much is this study going to cost and where is the money going to come from? And will the ministry receive a separate grant to implement the body’s suggestions?

Second, the EMR scheme was open for only nine days, from April 21 to May 1, and it required proposals to ask for no more than Rs 10 lakh and to be completed within six months each. These are very tight conditions for biomedical research, where patient recruitment and reagent procurement alone can take months.

Third, while health minister Harsh Vardhan announced on May 7 that clinical trials are already underway, they don’t appear to have been registered on the Clinical Trial Registry of India, a prerequisite for any clinical trial in India.

Fourth, the AYUSH ministry launched an app called ‘Sanjivani’ to track participants’ compliance with the suggested protocols, but the target sample size – 5 million individuals – seems too large. Indeed, while this is welcome from a research point of view, we don’t know if the ministry has endeavoured to protect users’ privacy and if the data it collects will be anonymised before independent analysis. It’s also possible that state-level AYUSH boards will be pushed to recruit registrations to reach the magic number, likely yielding a biased sample pool.

Fifth, the description doesn’t clarify whether the results of the study will be published in peer-reviewed journals and if the data will be shared with independent researchers.

Finally, it’s a bit ironic that the ministry is already advertising “immune boosting” remedies even as it prepares to look for clinical evidence for some remedies for the first time.

Neither Sastry nor officials of the Ministry of AYUSH, contacted over email, responded to these questions.

The closest comparison for Ayurveda studies is traditional Chinese medicine (TCM), which has widespread traction in China. Starting with the SARS outbreak in 2002, a large fraction of the infected Chinese population received conventional and TCM treatment. Adjuvant, or ‘add-on’, therapies such as these allow researchers to administer both types of treatments together.

A few meta-analyses of such studies suggest TCM had positive effects but stop short of claiming benefits, due to the absence of high-quality clinical trials. The AYUSH ministry must not make the same mistake.

In China, the National Administration of Traditional Chinese Medicine regulates TCM, under the broader National Health Commission umbrella (to which the Chinese CDC and the Chinese Academy of Medical sciences also report). This administrative integration creates channels for inter-agency cooperation.

Today, the COVID-19 crisis has provided a scaffold for similar inter-agency collaboration between the Ministry of AYUSH and other government science departments. Scientific collaborations are built not only on interests and expertise but also trust. Such cross-linking programs will go a long way to build support for and encourage future collaborations.

Let’s hope that research and policy initiatives of the task force herald a new dawn for AYUSH research in India.