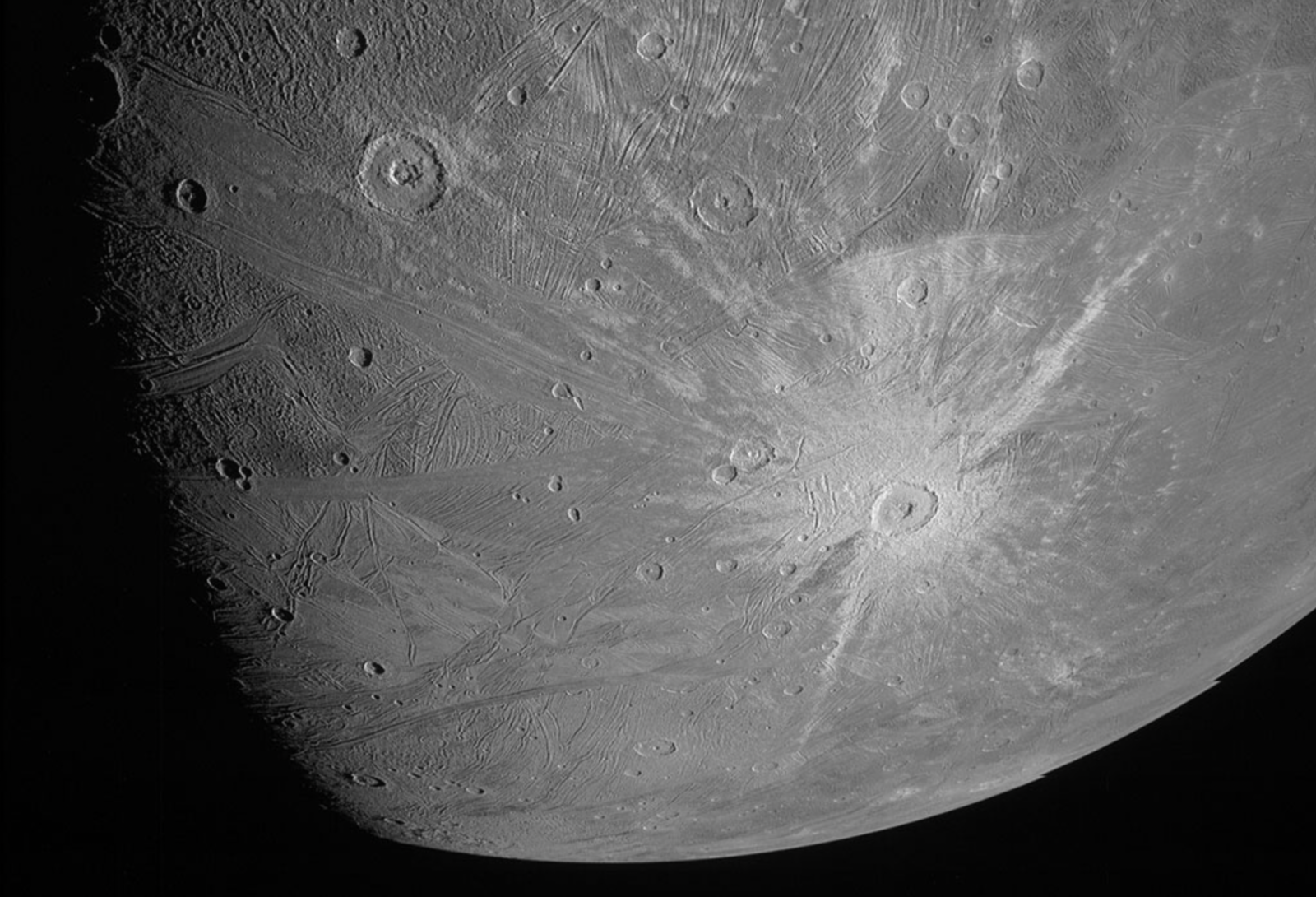 An image of the Jovian moon Ganymede, obtained by the JunoCam imager from an altitude of 1,038 km. Image: NASA Juno

New Delhi: NASA’s Juno space probe captured the first two images of Jupiter’s Ganymede in its closest approach to the moon on June 7. June travelled at 66,800 km per hour to come within around 1,000 km of Ganymede’s surface, becoming the closest any spacecraft has come Ganymede since the Galileo did in 2000.

JunoCam, a visible-light camera, captured almost an entire side of Ganymede, with a resolution of 1 km per pixel using a green filter. For now, the image is in black and white. JunoCam also took images through red and blue filters. Experts will later combine the three primary colours to produce a full-colour picture. The camera’s programme is a part of NASA’s outreach efforts, because its operation is determined by public opinion.

According to Space.com, the JunoCam team will make the raw metadata from the imager available in the public domain, and which citizen scientists can process as they wish and share with the JunoCam community. NASA tweeted one such rendition of Ganymede that Kevin M. Gill, a software engineer at the Jet Propulsion Laboratory, California, produced.

Another look at Jupiter’s moon Ganymede from the #JunoMission’s June 7 flyby. Citizen scientist Kevin M. Gill processed this view from raw JunoCam images, which are available at https://t.co/N0QjWoBILL pic.twitter.com/VhSpvKypBF

The second image from the flyby was taken by the Stellar Reference Unit, a black-and-white camera that Juno uses to navigate. This image shows the ‘far side’ of Ganymede, lit faintly by light scattered off Jupiter, Scientific American wrote.

Heidi Becker, Juno’s radiation-monitoring lead at the Jet Propulsion Laboratory, said in a statement, “This is a different part of the surface than seen by JunoCam in direct sunlight. The conditions in which we collected the dark side image of Ganymede were ideal for a low-light camera like our Stellar Reference Unit.”

“We are going to take our time before we draw any scientific conclusions” from the images, Scott Bolton, Juno’s lead scientist at the Southwest Research Institute, San Antonio, told Associated Press.

Juno’s flyby also explored Ganymede’s composition, magnetosphere and ice shell. In 1996, the Hubble space telescope had found evidence of a thin atmosphere on the moon. Ganymede is also the only moon in the Solar System to generate its own magnetic field.

The spacecraft has been observing Jupiter and its moons since July 2016, and is expected to do so until 2025. Its next target will be the moon Europa in 2022, followed by two flybys of Io in 2024. After that, Juno will dive into Jupiter and finish its mission – instead of floating around aimless and potentially endangering future missions.

The Cassini mission concluded on a similar note in 2017, by diving into Saturn and tearing itself into pieces.

Jupiter’s prodigious gravity will steadily tilt Juno’s orbit, forcing the probe to make its closest approaches over the target bodies’ northern hemispheres. Scientists in turn will use the opportunity to further study Jupiter’s north pole and the region’s storms.