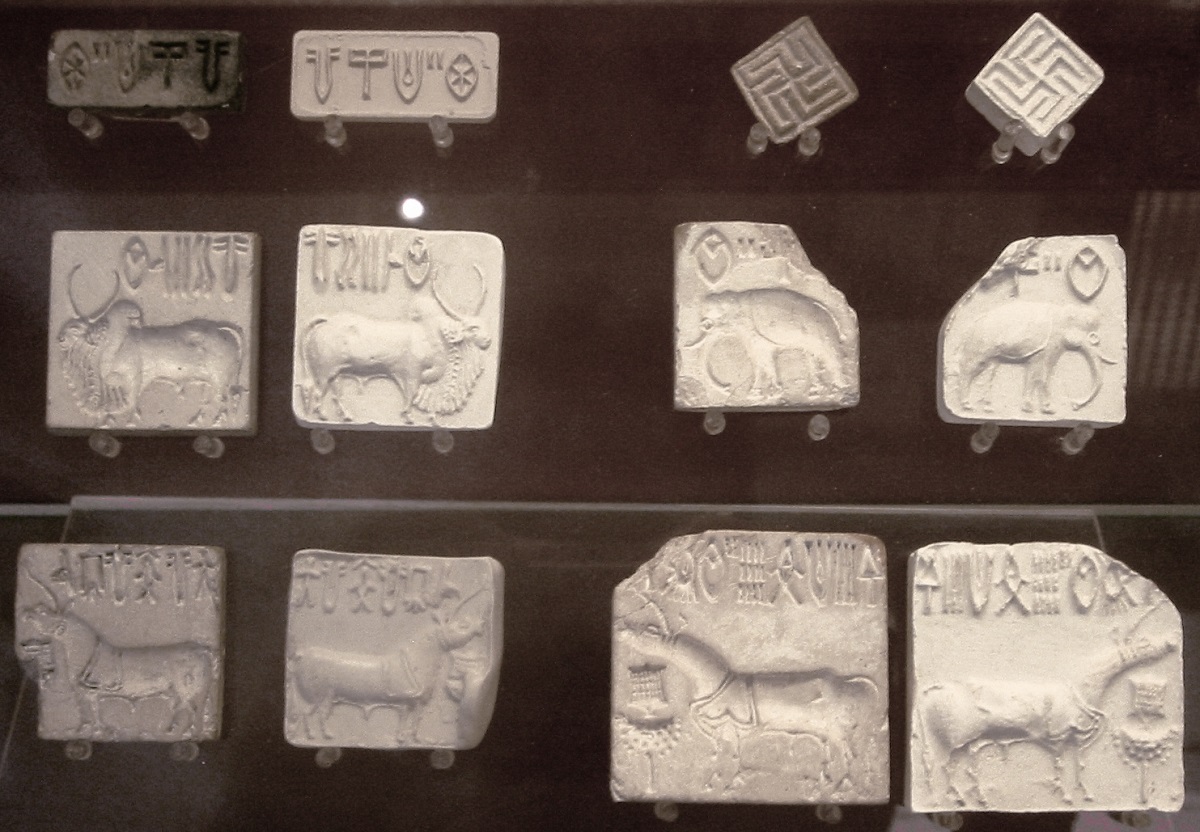 More Fun Than Fun: Plants Also Have Their Social Lives and Family Disputes

New Delhi: Using similarities between, among other things, the word used in bronze-age Mesopotamia for ‘elephant’ and that used by people of the Indus Valley civilisation (IVC), a study published by a Nature group journal suggests that a significant population of the IVC spoke ancestral Dravidian languages.

Though the IVC was the most expansive civilisation of its time – spanning parts of present-day Afghanistan, Pakistan and Northwest India – and its archaeological sites are of great scholarly interest, we don’t yet know which language(s) its people spoke. Their script is also yet to be deciphered.

As the author of the study, independent researcher Bahata Ansumali Mukhopadhyay, noted, for the better part of two centuries there have been several attempts to study if Indo-Aryan languages came to India from outside after the IVC’s decline – or were present in India since or from before the IVC era.

The matter is also of political interest, especially to the ruling Bharatiya Janata Party, whose supporters have strived to deny the Aryan migration theory in favour of the ‘out of India’ theory. Referring to these concerns, Mukhopadhyay has written:

Whether Indo-Aryan languages entered India from outside after IVC’s decline, or were present in India since or from before the IVC era and were spoken in IVC, are questions that have enjoyed almost 200 years of scholarly attention, along with innumerable amateurish attempts, often motivated by identity-politics.

Mukhopadhyay’s study analyses archaeological, linguistic, archaeo-genetic and historical evidence to claim that the words used for ‘elephant’ (‘pīri’, ‘pīru’) in bronze-age Mesopotamia and the word for ‘ivory’ (‘pîruš’) recorded in Old Persian documents dated to the sixth century BC were originally borrowed from ‘pīlu’, Proto-Dravidian for ‘elephant’.

Since the IVC traded extensively with Mesopotamia, especially in ivory objects that were considered luxury goods, these words are “fossilised foreign words” that had their origin in languages that the IVC people spoke, the study has said. The only other source of ivory for IVC was Egypt, whose words for the object (‘ab’, ‘abu’, ‘ȧb’, ‘beḥu’, ‘netcheḥ-t’) don’t share phonetic connections with ‘pīru’. Mukhopadhyay concludes, thus, that the ‘pīru’-based words could likely have originated in the IVC.

While this inference suggests these words originated in the IVC, Mukhopadhyay analyses present-day words for ‘elephant’ in Indo-Aryan and Dravidian languages as well to conclude that ‘pīlu’ is Proto-Dravidian.

The study has also reported independent evidence of ‘pīlu’s’ connection with the meaning of ‘tooth’ in the name of the Salvadora persica tree, commonly known as the ‘toothbrush tree’. In Arabic countries, it is called ‘miswak’, meaning ‘tooth-cleaning-stick’. It has been used “since antiquity as [a] natural toothbrush”, Mukhopadhyay wrote in her paper.

Speakers of several Indic languages call Salvadora persica ‘pīlu’, reinforcing the inference that ‘pīlu’ is related to the Proto-Dravidian word for ‘tooth’.

Mukhopadhyay anticipates that there may be scepticism that the etymological traceability of Salvadora persica in Indic languages only has “accidental similarity” with the Dravidian tooth-word ‘*pal’, rather than being an etymologically rooted tooth-related coinage. The study says that in Gujarat and Punjab, the tree is also called ‘mithi jar’ and ‘khari jar’, which could refer to the salty taste of sticks or the trees’ natural saline-soil habitats. In Tamil too, another popular name for the tree, “‘kalarva’ most likely meant ‘the tree that grows in black saline soil’”. In English too, the toothbrush tree is sometimes called the ‘saltbush tree’. The study concludes:

Thus, ‘pīlu’, the ancient and most wide-spread Indic name of Salvadora persica, must have been a deliberate tooth-based coinage, which is semantically comparable to its most popular English and Arabic names, i.e. ‘toothbrush tree’ and ‘miswak’ (‘tooth-cleaning-stick’).

To add weight to her inference, Mukhopadhyay refers to the fact that the word for ‘tooth’ are considered an ‘ultraconserved’ vocabulary-items, meaning they have not changed for over 15,000 years. Therefore, present-day words can “help us trace the deep linguistic ancestry across different Eurasian languages”, the study says.

However, Mukhopadhyay adds that her study “cautiously refrains” from either proving or disproving the presence of any other language-group in this “likely multilingual civilisation”. She says that the ancient world was “generally more multilinguistic” and the ancient IVC too “arguably hosted more languages than today”.

Mukhopadhyay suggests that since ‘pīlu’ had a Proto-Dravidian origin, her study adds credibility to the empirical genetic research that the Brahui people, the only Dravidian-speaking population of present Pakistan, “were a pre-existing population of Indus valley” and did not migrate there around 1000 CE.

The study also comments on the possible migration of Proto-Dravidian speakers from the Indus Valley to South India, saying the “linguistic and archaeological evidence” presented in it buttresses this “intriguing possibility”.

Note: At 8:23 pm on August 18, 2021, the use of the term “amateurish attempts” was clarified with a longer excerpt from Mukhopadhyay’s paper. At 6:52 pm on August 19, 2021, the word “group” was added after the name of the publication, ‘Nature’, to indicate that the paper was not published in the biology-based journal but the same group’s humanities journal.