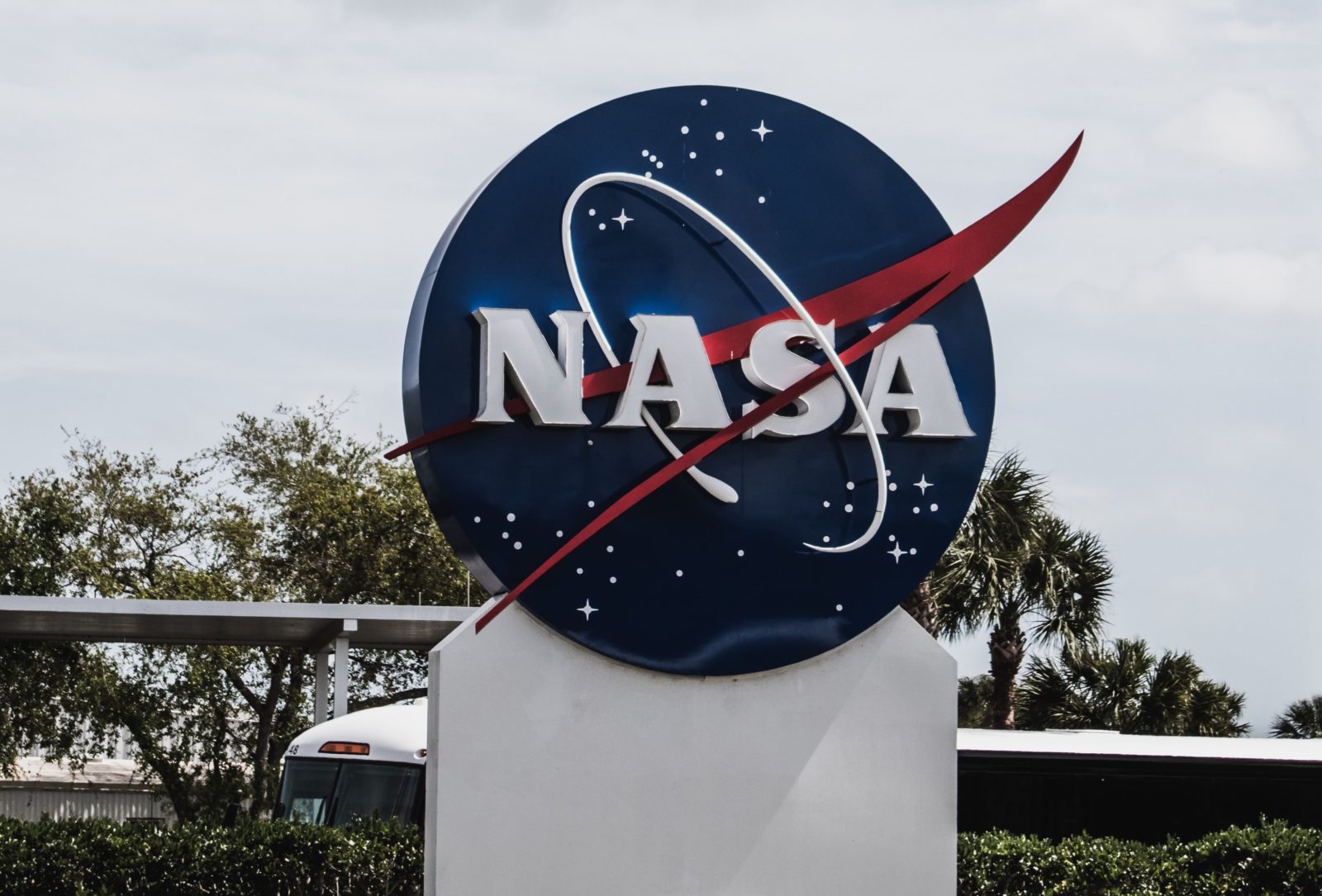 The Environment Is Still Not an Idea Whose Time Has Come

Bengaluru: On August 19, ANI reported – via Twitter – that a young girl from Aurangabad had secured a position as a “panellist” on NASA’s “MSI Fellowships Virtual Panel”. The news agency also quoted her saying, “I wrote a theory on black holes and god. It was accepted by NASA after three attempts. They asked me to write articles for their website.” The tweets were still visible at 4 pm on August 20, 2021, with 1,893 retweets and 13,859 likes.

The announcement is likely to be false.

The panel refers to a call by NASA’s Office of STEM Engagement for subject-matter experts to review research proposals after the agency solicited “proposals from accredited US institutions for research training grants to begin each academic year. This [notice of funding opportunity] is designed to support independently-conceived research projects by highly qualified graduate students, in disciplines needed to help advance NASA’s mission…”.

The proposals are restricted to ‘MSI’, or minority serving institutions – i.e. most of whose enrolled students belong to minority groups.

Update, August 27, 2021, 4:32 pm: Alt News reported receiving a statement from NASA saying the following: “In May 2021, NASA’s Office of STEM Engagement sought applications through a third-party service for expert panellists to review a series of proposals and applications for NASA Fellowships with Minority-Serving Institutions. Diksha Shinde was selected as a panellist based on false information regarding her background and credentials. NASA is currently reviewing the process of verifying potential panellists’ backgrounds. The matter has also been referred to the agency’s Office of Inspector General.”

It is also not clear what the young girl’s theory could be, considering, according to ANI, it relates to “black holes and god”, or why members of NASA might be involved in evaluating it.

This is not the first time a news agency has amplified a potentially fraudulent incident involving (a) a young student, (b) pseudoscientific claims involving sophisticated fields of study (but typically in physics), (c) alleged recognition of some sort from an American institution, and (d) a financial exchange.

For example, in 2013, a student at Anna University, Chennai, who had a few arrears in engineering claimed he had been awarded a PhD from the University of California, Berkeley, for a theory about splitting electrons. The claim turned out to be false. In 2016, a high-school girl from West Bengal claimed she had developed “the black hole theory”, posted it on the NASA website and as reward had received a fellowship from the space agency to study at the University of Oxford, up to her PhD. Also false.

In the present instance, the young girl from Aurangabad reportedly received two certificates from NASA. Neither seems legitimate despite including the NASA logo in one corner. One reads that “This is awarded to XXXXXXXXXXXX for her excellent efforts for the perfect proposals”. No signatures follow, although there are two names: “Jim Bridenstine, CEO & President” and “James Frederick, Department Chair”. James Frederick Bridenstine was the NASA Administrator until January 20, 2021; he was succeeded by Clarence William Nelson II on May 3, 2021.

The photo of the other certificate claims it is a “certificate of achievement” given to the same person, with “Chris Evans” and the name of another individual that is too blurry to read.

More tellingly, ANI reported that the girl had been selected to sit on a non-existent panel on the back of a paper about “black holes and god”. According to a screenshot the news agency shared, purportedly of an email in the girl’s inbox confirming the paper’s acceptance to a journal, the journal appears to be an “International Journal of Scientific and Engineering Research” (IJSER). The paper’s title is “We Live in Black Hole?”

The email also shows that the girl would have had to pay a fee to have her ‘paper’ published in IJSER, with a link pointing to the IJSER registration page. The cost of “research paper registration” varies from $55 to $801. However, contrary to its claim in the email, IJSER doesn’t appear to have published a paper on black holes in May 2021.

India is home to many of the world’s ‘fake journals’, which will publish even nonsensical papers in exchange for a fee. They are the product of, among other things, a ‘publish or perish’ academic culture that has dominated India without paying sufficient attention to academics ability and/or willingness to conduct research. When institutions required even teachers to conduct studies, write papers and have them published, ‘pay and publish’ journals turned up to turn quick and easy profits.

At the same time, these three incidents – and many others that news agencies haven’t covered – highlight three common problems that make the girl and others like her susceptible to being tricked.

The first is NASA’s presence in public discourse in India, especially of late where the space agency has routinely featured in conversations (outside of the spaceflight circuit) as an ultimate arbiter of excellence.

For example, in 2019, former education ministry minister Ramesh Pokhriyal ‘Nishank’ said at the 57th convocation of IIT Bombay, “NASA has said in the near future if computers have to speak, then they can only do so on the strength of Sanskrit, else computers will crash because Sanskrit is a scientific language.” There seems to be an impression that ‘if NASA says something, it must be true’. But like the Indian Space Research Organisation, NASA primarily builds and launches rockets and satellites, and funds space activities and research.

Second, we lack a wider appreciation for what black holes really are. It may not be a coincidence that both the Aurangabad and the West Bengal students claimed, five years apart, that they had a theory about black holes. It is hard to say who got the idea first – a third-party individual, their parents or themselves. But at the heart of these incidents is the conviction that not many people understand what black holes are, and claims involving them are likely to go unchecked.

Of course, the news agency ANI is also to blame for amplifying such untenable claims. (Another email supposedly from NASA contains a glaring spelling mistake that should have rung alarm bells.) Another news publisher also reported that the girl would attend a conference organised by NASA, with the agency bearing all her expenses, in October 2021. A different outlet that had published ANI’s article took it down on August 20, pending review.

As for the third and final problem: there appear to be a Twitter account and a profile on upwork (an online marketplace for freelance work) associated with her name, where she claims to be an “assistant researcher at NASA Langley Centre”. (The Langley website doesn’t show her name.) Both Twitter and upwork require their users to be 18 years or older, whereas ANI’s report says she is only 14 years old.

All this goes to show the inordinate expectations we are developing of our children, to achieve greater goals at younger and younger ages, with little of the requisite support at home or in school. ANI’s tweets on Twitter also include photos of the girl typing on her laptop, at her desk at home, from multiple angles, and speaking to the camera. It’s unclear who created these profiles and photo-ops, but it does not bode well for her and her family’s mental well-being to be exposed this way for dubious reasons.

The Wire Science@TheWireScience
4 Following 27.2K Followers
As we exit the pandemic phase, we must restore some of our equanimity towards microbes and regain an appreciation o… https://t.co/jdpgv5ftBZ
20 hours ago
1
The more familiar accidents all involved civilian power plants, but even these bore military pedigrees, tracing the… https://t.co/OZP0aISKT5
21 hours ago
2
We have little idea of the species that have disappeared because we would never actually contemplate their existenc… https://t.co/DIyPFHrbH8
1 day ago
2 7
As the war in Ukraine and a weaker yen hit households, a vote in Niigata will be closely watched as a gauge for the… https://t.co/ItmQbWh2Oi
1 day ago
3
Menstrual hygiene is important to ensure that we empower women and girls – and includes access to safe sanitation a… https://t.co/B5ZTqsx3Kj
1 day ago
4 4
Heavy metals in solar panels such as lead and cadmium have been known to seep out of the cells, enter groundwater a… https://t.co/HlLsxQctpw
2 days ago
3 2
There are many factors which influence the physician's approach, such as the type of training received, previous wo… https://t.co/J5m7frQe04
2 days ago
3
WHO approved the first malaria vaccine in October 2021. When COVID-19 vaccines were developed and authorised in les… https://t.co/GWK4Lik9PG
2 days ago
1 4
The presence of a healthy array of microbiota is imperative for maintaining nearly every physiologic process and to… https://t.co/oeVHc2fLTR
2 days ago
8 21
Some of the most interesting new knowledge that we have gained by putting honey bees under the scanner of logic, th… https://t.co/qvlUJh5Hby
3 days ago
1
Though rare and usually mild, monkeypox can still potentially cause severe illness. Health officials are concerned… https://t.co/S4jqWQnmoM
3 days ago
3 6
A physician practicing in a remote setting often chooses to refer patients to the next level of care, citing the po… https://t.co/JpFPE5ktSI
3 days ago
Uterine transplants for transgender women appear to be out of the ambit of both Acts that regulate assisted reprodu… https://t.co/G9QqPZCPIy
3 days ago
3
The wholesale transformation of global ecosystems, triggering mass insect declines, could be pushing the Earth past… https://t.co/jnH4ohKE2C
4 days ago
1
It is the first time anyone has shown that plants can hear like animals. But how does the plant hear these sounds i… https://t.co/HZPiHQ5WJL
4 days ago
1 4
Contact us