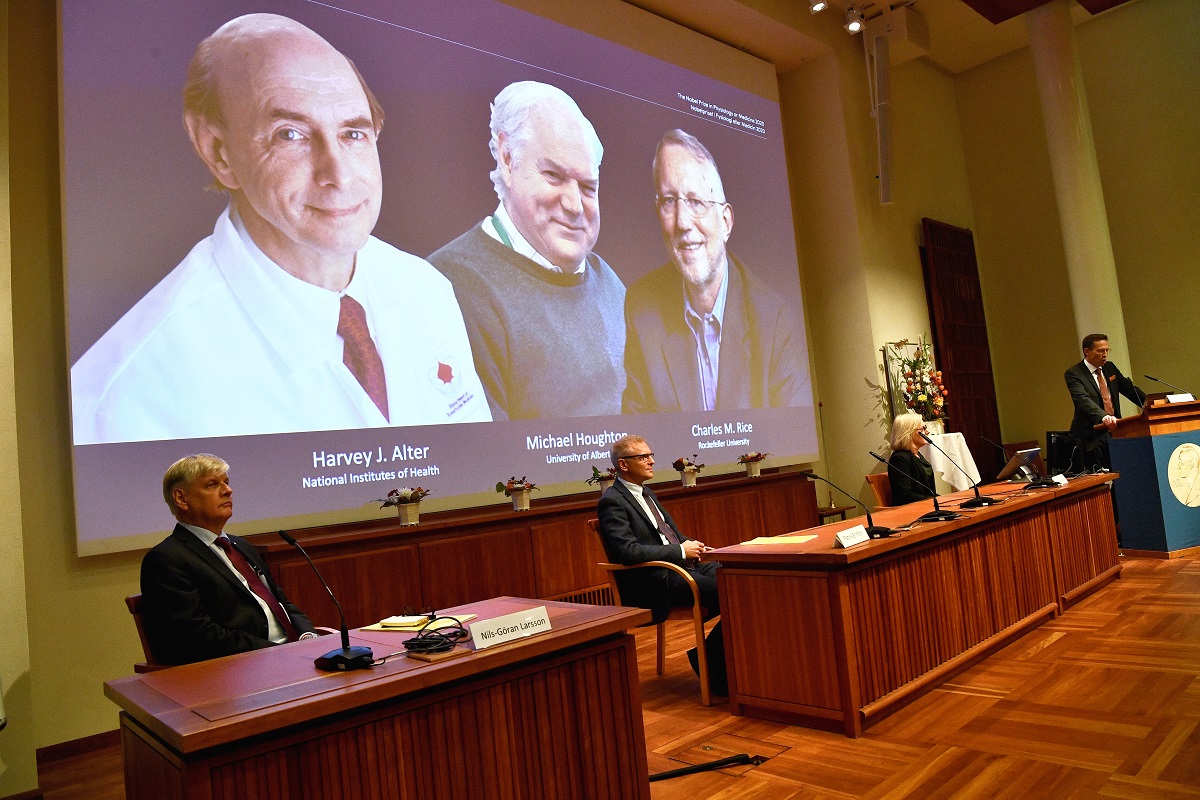 What It Means To Be a Common-Sensical Citizen

Stockholm: Two Americans and a Briton won the 2020 Nobel Prize for Medicine on Monday for work in identifying the Hepatitis C virus, which causes cirrhosis and liver cancer.

The discoveries by scientists Harvey Alter, Charles Rice and Briton Michael Houghton meant there was now a chance of eradicating the Hepatitis C virus completely, the award-giving body said.

BREAKING NEWS:
The 2020 #NobelPrize in Physiology or Medicine has been awarded jointly to Harvey J. Alter, Michael Houghton and Charles M. Rice “for the discovery of Hepatitis C virus.” pic.twitter.com/MDHPmbiFmS

“Prior to their work, the discovery of the Hepatitis A and B viruses had been critical steps forward,” the Nobel Assembly at Sweden’s Karolinska Institute said in a statement on awarding the prize of 10 million Swedish crowns ($1.1 million).

“The discovery of Hepatitis C virus revealed the cause of the remaining cases of chronic hepatitis and made possible blood tests and new medicines that have saved millions of lives.”

While the Nobel awards will go ahead as planned this year, they have been overshadowed by the coronavirus pandemic.

The Nobel Foundation has cancelled the traditional banquet, which forms the centre-piece of the celebrations in December, and will hand out the medals and diplomas in a televised event rather than live in Stockholm.

This year’s winners will be invited to celebrate alongside the 2021 laureates, assuming the pandemic has eased by then.

Medicine is the first of the Nobel Prizes awarded each year. The prizes for achievements in science, peace and literature have been awarded since 1901 and were created in the will of dynamite inventor and businessman Alfred Nobel.