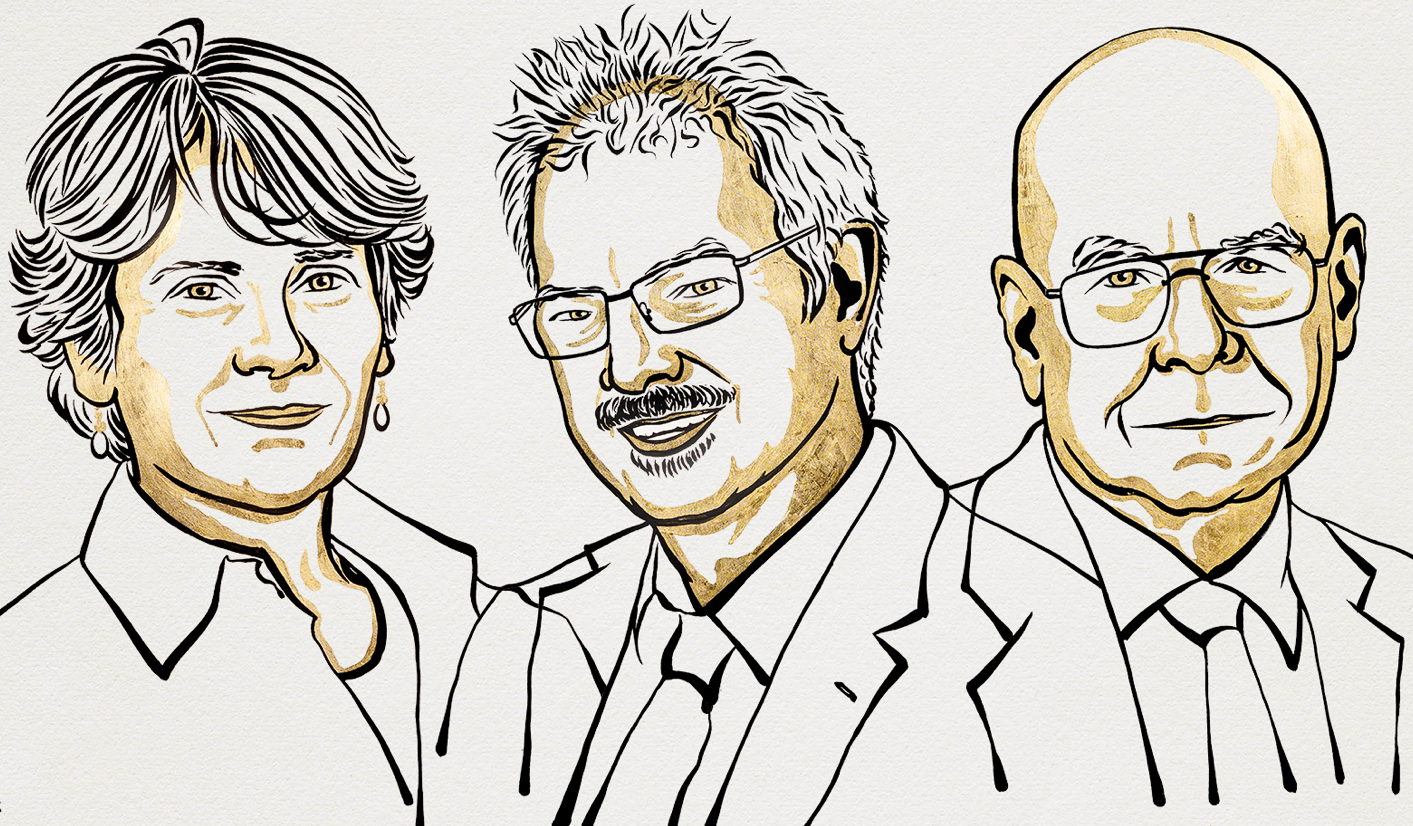 The Nobel Prize in Chemistry 2022.

BREAKING NEWS:
The Royal Swedish Academy of Sciences has decided to award the 2022 #NobelPrize in Chemistry to Carolyn R. Bertozzi, Morten Meldal and K. Barry Sharpless “for the development of click chemistry and bioorthogonal chemistry.” pic.twitter.com/5tu6aOedy4

Carolyn R. Bertozzi was born in 1966 in the US. She got her PhD in 1993 from UC Berkeley, California, US. She is currently the Anne T. and Robert M. Bass Professor at Stanford University, in California, US.

Morten Meldal was born in 1954 in Denmark. She got her PhD in 1986 from the Technical University of Denmark, Lyngby, Denmark. He is currently a professor at the University of Copenhagen, Denmark.

K. Barry Sharpless was born in 1941 in Philadelphia, Pennsylvania, the US. She got her PhD in 1968 from Stanford University in California. She is currently the W.M. Keck Professor at Scripps Research, La Jolla, California.

For the development of click chemistry and bioorthogonal chemistry.

In a press release, the Nobel Institute said:

“The Nobel Prize in Chemistry 2022 is about making difficult processes easier. Barry Sharpless and Morten Meldal have laid the foundation for a functional form of chemistry – click chemistry – in which molecular building blocks snap together quickly and efficiently. Carolyn Bertozzi has taken click chemistry to a new dimension and started utilising it in living organisms.”

“This year’s Prize in Chemistry deals with not overcomplicating matters, instead working with what is easy and simple. Functional molecules can be built even by taking a straightforward route,” says Johan Åqvist, Chair of the Nobel Committee for Chemistry.

Barry Sharpless – who is now being awarded his second Nobel Prize in Chemistry – started the ball rolling. Around the year 2000, he coined the concept of click chemistry, which is a form of simple and reliable chemistry, where reactions occur quickly and unwanted by-products are avoided.

Shortly afterwards, Morten Meldal and Barry Sharpless – independently of each other – presented what is now the crown jewel of click chemistry: the copper catalysed azide-alkyne cycloaddition. This is an elegant and efficient chemical reaction that is now in widespread use. Among many other uses, it is utilised in the development of pharmaceuticals, for mapping DNA and creating materials that are more fit for purpose.

Carolyn Bertozzi took click chemistry to a new level. To map important but elusive biomolecules on the surface of cells – glycans – she developed click reactions that work inside living organisms. Her bioorthogonal reactions take place without disrupting the normal chemistry of the cell.

“These reactions are now used globally to explore cells and track biological processes. Using bioorthogonal reactions, researchers have improved the targeting of cancer pharmaceuticals, which are now being tested in clinical trials.”

The Nobel Assembly of Sweden’s Karolinska Institute said the prize money, worth 10 million Swedish crowns (~Rs 7.47 crore), will be split equally between the three laureates.